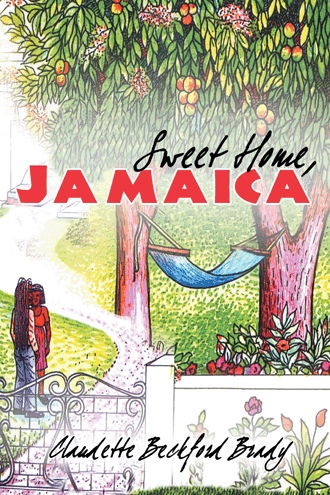 Clive took a sip of his grape juice and popped a nut into his mouth. He grinned at me. “Shell, they weren’t born yesterday. Anyway, what’s the big deal; you have the thickest skin I know. Don’t tell me you’re starting to get sensitive?” I glared at him. “I’ll have you know I am extremely sensitive, Clive Richards!” He sat on the bed beside me. “Shut up and kiss me,” he commanded. I didn’t need telling twice. I put my arms around his neck and glued my lips to his. He kissed me back passionately and we fell back on the bed. I had made sure to wear something that would not be difficult to get out of, and Clive had already found his way beyond the buttons, to my breasts. I gasped as he lightly ran his finger around a nipple. Then he rolled it between his finger and thumb and I could have died and gone to heaven, right there and then. I somehow managed to drag the blouse right off and bared my entire bosom to him. He kissed both breasts and then closed his mouth around a nipple and suckled hard, while fondling the other breast. I couldn’t stand it! The pleasure was too intense. “Ooh, Clive,” I moaned, all the while trying to get him out of his robe. I struggled with the robe but it just refused to come off. I groaned in frustration and Clive, ever sensitive to my needs, left my breasts long enough to slide the robe over his shoulders and down his arms. Now I could feel his skin. But it wasn’t enough. I needed us both naked. I pulled away from Clive and quickly slipped out of my skirt and panties. He took the opportunity to completely discard his robe. For the first time we were both completely naked in front of each other. There was no hint of embarrassment or inhibition from me. I didn’t feel self-conscious in any way; it felt absolutely right to be here with Clive like this. He held me at arm’s length and looked at me in the dim light of the single candle. His eyes roamed my body from head to toe and he sighed deeply and whispered, “You’re beautiful, Shell, every inch of you,” before he pulled me into his arms. I too had been examining his body. I had never seen a naked man before. My friends and I had sniggered over magazines with pictures of naked men and women, but in the flesh, this was my first experience. On previous occasions I had felt the evidence of Clive’s manhood, but I had never actually seen it. Now the full glory of it was standing erect in front of me. Clive was kissing me, but I was ready to proceed further. Never the patient one - and seeing quite clearly that foreplay could be dispensed with; after all, Clive was more than ready, the evidence was there pressing against me – I pulled him down on top of me and thrust my hips hard against him. He groaned and manoeuvred himself into position, and without preliminaries we joined and became one. I had watched a movie once where the female star was asked by her leading man, after they had made love, “Did the earth move for you, darling?” At the time I had thought it to be a stupid question, but now I could understand it absolutely. Not only did the earth move, but I was swept up and up, away into the nether regions of space, and whirled around in a vortex of exquisitely agonizing sensations, which expanded and expanded until they exploded into zillions and zillions of pin-pricks of pure and absolute ecstatic pleasure. When I finally floated back to earth and was able to open my eyes and look at Clive, I could see that he too had been whirling through space; not that I had had any doubts, I had felt him spinning through the vortex with me. We held each other tightly and tried to steady our breathing and our heartbeats, and regain our equilibrium. He nuzzled his face into my neck and whispered, “God, Shell, I never knew such intense pleasure. I was sure I had died and gone to heaven!” “Hmm, me too,” I whispered back. We lay there in each other’s arms, stroking and caressing, while we spoke softly to each other. 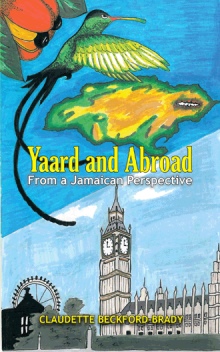 Yaard and Abroad - From a Jamaican Perspective
Claudette Beckford-Brady
$16.95

Michelle Freeman: Strong-willed and opinionated: feisty, determined and independent. Knows what she wants and goes after it. Mavis: Michelle’s stepmother: lacks formal education but possesses a sharp intelligence and innate common sense. Grandma Miriam: Michelle’s maternal grandmother and matriarch of the Campbell family. Richard Armstrong: Tall, good-looking; dreadlocked. Entirely too sure of himself in Michelle’s opinion, but captures her heart anyway. Michelle Freeman, affectionately known as Shell or Shellie, was born in Jamaica but migrated to England with her parents at the age of three. At age thirteen her life is thrown into turmoil when she accidentally discovers that her father’s wife, whom she had always taken for granted as being her mother, is in fact, not. This shocking discovery leads her to begin a search for her biological mother. The search eventually takes her to Jamaica where she finds a large extended maternal family and develops a deep and abiding love for the island of her birth. After leaving school and university in London, where she studied journalism, Shellie decides to leave the UK and practise her profession in Jamaica. However, all is not plain sailing, as she encounters culture shock, prejudice and jealousy and comes to the realisation that her beloved island is not the idyllic paradise she had supposed it to be. Set in South London and on the beautiful island of Jamaica, the story spans seventeen years, following the fiery and feisty young woman through her teenage years, young love and tragedy, and into adulthood and more conflicts and clashes.

The author was born in Jamaica, West Indies. In 1964 at the age of seven she joined her parents in Gloucester, England where she attended junior and secondary schools. On leaving school in 1973 she worked in the British civil service and local government in the field of administration and Human Resources. Her experience has given her a unique insight into the places and characters depicted in her novel. Her writing is descriptive, colourful and entertaining and will take readers on an exhilarating roller coaster journey of tears and laughter. Claudette has always loved writing and has written many short stories for which she has won a number of prizes and awards in local writing competitions. Her short fiction has also been published in the literary sections of local newspapers. Sweet Home, Jamaica is her first full length book and her first internationally published work. In 1990 she left the UK and returned to Jamaica where she now resides.