You Would Have To Walk In MY Shoes 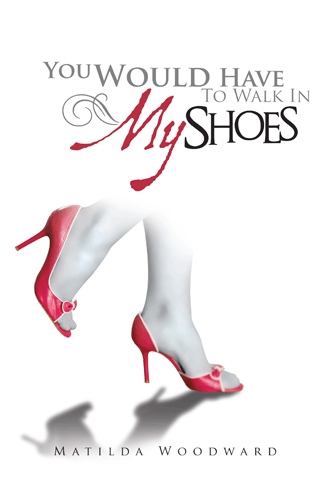 Chapter 1 I was born in London on January 14, 1940, at the beginning of the Second World War, in a ground-floor back room, as the clock struck 2.00 a.m. My mother was twenty-nine and my father fifty-six. I was the third and youngest child, the only girl with two older brothers – Charlie, aged ten, and George, aged seven. My first memory is of being walked around the block by my two brothers. I was wearing a brown siren suit, and it was raining. I remember walking up to a house, up the steps, and into a room where there was a lady combing her hair in front of a mirror. I remember thinking, Who is this lady? She looks like Mummy, but she can’t be because Mummy is around the other side. My mother was part Irish, part Scottish with some Gypsy roots. Her name was Martha Selina. She was a flower seller with a stand in Knightsbridge. A very good-looking woman, she was five foot seven and had jet-black hair, dark brown eyes, and dark skin. She was a real character, a survivor. She was very psychic. Everyone called her the old witch because she would read the cards and tea leaves. She was very good at it, but I used to think she just made it up as she went along. My father, Charlie, was five foot ten with fair hair and blue-grey eyes. He was also a good-looking man. He would have had to be; my mother was a vain woman. Charlie was also a man of strong character, a true cockney, born within the sound of Bow bells. At seventeen, he lied about his age and, in 1900, joined the army. He served during the Second Boer War, where he was wounded by shrapnel and survived gas attacks. He was demobbed in 1904 but rejoined in 1914 for the First World War. He was in the trenches when they were blown up, leaving him deaf. Sadly, I have no memories of my father, as he died on my second birthday from bronchitis at just fifty-eight. According to my mother, he gave me a shilling for my birthday (he called me his lady of the lake), and at ten o’clock that night, he died in her arms. My mother was married and widowed three times, and every year until she died at age seventy-seven, she cried on my birthday. I always hated my birthday and never celebrated it, until these last two years. A year after my father’s death, my mother married Ernie, the milkman. She always said it was because he gave her free cartons of cream. Very ill at the time, she had a big operation and, at one time, was given a week to live. I remember her saying after she finally recovered, “When I went down for the operation, I had my fingers crossed and just thought of my two boys and little girl.” She always said that’s what gave her strength to recover. I don’t have very many memories of the Second World War, but I do remember one in particular. I must have been about four. I was playing outside when a siren went off, announcing that there was an air raid. At the time, we lived at the top of the house. I remember banging and kicking the door, but my mother couldn’t hear because she was deaf; she suffered from Ménière’s disease, which affects the inner ear. I just kicked and kicked the door. Eventually, our next-door neighbour came out and literally kicked the door in. I ran up the stairs where my mother was in the kitchen cooking. I shouted, “Mummy, there’s an air raid.” She just grabbed us all and ran down the stairs into the garden, where our Anderson shelter was, and bundled us in. And there we stayed until we got the all-clear.

The story of a woman born at the beginning of the Second World War, Matilda. Her father dies on her second birthday. After this, her childhood was a happy one, marred only by the frequent fights between her two elder brothers, this leaving her terrified of violence. Yet she married a man not only violent, a Jekyll and Hyde, paranoid character and serial womanizer. In her late twenties, Matilda was introduced to spiritualism by a friend. This became her salvation, the one thing that kept her sane. After seventeen years of abuse, Matilda filed for divorce and met the love of her life, a man as spiritual as she. One year on, he committed suicide. A trail of events forced her back into the old relationship. Every time she tries to escape, circumstances send her back. Matilda now believes it is her destiny to be with him and accepts. Read this book for insight on how he perpetually terrorized her and how her spiritual beliefs and love for her family kept her together and the knowing that she will one day be reunited with her soul mate.