The Lab: The Cleanse Begins 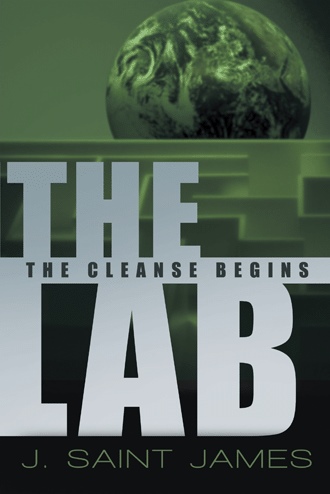 “Wait!” Tommy exclaimed. “I’ve got it. This is perfect. We will say we are studying the Native American tribes of Mesoamerica, the Mayans and Aztecs. The Spaniards were ordered to kill the Mayan priests and then burn the religious texts of the Mayans. The records are in the Vatican library, along with the real reason the tribes were destroyed.” “I have a feeling you mean cleansed,” Dr. Stone said. “Yes. Too bad they did not finish their calendar research. They were mapping the galaxy from the perspective of Lab Site E. Then something happened, and the studies were ordered shut down.” “Did you say the Mayans did not finish their calendar research?” asked Dr. Stone. “Yes, and unfortunately the deceptors thought it would be great fun to start the end-of-the-world scenario with the calendar,” Tommy said with disgust. “That alone almost caused a forced cleanse because the doomsday scenario changed the behavior of the natives. Fortunately, some clever social scientists convinced the Home University that a doomsday was a valid area of research. Of course, this is a residual related field of Christianity and the Second Coming rapture nonsense.” “Why were the Aztecs destroyed?” “That one is a touchy one,” Tommy said. “Cortez, a site enforcer manager under the direction of the Church of Spain, was ordered to investigate the studies conducted by Montezuma.” “Montezuma,” Jacob repeated slowly under his breath. “Yes,” Tommy continued. “When it was confirmed that Montezuma was openly sacrificing lab subjects without proper permission from the Research Oversight Council, Cortez had authorization to assassinate him.” “Cortez was ordered to kill Montezuma?” “Yes, he had to kill him. Not only was Montezuma in breach of lab protocol, but his worship of devil idols deeply offended the devoted Catholic conquistadors that accompanied Cortez.”

In our world where deception and misinformation keep us in the dark, research scientists, Dr. Alexis Fox and Dr. Jacob Stone, find themselves knowing too much.
What if the stories and crackpot theories of our existence are true? What if aliens live among us? What would you do if you found out your work is being monitored by aliens? What would you do if you found out a co-worker is from another planet?
The truth is in plain sight hidden in convoluted religious texts, revised historical accounts, and deliberate cover-ups on the part of the world’s most respected organizations. The tabloids reveal more than speculation and conspiracy theories. They are attempts to misdirect attention away from the real world agenda.

Due to her current employer she is reluctant to provide complete, specific biographical information. J. Saint James is a college professor, a Marine veteran.