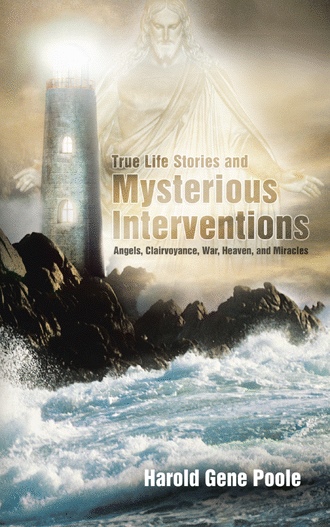 21 year old “Bud” Hawk had hardly eaten any breakfast that morning. His 11 year old sister had awakened the entire family with a nightmare (vision) about him getting his head cut off by a large wooden polishing wheel he worked with. She had pleaded with their father, John Hawk, to not let him go to work that day!
As he headed for the back door, Bud leaned over and kissed his mother’s cheek. Slowly he went into the back yard, past his Father’s favorite rose bush. The words to a familiar hymn popped into his head:
“I come to the garden alone, while the dew is still on the roses; And the voice I hear, falling on my ear, the Son of God discloses.”
“And He walks with me, and He talks with me, and He tells me I am His own. And the joy we share, as we tarry there, none other has ever known.”
Bud suddenly feels like Jesus has wrapped him securely in His strong arms! He turns and walks off down the road the seven or so blocks to the Vitrolite Plant.
His father’s advice to demand the wooden wheel, which had developed a long crack the past week, be repaired, or come back home, was only going to get him fired…,but after other workers spoke up in Bud’s support; “Boss Brown” grudgingly agreed to shut it down at 12 noon for repairs..
At exactly 11:05 am; CRACK! It sounded like a canon shot as the wooden wheel exploded… A piece of the wheel struck Bud across his right temple, another in his throat. A worker rushing to his side gasped; “My God, It cut his head off!”
(First occurrence of known clairvoyance.)
(WHAT IF YOUR CHILD TRIED TO COMMIT SUICIDE?)
EXCERPT FROM: A DISCOVERY TOO SHOCKING TO BEAR
I ran screaming for my still sleeping husband. He was awake immediately, and raced to our 16 year old daughter’s bedroom. It was a horrifying scene. Lisa lay slumped over on her side; at the foot of her bed. A sickening blue color to her skin. Candles had been lit surrounding the bed; now burned down and dripping wax all over. There was black smoke in the air, and the smoke alarm was screeching above mournful music which kept cicyling over and over from her CD player. I felt an evil presence in the room!
I saw to empty pill bottles on the floor next to her and pieces of paper. This was a parent’s worst nightmare! My husband started CPR; then yelled at me; Call 911!
I could not move…

As Christians, how do we invite people to learn about Jesus? We can tell them about our beautiful Church and its special programs—or, even more effectively, we can share inspiring life stories. These stories are the mysterious, spiritual, personal narratives that are the building blocks of our faith, and author Harold Poole presents his personal recollections in this collection as lessons of faith in the gospel of Christ.

“Too often the events in their lives which nourish the faith of our faithful senior citizens are lost to us. Harold ‘Gene’ Poole has spared us that loss in the pages he has written detailing many of the events in his life which have been instrumental in forming and growing the faith of this unique Christian man.” —The Rev. Dr. Arthur L. Bennett III, Canon Theologian for the Diocese of West Virginia

Poole was more than eighty years old when he first felt driven to write down some of the mysterious and spiritual happenings that had occurred in his life while protecting his family from serious harm. These are true, inspiring stories from his past, illustrating how to live life to the fullest with God.

Gene is a long time member of Good Shepherd Episcopal Church, where he has served as vestryman and church school teacher. After three answers to prayer for critical health issues, he felt driven to write these stories of his family’s faith and the divine interventions that have blessed their lives. He is amazed that God has shown them so much love and is very thankful that you are taking time to look at his book.