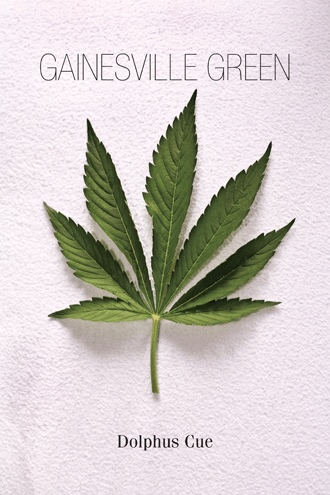 "Well kiss my ass!" Joe Grimes spit out the words like they were tobbacco juice. He spun away from the window and glared at Jimmy, whose knees began to knock together under the table. "See there! See how they do people who aint like them! That's why I don't believe any of that Black Muslim shit. Everysince they killed Malcome X I aint had no use for them. A man is a man. And as long as he's got these"--he held out his big rough hands--"and this up here"--he tapped at his temple--"he can make it! They talk about the white man being a blue eyed devil when they aint nothing but devil themselves! I got a good mind to go out there, and tell one of them devils to move that damn bus! It's blocking our garage. What if we had to get inside! Those devils don't respect anyone but their own!" Jimmy watched while Joe Grimes vented. He dare not look away. Joe Grimes lean forwarded and pounded a hard fist to the table. Jimmy jumped. "You wanna know how to make it in America? Huh? Get off your lazy black ass and work! Save your money, then put your money to work!" He stood to his full height, pounded his chest like an enraged Tarzan. "Look at me! I came to Chicago with nothing! I couldn't even read or write! I was fresh from the sticks of the South! I had nothin' but the clothes on my back. But I had these!"--he jutted big rough callused hands toward Jimmy's wide stretched eyes--"and I had this"-- he tapped at his temple with a finger like a woodpecker tapping on a hollow tree. "I had to work hard for what I got, hard honest work! You think that old man over know anything about hard honest work?"--he pointed toward the Mosque, shaking a finger like he was condemning it and all who were inside-- "Huh? He got those fools tricked, givin' him money everyday. You think he does an honest day's work, huh? You think he use these!"--again he jutted his hands before Jimmy's eyes. He shook them like he was demanding answer--" Huh? You think he use these?" Jimmy's eyes swithched from side to side like a school boy's insearch of the right guess. "No, he uses this"-- he tapped lightly at his temple;his voice soft and high like an uncertain reply. Joe Grimes snatched his hands into fists. He huffed and puffed like the wolf who tried to blow down a house of brick. He spun quckly away from the table. He took three steps, and then spun back around. He leaned across the table and shook a threatening finger merely inches away from Jimmy's nose. Jimmy's knees knocked furiously together under the table. He braced himself for a slap,or a whack, or some sort of physical abuse. "Boy you aint got a lick of sense, you know that?" "Yes sir," Jimmy said quickly, cowering, ready to dodge or duck under the table. "You stupid! You down right stupid, I ought to…"

This book began as a ode to the oak trees of Gainesville. The city was so surrounded by these monsterous oaks it looked as if it sat in the lap of a forest. But as the city grew more and more the developers moved in and begain uprooting the trees. There was a hue and cry about saving the trees and keeping Gainesville green among the concerned. I took photos of the mighty oaks as a multi-media project, which I entiled Gainesville Green and repeated throughout the project:Mother nature made her healthy and clean, but only you and I can keep Gaineville green. Later I learned that "Gaineville Green" also referred to home grown Marijuana.

Dolphus Cue is a self taught writer on a mission. He set out to teach himself how to write in his home town of Gainesville Florida, the same year Richard Nixon resigned the Presidency. Essentially, he started at zero and labored for years in obscurity until a lack of faith married to a lack of confidence led him to give up on his dream of ever becoming a writer. Today it’s a joy to read his work. It’s infused with a delightful quality of bliss. Words, phrases, and even paragraphs leap from the page and take ones’ mind to a higher level of consciousness. His voice is like fresh water from an ancient spring. Surprisingly enough, it went unheard for nearly a generation. Today it is only by grace or rather Providence that we are privilege to hear this new voice from an old source. It happened in the year 2000 as Dolphus Cue demolished an old rusty shed in his boyhood home. In the midst of the rubble he discovered a water stained cardboard box with his name written on it. He couldn’t recall the logistics that put that box there, but the moment he lifted the lid, he recognized the remnants of a dream deferred. The box contained the bulk of his early efforts at writing when he dared to dreamed of becoming a published writer. As he leafed through the pages, reading here and there and waxing nostalgic, he made a momentous decision. He would try it again. This was his second chance! He wouldn’t fail this time. He would publish everything in than that cardboard box or die trying. Gainesville Green is a story taken from that cardboard box, but fear not, that box is brimming with more.