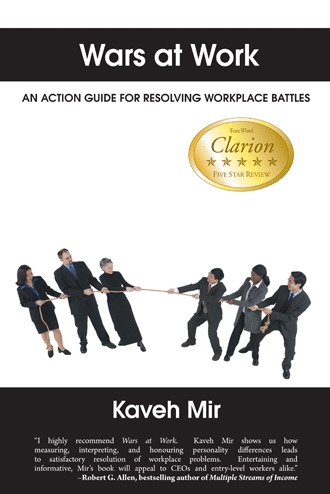 “Over the next few weeks, John and Ella’s relationship deteriorated visibly. Ella pursued the customer survey listlessly, and her half-hearted efforts failed to yield results. John was only too happy to let the matter drop. Yet he nursed a nagging suspicion that Ella was acting behind his back, dividing the marketing staff into factions based on their allegiance to either him or her. The weekly staff meetings suffered from the split created by the diverging beliefs of these two strong personalities. Staff members who agreed with John remained vocal, continuing to report accomplishments made via the traditional methods he advocated. Ella and her supporters stopped communicating at meetings altogether. Behind the scenes, they continued researching new marketing avenues; Ella and at least one of her colleagues began searching for new employment where their creative inspirations would be entertained. Neither of the factions would help the other, and the company was losing market share. The brief clash between John Leader and Ella Explorer had escalated into full-on war… …[The] discussion formed the beginnings of a possible solution. John and Ella agreed to work together on their two projects: the business network and Facebook. They planned to spend a small amount of time—one to two hours per week—on each project. Both John and Ella had found their results on the psychometric instruments eye-opening, especially learning how they were viewed by one another. They took the assessments and the Admiral’s interpretation to heart. Both would think carefully in the weeks to come about how their words and actions might be perceived by others… With the Admiral’s help, John and Ella were able to reach a compromise. Instead of one side or other “winning” the war, they came up with a third alternative to their dilemma—one that gave each of them a small piece of what they wanted.”

One Friday afternoon Kaveh Mir nearly had a breakdown in his office—the aftermath of more than five years spent fighting or mediating wars at work. But instead of succumbing to his battle scars, Mir did something about them. Wars at Work is the result. This book is your guide to learning how personality types contribute to work wars, and how understanding personality differences can lead to resolution and peace. While other books have covered how to use a single personality assessment to resolve conflicts, Wars at Work is the first to show how combining multiple measures creates a richer, more powerful toolkit for solving the whole gamut of workplace problems. In Wars at Work, you’ll learn how psychometric measures can help solve: The battle of leadership The battle of career The battle of communication The battle of conflict The battle of change This book offers a new twist on resolving workplace conflict. Whether you’re an employee, manager, or CEO, you’re likely to recognise at least one character or situation that hits home with you. Mir’s insightful book offers a fresh perspective towards resolving your own “wars at work.”

Kaveh Mir has 20 years experience as a software house CEO/co-founder and environmental consultant. A long-time career and organisational coach with an MBA from the Cranfield School of Management, Mir is an Occupational Assessor certified by the British Psychology Association, the International Coaching Federation, and as a Neurolinguistic Programming (NLP) Master. As Fellow Member of the Institute of Directors and the Charter Institute of Personal Development, Mir provides seminars in occupational assessment and organisational coaching. He is a skilled, dynamic public speaker and media liaison. Throughout his life, Mir has taken part in—or observed—many “wars at work,” witnessing first-hand the financial waste and negative emotional backlash such battles can cause. This rich background underlies his passion for applying practical knowledge of personality measurement and interpretation to resolving workplace wars and promoting a productive, respectful workforce. Mir and his family reside in the UK.