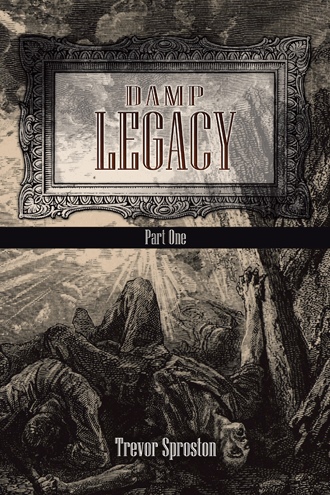 A good three hours would need to pass before dawn could break on that cold Saturday morning in early January. Frost glistened on the dimly lit cobbled street winding through the village of Augers Bank, the pools of light cast by the few gas lamps shimmered as the tramp of steel studded boots and wooden clogs progressed from one pool of light to the next. The early shift miners were making their way towards ‘Tilly Pit’, they would not witness the dawn today, dark as they were caged down the pit shaft, in darkness underground most of the day, with the possibility of a few hours daylight after their eight-hour shift ended. Evie Swindon stirred in her bed, disturbed by the heavy plod of the miners feet, although almost seventeen years old, she had the good fortune to have been employed ‘in service’ as a kitchen maid with the family of a wealthy business man in North Staffordshire for the past year, as a result, she was used to rising early. This being the eighth week of the servant’s rota, she had been allowed to return home last night for the weekend. Sharing the bed was her younger sister Fanny; if all the Swindon girls had been at home the bed would have slept four. Their two elder sisters also worked away from home, holding positions as domestic servants. Fanny, the youngest member of the family was ten years old, and in comparison with the other girls considered to be of a rather sickly constitution, true or not, her mother allowed her to take many liberties the other girls were denied. Fanny was a good-looking child, stout of build and well developed for her age, to any outsider she would appear to be the picture of health; however, too often for her parents or her siblings liking, she still exhibited a tendency to escape into that world of fantasy usually associated with much younger children. Evie turned towards Fanny, and to wake her gave her shoulder a shake. “Come on Fanny, wake up,” she murmured, “Mother said you were to black-lead the range and light the fires this morning.” “But it’s still dark,” whimpered Fanny, “And it’s cold.” Recognising Fanny’s familiar technique of dodging housework, Evie retorted, “Of course its cold, it’s the middle of winter, and this house will stay cold until the fires are lit, you have to learn how to do these things Fanny; you will be eleven in six weeks.” Fanny mused for a moment, “Evie, can you do it; I’ve got a terrible headache this morning.” Evie, never regarded as being the most tolerant of people began to lose her patience. “That may work on mother, but not me,” she snapped, “I have to light fires every morning, this is my weekend off.” “Please Evie;” insisted Fanny, “You can do it much better than I could.” The older sister began to regain control, “I am not going to do all the chores that mother gave to you so that you can stay in bed again, if you get up now I will help, I’ll black the ranges for you, and you can light the fires.” Fanny realising that further argument would be fruitless, agreed. Evie struck a match and lit the bedside candle; Fanny reluctantly raised herself out of bed. “Brr it’s cold,” she complained, “What time is it Evie?” “Just gone five thirty,” replied her sister. Disgruntled, Fanny muttered under her breath, “Too early.” The sisters were soon dressed, downstairs and moving about quickly to combat the chill, young Evie had the kitchen range blacked and shining in about twenty minutes, the brass oven handles gleamed. Fanny’s second attempt to light a fire in it failed, with a sigh, Evie relinquished her resolve and lit the range fire herself; it was far too cold to wait for her young sisters fumbling efforts to provide warmth. Once the kitchen fire was going well, Evie turned her attention to the back kitchen range; this one housed a fire at its centre, flanked by an oven and a deep, cast-iron boiler. She lit the fire and filled the boiler; this boiler served to provide hot water for the family, which, when required could be drawn out through a convenient brass tap set at bucket height from the floor. 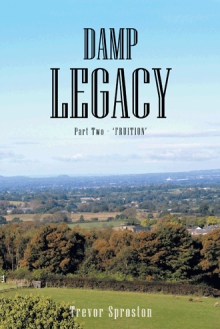 The year is 1918; an underground explosion competes with the First World War to deprive a village mining community of its male population. For years to come, skepticism would thrive upon one question: was the explosion pure accident or a result of the owner’s negligence to provide adequate safety measures? Moreover, would anyone ever learn the truth? While wives and villagers waited for news, everyone condemned their time-honored adversaries, the wealthy mine owners, who, long before the truth for such a catastrophe could be identified these wealthy owners, aided by the most powerful secret organization in the land, took steps to avoid any blame and responsibility falling upon them. In so doing, ruthless businessman Henry Cotes discovers evidence his late brother-in-law and former partner led a double life for many years by being romantically involved with a woman other than his wife. Seeking her out, Henry realizes their love for each other had been deep and indisputable. Moreover, meeting with her, and later with his sister he discovered to his horror that he must revise his thinking regarding females. They were not, as his gender specific doctrine taught, merely subservient to the male, but a resourceful, manipulative driving force, and always had been. Centuries of class distinction beginning to crumble, love now appeared able to cross the great social divide. With his newfound discernment, Henry mellows and attempts to encourage an ill-fated romance between star-crossed young lovers of differing social status. To help him with this delicate task he enlists the aid of his daughter, the feisty Antoinette, who by her self-determination, becomes a role model, encouraging other young women to take a more assertive, dominant role in life.

Trevor Sproston, born Alsagers Bank, Stoke-on-Trent, Staffordshire, 29th February 1944. Fundamental education at the local village schools, and like so many of his generation and class, he was obliged to forego education as soon as it was legal and find employment in order to aid the family purse. However, in later life, he was able to further his education by attending college part time. During this period, in addition to the basics, he was also able to hone his skills and indulge his passion for music. Trevor has three daughters from his marriage, all of whom have now left the family home, allowing him time to concentrate on his other obsession, writing. His early career as one would imagine was varied, culminating in music teacher, musical director, and elected representative in local government. He strongly believes there is no finer education than that of observation and reflection in the “school of life,” much of which finds its way into his writing.