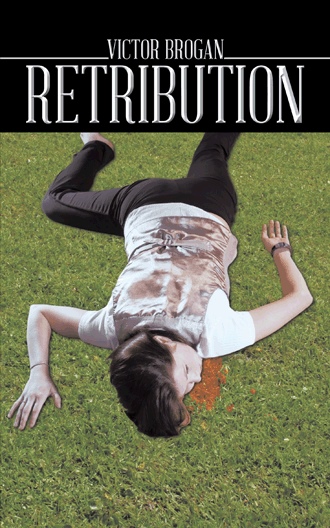 He was awakened by the strains of the first few bars of the William Tell Overture, which increased in volume each time they played. Still half-asleep, he stretched out to retrieve his mobile, which was lying on the floor, where he had dropped it the night before, and mumbled what sounded like ‘ugh.’ Already almost four o’clock in the afternoon, after a heavy night out, he came to, quickly, when he heard the voice of the caller. “Yea, I’m awake now,” he said, sitting up quickly “You want to meet tonight, about eight? No problem, I’ll be there,” he said, hanging up. By now he was wide awake and thinking about what tonight would bring. Need to get something before that, he thought. Later that night, he walked with a bit of a swagger, as he did the rounds of the local pubs, dressed in his usual uniform of dark baggy jeans; worn black trainers and a light grey hoody, partially hiding his face, as it was pulled up to keep the constant drizzle off. He could remember the days, two or three years ago, when he was leader of his little group, all friends from school days. They had some great times then, always in trouble with the police, or someone’s parents. Now there was just him. One had a bust up with his mother and left the area, and the other decided to knuckle down and study hard – the wimp. “Where will that get him?” he muttered to himself. “Nice nine to five job with no excitement.” He did try to keep in touch with them by mobile, although he hadn’t heard from either of them for some months, until recently when he had had calls from them. “Fuck em all,” he mouthed, out loud, as a young couple passing him glanced and quickened their pace. Still, he was his own boss, well-known in the Leeds East End area, and parts of the city centre. He answered to nobody and nobody answered to him, any more. Tonight was going to be his big break. The phone call he had received earlier sounded very promising. He just needed a little something to give him a lift, ready for his assignation. He checked out the Black Boy first. No-one he recognised. In fact, the place was almost empty as it was still early. “Seen anything of the lads, Tony?” he shouted to the barman. “Not so far, try the Red Lion,” replied the barman, simply wanting rid of him. Always on the lookout for a fix, Tony thought, as the youth slouched out. After trying several more pubs, to no avail, he was starting to think no-one was dealing tonight. Still hoping, he entered the Red Lion, as Tony had suggested, and approached a group he recognised, propping up the bar. “Hi guys, how the fuck you all doing?” he said to the group. They glanced, nodded, and carried on with their drinking and conversation. Unbeknown to him, although he thought he was a bit of a lad about town, he was looked on as a bit of a joke. “Looking to deal, any you fellers got anything? Onto a good thing tonight and getting high will make it a hell of a night to remember” he said. They all shook their heads, and one of the group said, “Try the King’s Head in the city centre. I heard old Tom always has plenty at the right price.” “Right, I’ll go grab a cab and head up there,” he said, heading for the door. As soon as he had gone, the others said, almost in unison, “Thank Christ we got rid of that loser quickly. Now we can get back to our own dealing.” Outside, he flagged down a passing cab and headed for the city centre, feeling a lot more optimistic, as he was sure old Tom would be able to fix him up. “Should have gone there first,” he muttered to himself. Twenty minutes later he walked into the King’s Head, nodded to a group he recognised at the bar, including the barman, and made a beeline for a table in the far darkened corner; old Tom’s usual table. Just as the lads in the Red Lion had suggested, Tom had exactly what he was looking for. He thought the price, at twenty, was a bit high, but he paid it. “Now, you’ve got what you came for,” said Tom, pocketing the money, “You can piss off, this isn’t a doctor’s waiting room.” “I’m on my way,” he said, “Don’t get excited.” He headed back towards the door, announcing to all and sundry, “I’ve got a great deal lined up later. I just needed a little something to help me along. After tonight, I expect to be set up for life.” No-one quizzed him, as they had heard it all before. They smiled as he left whistling. That was the last time any of them saw Shane Edwards alive.

Detective Chief Inspector Jeff Grayson of the West Yorkshire Homicide and Major Enquiries Team was enjoying one of his rare weekends off duty when the call came. A youth had been found in the most gruesome circumstances in a Leeds public park. The following day, Grayson's office received an anonymous call with an eerie message - "That bastard got what he deserved and there's more to come." Was this a crank call or a dire warning? What was assumed to be a straight forward drug-related killing soon begins to develop into a complex case, with more questions than answers.