BEING A WOMAN IN AFRICA 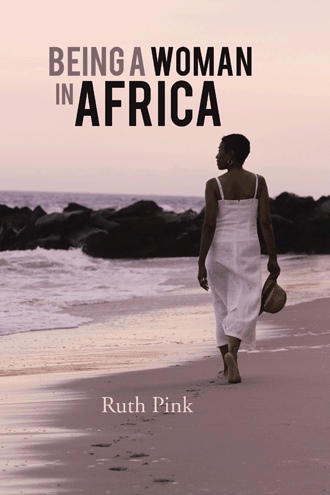 A few months passed and Rosewitta became accustomed to doing her job and using the elevators. She was now confident negotiating her way around the capital and avoiding some of the crazy drivers in the city. At first she hated passing close to speeding cars, as she feared for her life. She had to adjust quickly and soon enjoyed going to work. One cold morning, the phone rang and at the end of the line was a male voice. Rosewitta quickly recognised that it was her head of department. “Come to my office immediately,” he said with a sense of authority and urgency. Rosewitta panicked, but abandoned everything that she was doing and rushed out. “Office protocol,” she reminded herself. She went past the boss’s secretary and went into the office, which had self-locking doors. “Sit down, sit down,” Mr Jona said in a calm, smooth and seductive voice. “Sit on the sofa, Rosewitta, and relax.” He motioned to the sofa. “I know these sofas are more comfortable than those you have at home.” She sat down uneasily on the edge of the sofa, not sure what was going on. “Rosewitta, you know you are a beautiful young woman. How about you and I go out together for a candlelit dinner and later satisfy our needs? I know a beautiful girl like you has needs,” Mr Jona said, lifting his eyebrows and drawing himself close to Rosewitta, playfully stroking her shoulder. Rosewitta looked confused. Mr Jona chuckled and continued. “I will give you all you need. I’ve got lots of money to spare, Rosewitta, and all I need is you to be by my side. I will give you money and a quick promotion. What do you say, sweet, sweet, Rosewitta?” he continued in a seductive manner, and proceeded to explore and undress her body with his eyes, not giving her chance to respond. Just as she turned her head, Rosewitta saw a bank statement in Mr Jona’s name on the sofa where she was sitting. She was not sure what she had seen, so she stole another look to confirm her suspicions. The statement showed a lot of money in the account. “You won’t have to work hard ever again in this department if you say yes. Look at the famous couple in this department, the Ibwes; they’ve been married for a couple of years now, but the wife used to be a junior officer.” Mr Jona paused. “How about booking a posh hotel tonight, so that we can have a night of passion? I need you tonight,” he said, licking his lips with burning desire. Rosewitta looked at Mr Jona and could not see anything likeable or attractive about him. If he was the last man on earth I would not fall for him; he is ugly, and has the features of a hippo. How on earth can he even suggest this? Rosewitta looked lost in thought for a moment, but realised that she had to think of something quickly. Rosewitta could see that Mr Jona was now uncomfortable in his trousers and that made her uneasy. An incident about her rape ordeal years ago flashed back into her memory. She remembered how Goliath had raped her in front of her sister Melissa, how he had pushed her to the ground with so much strength. Such an incident would not easily be forgotten. Are all men like this? she wondered, painfully reflecting on what had happened years ago with tears in her eyes. She also recalled what her childhood friend Hannah had gone through with Mr Chokunyanya, and felt a lump in her throat. Rosewitta quickly jumped to her feet, forgetting she had been about to cry. She was shaking like a leaf, but managed to stammer, “Er, er, sir, give me er, er, time to think about this and I will come back to you. I hadn’t expected this sort of conversation, so I need time to think.” The rape scene on her way home from school flashed into her mind again. She had struggled to forget this ordeal, and it sent a shiver down Rosewitta’s spine, knowing this man could easily turn into a monster if he wanted to. Images of Goliath pushing her hard to the ground rushed back again. He had used so much force; she could not forgive or forget what he did. The ordeal was fresh in her memory, and she felt the pain as if it had happened the previous day. She headed for the door and told her boss that she was about to go out for an important inter-ministerial meeting. “Rest assured, I will give you an answer, but at the moment I have targets to meet,” Rosewitta said, trying to be brave.

Rosewitta is born somewhere in Africa, to a large but poor family. Her mother Hattie, and the rest of the family struggle to survive on a daily basis; in a society laden with certain cultural beliefs and imbalances. As Rosewitta's life story unfolds, the realities about women's lives in such an environment also unfold. But how do the women survive? How do they raise very large families? Does anyone recognize what these women do? Are attitudes towards them changing? At the end does Rosewitta succeed in her search for a better life? What happens to all those women whom she represents? * “It is a very moving story portraying some of the sad realities that Zimbabwean women face. ….. Many will shed a tear as I did whilst reading it.”- Dr Mercy Nyawanza “A very good story line ….. with an unexpected ending.” Monilola Ogundare (University of Hertfordshire law graduate) “An intense and gripping read......... it brought tears to my eyes.” - blog follower on ruthpink.blogspot.com

RUTH PINK was born in Zimbabwe. She has a keen interest in politics and stays current with as much as she can through reading and personal involvement. She lives with her husband, Paul, in Hatfield, Hertfordshire, England.