The Sons of Africa 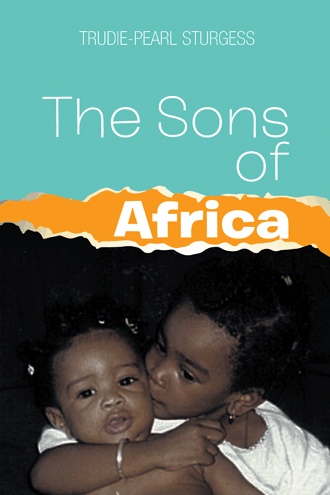 Chapter 1 As usual, Waverley is late leaving the library Friday night. She is invited to the opening of a new African restaurant in downtown Burlington at the corner of Brant and Fairview, The Golden Plate Restaurant. She tosses her books into the back seat of her car and drives to the highway with Nikkie Minaj rapping about men on the car stereo. The Queen Elizabeth Way highway, locally known as the QEW, is moving quickly tonight. There are no collisions on the highway and the volume of traffic is diminished compared to the usual rush-hour conditions. Waverley speeds along the highway, exits at Walker’s Line, and follows the signs to Brant Street. Up ahead, she sees the flashing lights in front of the restaurant and the line-up of people at the door. Without any real hope of finding a parking spot in front of the restaurant, Waverley looks anyway. There isn’t one, but then, surprisingly, a vehicle backs out and Waverley grins at her luck. She puts on her indicator light, and as she looks behind herself to check her blind spot, a white BMW pulls into the space. The driver gets out of the car. Laughing, he shouts to Waverley that she should learn to drive faster. Waverley is shocked by the man’s attitude, but she doesn’t want to get into a fight over a parking spot with a thug in a dark parking lot. She is about to drive away, when the passenger in the BMW steps in front of her vehicle, talking on his cell phone. The man wears a dark suit. His eyes briefly meet Waverley’s and he smiles warmly at her. As Waverley drives away, she notices that the man on the cell phone is watching her. Deciding to try the staff parking area behind the restaurant, Waverley drives behind the building and parks her car next to the owner’s vehicle. Waverley and Abigail have been friends a long time. In fact, Abigail is arguing with her ex-husband, Dante, at the back door of the restaurant. She sees Waverley getting out of her car and stops yelling at Dante long enough to shout a greeting. Both of them hug Waverley and welcome her to the new restaurant. “You made it! Oh girl, thank you for coming!” Abigail hugs Waverley again. “Hey! Free food and drinks? I wouldn’t miss it for the world!” Waverley grins. “I couldn’t find a spot at the front, so I hope you don’t mind me parking back here.” Abigail waves her hand dismissively to say it is okay. Together, they enter the fully packed restaurant. Abigail’s younger brother is on the stage telling inappropriate jokes. “This is impressive!” exclaims Waverley. Abigail smiles proudly and they sit for a moment with Meagan, whose husband has called to say he will not be able to make it due to his work load. Moments later, the two men who took Waverley’s parking spot join them at the table. The driver is holding a glass of wine in his left hand. Abigail stands up and hugs him. The man tries to kiss Meagan’s cheek, but she protests. “If you try to put that filthy mouth of yours on me, I will bitch-slap your thug ass! Pull up your damned pants, Jon!” Meagan sneers at him. Laughing good-naturedly, Jon replies, “I love you, too, Meagan. You’re a true African babe with that nasty mouth of yours.” Meagan ignores him and turns her attention to Edwin who is staring at Waverley with a love-struck expression. Of course, everyone at the table notices, except Waverley. “Babe? Have we met before?” Jon asks Waverley. Waverley ignores Jon. Meagan and Abigail shake their heads in disbelief. Meagan introduces Edwin to Waverley. “Why won’t you introduce me?” whines Jon. “We don’t like little boys who pretend to be men. Hakeem and Pam are by the bar. Go play with them. We’re going to sandwich dance with your sexy brother,” says Meagan, sounding up-tight. “Oh, you naughty girls! I would love to sandwich dance with you three fine ladies. My brother is too disciplined for the hot, nasty and kinky stuff. Ladies? Lead the way for Daddy!” exclaims Jon with arrogant charm. Meagan replies by slapping him with her purse. “Get lost, Jon!” Giggling, the girls go out on the dance floor with Edwin. They have fun with Edwin until a slow song comes on the sound system. It is an old song by Lionel Ritchie, “The only one”. Abigail and Meagan leave the dance floor. Edwin and Waverley are dancing and talking. At the bar, Meagan and Abigail high-five each other for a job well done. “Girl, we should open a dating agency, we’re so good!” Meagan gushes. “You know? Waverley’s Dad and Edwin’s Mum have wanted to get the two of them together for a long time, but they didn’t know how. This is awesome!” says Abigail. “Shhhhh! They’re coming! Act cool. We don’t want them to know it’s a set up,” says Meagan to Abigail. They all sit down to an enjoyable meal. At closing time, Abbey excuses herself from the table to help Pam clean up. Meagan follows her, leaving Waverley at the table with Edwin. “We’ll need to plan something else,” observes Pam, “if we’re going to get those two out on a real date. 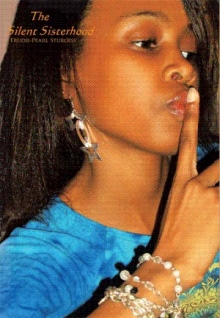 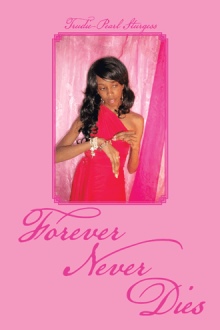 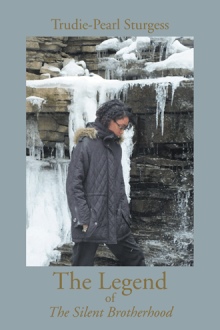 The Legend of The Silent Brotherhood
Trudie-Pearl Sturgess
$23.95 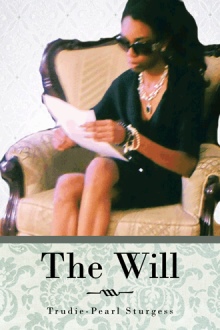 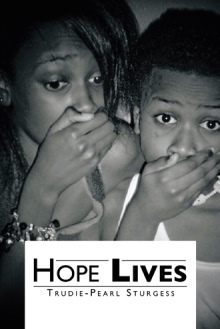 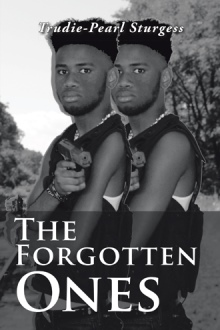 Forest Antwi is a romantic man, but losing his first and only love has left an empty void in his life. He has vowed never to love again, but then he falls for the wrong woman. He becomes a man running away from adark past, but what he doesn’t know is that the past always catches up no matter how far, or how much distance, one puts between the present and the past. Where will he run now? James Akwasi Tawiah, a local boy from Ghana, who has not learned the ways of the West and thinks he knows it all, sleeps with women and takes their life-savings to fund his failed business ventures. Despite being a self-proclaimed Christian, James is a loud-mouthed, know-it-all, who thinks he has the gift of being able to talk his way out of anything… “With unerring insight into the lives of young Africans, carefully and wonderfully, Trudie Sturgess tells a moving story of young rape victims. Rape is a topic that many African don’t perceive as a violent act. They don’t think it’s wrong. Sensitivities so strong this novel will outrun the grave.” Laurie Gordon, Eye for talent, editor. Miss Sturgess writes so gracefully and with such restraint that all graphic sexual acts leap off the pages with an impact that resonate in one’s mind long after the last page of her book is read... [ She] has captured her characters fears, emotions and complexity in what is sure to became an international significance.” Joyce Osei-Owusu, Publisher, Voice of Ghanaians Canada “When I finished Trudie Sturgess’s novel about, ‘ The Sons of Africa, my fist response was this is a story that Ghallywood needs!Miss Sturgess didn’t hold back in her condemnation of the sexual exploitations of African girl’s by African men. I sat down and I wept. ” Jessica Williams, Ghallywood Actress

Trudie-Pearl Sturgess is a Ghanaian talented writer, film editor and producer. She lives and writes in Ontario Canada with her family.