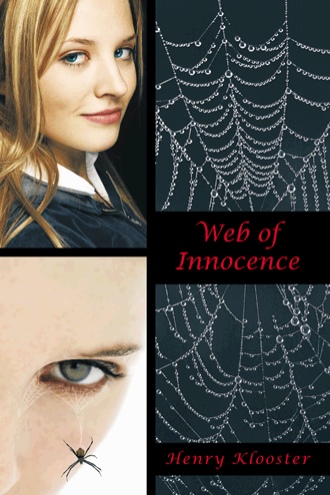 Set against the backdrop of a small prairie town in the late sixties, “Web Of Innocence” chronicles the struggles of young Will Hulst as he is drawn into a series of events that challenge the very foundations of his faith, and threaten to shatter his life. For eighteen-year-old Will Hulst, life should have been relatively uncomplicated. Raised in a strictly religious home, he struggled with seemingly unanswerable questions about life and faith. After the death of his grandmother, Will finds himself trying to fill a void that neither his strict father nor detached mother can fill. His grandmother's death has left him with more questions than answers. Now he stands accused of a murder he did not commit. His only hope for acquittal lies with a girl he had shunned and embarrassed, and she has disappeared. Crystal Simpson is the only girl for whom Will Hulst had ever cared. The problem was, his father had put an end to the relationship. Now Crystal is dating Wayne Kimball, an ambitious high school dropout heavily involved in the drug trade. Wayne has ambitions of his own, and is determined to achieve them whatever the cost. Too late he would realize that his petty thievery and blind ambition would have drastic and deadly results. Now his girlfriend Crystal is the only one that can save Will from prison, a fact not lost on Wayne’s boss, Lanny Corbett. Jan Hulst is Will’s older brother. He had left home after a bitter dispute with his father. Wild and impulsive, his drinking often caused him more problems than he could handle. Accused of robbery he responds as he always does, he runs. Only this time there is nowhere to go. Lanny Corbett is the kingpin of a lucrative drug and call girl ring, and managing small time rock bands is the perfect cover. He has his own secrets, and when he discovers that someone has been stealing from his drug shipments he vows revenge. He knows just the person to exact revenge, Wayne Kimball the cocky drug dealer, out to prove himself. In his haste to exact revenge, he had not calculated the price. ….. Now his empire is coming apart, and he will do anything to save it. Hank Brown Police Chief for the town of Hammond. He had been part of a cover up that had cleared Lanny Corbett of a drug charge and now he belongs to Lanny. When he is placed in charge of the murder investigation, he sees his chance to free himself. A murder conviction would not only mean repayment of his debt to Lanny, but also settle a vow he had made decades before. Eldon Hobbs is a young deputy who has a penchant for taking the easy way out. From the moment Will Hulst is charged with murder, Hobb’s is faced with mounting evidence of a frame and cover-up. More disturbing to Hobbs is the fact that Police Chief Hank Brown appears to be involved. Now he is forced to choose between his job, his loyalty to Brown, and his love for the bright young attorney appointed to defend Will Hulst. Barb Prescott is a promising young attorney, assigned to defend Will Hulst. Convinced of his innocence, she sets out to prove that her first instinct is correct. As her investigation deepens, she is drawn into a relationship with Eldon Hobbs, a relationship that threatens to compromise her evidence. Now she must choose between what she feels is right and a love that threatens to destroy her. ------------------------------------------------------------------------------- What critics say…. A superb novel that explores how easily life can take an unchangeable and unexpected course. “Web of Innocence” is filled with a rich tapestry of characters, that struggle with their own emotions and feelings; interwoven with a series of twists and turns, that all lead to a stunning and unexpected conclusion.

For eighteen-year-old Will Hulst, life should have been relatively uncomplicated. Raised in a strictly religious home, he struggled with the usual questions of youth; seemingly unanswerable questions about life and faith. Now he stands accused of a murder he did not commit. Only one person truly believes in his innocence, Barb Prescott a bright young attorney assigned to his defense, she has been assigned a case that on the surface appears indefensible. As Barb begins her defense she uncovers mounting evidence pointing to a cover-up and is drawn deeper and deeper into a web that involves, the local Police Chief out to satisfy a vow of revenge made decades before, a prominent businessman who will do anything to protect his illegitimate empire, and her love for a young Deputy that could destroy her career. Will’s only hope for acquittal lies with a former girl friend (Crystal Simpson) a girl he had shunned and embarrassed, a witness who has mysteriously disappeared. The book is filled with a rich tapestry of characters, that struggle with their own emotions and feelings; interwoven with a series of twists and turns, that all lead to a stunning and unexpected conclusion, as they are inexplicably drawn into a tangled “Web Of Innocence”

Born in Rocky Mountain House, Alberta, Canada, to Dutch immigrant parents, Henry has lived the majority of his life in Alberta. He received his Elementary and High School education in Rocky Mountain House. He briefly attended the University of Alberta. Since graduating he has owned and operated various businesses, and has numerous diplomas and accreditations in the business field, having worked as a Safety Security Coordinator and Private Investigator. He currently owns and operates a Landscaping and Lawn Maintenance Business in Leduc. Henry currently resides in Leduc Alberta, is married, and the father of three sons. He is active in his local church as a teacher and elder. He has served as editor and writer for a number of local newsletters and been published in sevral local newspapers. His poetry also appears in several Canadian Poetry anthologies Henry's publishing credits include “Whispers of Life” a collection of poems and the short story “The Masterpiece” “Fundamental Bible Truths” an introductory study guide for new believers. “Web of Innocence” is Henry's first novel. He is currently working on a collection of shorts stories and a second novel.