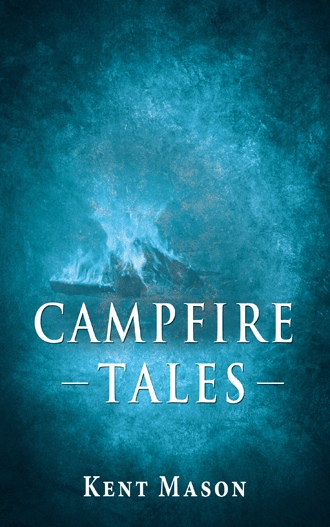 Looking high up on the ridge high above the old mine shacks I saw a big buck just as he was going out of sight into a clump of fiery red Maple. If he would come out of that cover it would be my very first chance to get a shot at a buck and this definitely was a big one. With bated breath and pounding heart I waited for what seemed an eternity. This was the chance I had been dreaming of through all those times I stood by and watched as others did the shooting. I knew that if that deer should come out to where I could get a shot at him it would be different than it had ever been in the past. In the past I had always been the spectator, the one watching while others did the shooting. Now the shooting would be up to me. I had dreamed of this moment, had waited for it and longed for it to happen but now that it was almost upon me I wasn't sure I wanted it. Thoughts went rolling through my mind. It would be a long shot for my gun. Long and uphill but not out of range. If I should shoot and miss I couldn't blame it on anything or anyone but myself. I held my breath and waited,. For a split second I wished Dad was there. I knew he could make the shot but I wasn't sure I could. Then as though he had come from out of nowhere there the big buck was, standing motionless a short distance above that clump of Maple. Now it was up to me. the time of dreams and hopes was behind me. Now it was only me, that deer and cold hard reality. As I fired I knew I had missed him. I hadn't pulled the trigger I had jerked it. when I shot he went bounding around the side hill holding that majestic set of horns high and proud. He must have known what the sight was doing to me and my ability to hold my gun steady. As I levered another shell in the chamber I was telling myself, 'calm down, calm down.' but it wasn't working. As I followed him in my sights I willed myself to wait. He's not going out of sight right away. So wait. Just one more bound, one more jump. "One good calm shot is worth a hundred wild pressured shots." How many times had I heard that advice? Now, right here, go for it, get him. Just as I fired he whirled around and went in the opposite direction a sure sign that he had been hit. He went out of sight in a think clump of Oak. I waited and watched. All was quiet, all was still and he didn't appear. Maybe I got him. Maybe he's laying up there. All I've got to do is go find him or maybe he got out of there somehow without me seeing him.

If you are one of those lucky ones who have sat around a campfire and listened to the stories that are repeated there then you know that gazing into an open fire out there in that part of the world that is still the way God made it can have a profound effect upon a mans senses. Peering intently into those dancing flames can rejuvenate a man's memory and oil his tongue. Many times the tales that are inspired by those surroundings arr priceless gems that should never be allowed to die. They should be kept alive so future generations may enjoy them. This book is a collection of yarns about hunting and fishing trips which the author has put down on paper for this and future generations to read and enjoy. Anyone who enjoys the feelings that being in the great outdoors can bring will enjoy this book.

Born in the small town of Aurora, in Sevier county Utah in 1932 he grew up in the even smaller town of Central [ Now Central Valley] Also in Sevier county. During the Korean war when Uncle Sam called he served four years in the U.S. Air Force, but he never served in Korea and he never flew a plane. While in the Air Force he worked in the motor pool as an auto mechanic. For the last thirty five years he has lived in the small town of Fredonia AZ. On the famous, or infamous Arizona Strip. He survived thirty five years out on the open roads of America as a long haul truck driver logging over four and one quarter million miles with only one minor accident on his record. After retiring from the open road he needed a hobby so he followed his lifelong dream and became a writer. Prior to this book he has written four others. A small book of poetry titled "This Sure Isn't Heaven," and "Fall Of The Sparrow," an epic historical fiction novel about fourteenth century England. Then he wrote "Nobody Knows Me," A true family story about his own brother who died of Hemophilia at the age of thirteen. he followed this up with, "Beyond The Blue," a tale of space travel in the twenty second century. Not wanting to be categorized as one time period, one subject writer he has branched out. In his three previous novels he has taken the reader from England in the 14th century to Southern Utah in the 1940s, then to outer space in the 22nd century. Now in, "Campfire Tales," he once again is writing about the American west. Southern Utah and the Salmon river county of Idaho. When asked, "Where will you go next?" his answer is, "wherever my imagination takes me."