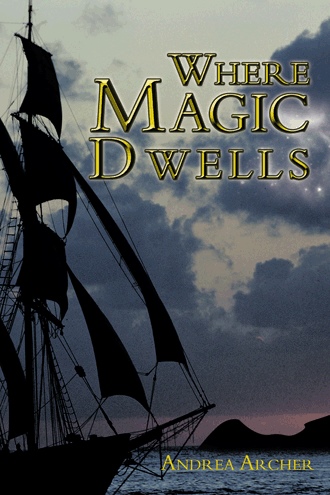 A creaking galleon bobbed on the sea as it came to a stop next to a ring of reef that encircled the strange island. With a roar of clinking chain, the anchor was lowered and splashed into the sea. Slowly the captain turned to look at his strange passenger then waved a hand. “The boat is ready for you. But are you sure you do not want us to wait for you?” The man shook his head. “No, this will be fine.” He held up a hand and held out a key. “This is the key to my chest in the little cabin. Inside is the money I promised you.” Quickly the man turned and walked to the little boat that was waiting for him. As he stood inside, the sailors began to lower it to the sea. The captain watched as the man began to row away from the ship and over the reef. He sighed and looked around. With a shrug, he waved a hand. “Set sail, we head home!” The men cheered. Quickly the first mate approached. “Are we not to wait?” The captain shook his head. “No. He made it clear that we were only to drop him off here then leave him behind. He has no intention of coming back with us.” The man nodded. Several hours had passed, and the ship was quickly making its way over the sea, cutting through the little waves like a knife through butter. The captain stood on the stern, his hands holding fast to the wheel. Spirits on the ship were high, and all thoughts were turning to the prospect of a hot meal when they finally made landfall in another seven days. Suddenly a scream filled the air, and the bright sun began to vanish behind the thick clouds that rapidly filled the sky. The sea began to surge, and the waves became hostile, knocking the ship from side to side and splashing the deck, dragging anything that was not tied down to the rails. The first mate rang the bell on deck and shouted for all hands. Quickly the main sail was brought down before the wild, screaming wind ripped it in two. With his knuckles turning white, the captain began to battle with the wheel, his large frame providing him strength to keep the ship on coarse. Slowly the weather began to calm, but the sky above them was dark with cloud. The captain waved a hand, and his first mate took over. As he gathered his breath, he looked up as a cry filled the air. The man in the crow’s nest was pointing back to the island. Quickly the captain turned. His face drained of expression as he walked to the rails and stared. Next to him, his crew began to gather and stare. “Captain?” came their uncertain response. The big man shook his head. “What have we done?” he whispered. From deep within the jungle, screams arose as thousands of fairies took flight. Quickly they sped off in all directions, leaving the island behind.

Jason VanLord is on his way to happily ever after. His soon-to-be wife, the beautiful princess Mia, is waiting for him in the castle. However, Jason does not want to get married. Instead, he is after a life of adventure. With the help of the princess, he and his friends escape the castle and are soon on their way to finding an adventure. But things soon get hairy, and he is flung feet first into a quest. With time running out to save not only himself and his friends but the world, he has to travel to an island, the home of magic, and right the serious wrong that has befallen it.

Born in UK Scotland, a graduate of both high school and college. A very creative and imaginative person spending many a spare moment slipping into worlds created by daydreams.