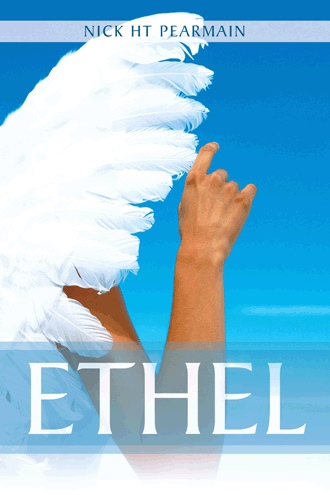 January the fifth and the weather outside was cold with mist lurking around. Snow was slowly falling from the skies whilst it was settling on the floor. Laughter was coming from The Comedy Moon Club in Canning Town could have woke the dead up. Nathan Cook makes his way off stage and enters his dressing room he opens his door and turns the lights on. As he stands by the door he looks in depressingly to the dark dirty looking make up room. “Nathan my man, another good night out there” his agent and friend Kevin says with glory. “Was it”? Nathan asks, in a tiring tone of voice. “Of course it was, you made everyone laugh tonight as usual” Kevin said, as he was counting the money. Nathan sits down and looks at a picture of Mia, his best friend and looks at himself in the mirror. “Kevin I’ve been doing this stand-up comedy for ten years mate. You said that you was going to arrange a big gig, a big tour for me. You said that five years ago”! Nathan says, as he puts Mia’s photo down. Kevin looks at Nathan and then looks at the photo frame with Mia in it. Kevin puts the money into his pocket and pulls out a couple glasses and a bottle of whiskey. “I understand Mia was your best friend Nathan, but she’s gone now mate” Kevin said as he puts his jacket on the back of the chair and pours whiskey into the two glasses. “You don’t think I know that Kev. Is tomorrow by the way” Nathan replied as he sips his drink. “What her funeral?” Kevin asked, as he downed his glass of whiskey. “No her birthday! What do you think?” Nathan shouted in an angry tone of voice. Kevin put his hands up and replied “I’m sorry, listen I know you and Mia was close, and I only met her couple of times and she was an amazing women”. Nathan slowly smiled “Yeah, she was more than amazing. She was my best friend” he said, as he finished his drink. Kevin was about to pour another drink into Nathan’s glass. “No thank you, I better be off. I have to be up early and I don’t want to smell like Pete Doherty at the funeral tomorrow” Nathan said, as Kevin laughed. “You never fail do you? I see you tomorrow. I want to come and pay my respects” Kevin said, as Nathan put his coat on and smiled and walked away. As Nathan stepped outside, he started looking around and notices a poster of him on the walls outside the club. On the ripped poster is said “Nathan Cook live, never fails”, as he looks on to the poster he says to himself “fail is my middle name” As he walks up to his car, he notice an elderly homeless women coming up too him. “Hey, I know you, you Nathan Cook, that comic” the elderly women said, as she smiled. “Erm, yeah that’s me. Where do you live? Is not safe for a woman of your age to be out at this time of night” Nathan said, as he stood by his Blue Mini Cooper. “Oh I have nowhere to go, these streets are my home. Always have been”. The elderly women replied. Nathan looked onto the pavement and pulled his wallet out and said “Listen here’s a five pound note. Go and treat yourself to a cup of tea and a nice sandwich”. The elderly women looked at Nathan and kept her hands warm in her long baggy coat that nearly hits the floor. “It looks to me that you are in need of a nice cup of tea yourself. So I make you a deal young man. There’s a café over there. Are you going to join me?” She asks. Nathan looked really confused and looked at the five pound note and laughed. “I was always brought up to respect my elders. Hop in” Nathan said, as they both got in the car and drove to the cafe. As they got to the café Nathan went to order two teas and two ham and cheese sandwiches. As the cook gave him the tray with the food and drink on it he turned around and spots the women sitting down rubbing her hands to warm them up. Still confused by who she is, he still walks over and sits down with her. “Here we go, cuppa tea and a ham and cheese sandwich. My favourite this is” Nathan said, as he took everything off the tray. “Oh I love cheese, always did have since I was a little child” the elderly women said. Nathan laughed a little. “Funny that, that was mine and my best friend’s favourite aswell” he said, as he tucked in. The elderly women kept staring at Nathan like she can sense something wasn’t right. “You upset about something. I can tell” the elderly women said. Nathan slowly places his cup of tea down on to the table. “I’m grieving. Grieving pretty badly if I’m honest. Like my life is never going be the same again” Nathan replied, as he looks at the elderly women. “You know they say it helps when you speak to a stranger. Perhaps you can tell me what happened” The elderly women said, as she got comfy. “I didn’t even get your name. I can’t tell a stranger my problem if I don’t know their name” he said, as he smiled. “Ethel, at your service” she said, as she shook his hand. He laughed and looked a bit confused. “Lovely name” he replied, as he begun to tell his story.

The night before his best friend’s funeral, Nathan tells a complete stranger, who happens to be an elderly woman, his story. However, this stranger holds a very important secret. The story of two friends, Nathan, who is a stand-up comic, and Mia, who is a secondary school teacher, has grown up together since day one. They did everything together, until one day Mia receives some heartbreaking news. She has cancer. So Nathan decides to look after her and her sixteen-year-old daughter who happens to be pregnant. However Nathan is put through some tough choices and don’t know what to do. As Mia’s days are coming to an end, they both find out some shocking truths that put their friendship to the test. Who are they? And what does friendship mean when times are hard? And you find out who are important in your life whatever happens . . .

I was born and lived in east London all my life. I like to write what I know and what I can see in my head. I’d like to express how I’m feeling through writing and making it heartwarming and funny as possible. Even though I’m twenty-two years old, I have been through a lot throughout my childhood. I lost my Nan, who was like my best friend, to cancer. Which is why I chose to write this book, in her memory and in respect for her. I hope when people read my book, I make a difference in their lives and send an important message out to them. That whenever times are hard, you’re never on your own. There is always someone out there to help you and get you through the hard times.