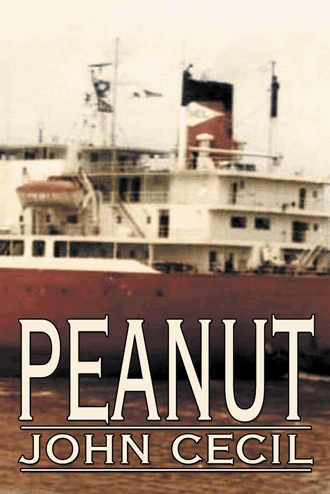 It is1972 in the United Kingdom and the Prime Minister, Ted Heath, is declaring a three day working week and a State of Emergency as the Coalminer’s Strike begins to bite. Abba are topping the charts and Monty Python’s Flying Circus are offering us “something completely different” on BBC2. Behind the backdrop of this we follow John Caswell, a football mad 15 year old from the Midlands as he embarks on his fi nal year at Kettering Grammar School. We suffer with him as he agonizes over his O levels in the summer of 1973 culminating in mixed results and fi nds himself working in an offi ce in a Builders Merchants with little idea of how his life is going to take off. Later that year John meets and becomes totally infl uenced by his sister’s boyfriend who is in the Merchant Navy. Convinced this is the life for him John then goes to the National Sea Training School in Gravesend and we follow his exciting passage through the three month Lifeboat and Effi cient Deck Hand course before embarking on his fi rst trip to sea in September 1974 onboard the “Anco Empress”. We then follow him on an adventure across the oceans and upon the high seas around the World, crossing the Equator, learning his new skills and transforming a shy, timid and naïve young man into an adult via Rotterdam, Montreal, New York, New Orleans, Rio De Janeiro, Durban and back to Rotterdam with hilarious and embarrassing consequences as he comes to terms with his ever changing environments and the social demands of a work hard / play hard regime.

John Cecil was born at St. Mary’s hospital in Kettering, Northamptonshire on December 17th 1956 and educated in the town at The Highfield Road Primary School, (One of J.L.Carr’s boys,) and The Kettering Grammar school for boys. He left school in 1973, working in a builder’s Merchants before being influenced to go to Sea School in Gravesend in May 1974 and subsequently joining the Merchant Navy in 1974, aboard the Anco Empress in Liverpool. (Starting to sound familiar yet?). He remained at sea with Athel Line, who later became Panocean/Anco and then Stolt Tankers, until 1989, working his way up from deck Boy to Senior operator as it had become then rather than Able Seaman. He left the sea to be with his young family, spending 20 years at Weetabix Limited in Burton Latimer as a shift Quality Control Auditor. Married to Shirley in 1978 and now a proud Grandfather to Callum, Connor, Rhiannon, Dylan, Faith and Alice he now works in a Quality Control environment at a medical distributor in nearby Corby, Northamptonshire.