A tale of love madness and time travel. 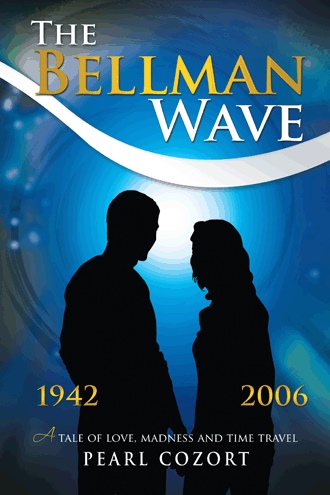 “If you make that a misogynistic oligarchy, then I'm with you. Yuri, I never saw this rabble rousing side of you before. I must say I like it. I will have to warn you that tilting at the windmills of power got me robbed of my tenure, and unemployed, and they probably have the same tolerance for it in Russia.” Yuri got up to get a drink of water. He came back and stood behind Jenny's chair. She could feel him behind her, she could hear his breathing. She felt a tug at her hair as he deftly released the barrette. Her hair fell down the back of the chair. “Playing with my hair is a punishable offense,” she reminded him. “I can't help it, I love the way you smell,” he said, Jenny laughed. “I love the way you smell too, isn't that weird?” “I believe it's because we are chemically comparable,” he said as he ran his fingers through her hair. “Is that the line you used on the coeds?” Jenny said disbelievingly. “Nyet,” he said. “I asked them if they would like to see my beautiful antique sleigh bed.” Yuri said like it was just that easy. Jenny found that very funny. “Your one of the smartest people on the planet, and the best that you can do is, come up and see my etchings?” “You know what they say, if it's not broke don't fix it.” He continued to play with her hair. She hated to have anyone touch her hair, but Yuri was very good about not pulling it. He gathered up her hair and rubbed his face with it, then let it fall around her. “Where did you get that bed? It is so not you.” she asked “Big Ed got it for me, so I'd have a place to sleep when I got to Knightsville. I could not have done better, women love it.” Jenny smiled and shook her head. Yuri shifted her hair to one side and said softly in her ear, “How about it, Professor Spencer, would you like to see my antique Victorian sleigh bed?” “It sounds beautiful Dr. Chasekin, I'd love to.”

Professor Jenny Spencer is working for Knolls University. After the mysterious death of her mentor and boss, Big Ed. She asked to take his place at a poker group that meets once a month. This group has a secret agenda, keeping watch over what's left of a time machine. Jenny has something the rest of these men want, and they will do anything to get it. Only Yuri is there to help her. He knows that people can't travel through time. He and Jenny struggle with their grief over Big Ed's death. He is there to help her step back from her madness, and he finds himself falling in love. Sitting with her as they watch the fire, to help bring them peace. It is also the tale of Anna Evans who has to choose between the man she loves and saving her America from the ravages of war. Anna fights the growing sickness of her body, as her world begins to fall apart. Both have waited a long time for love to come to them. Both must leave it behind. One for the sake of her sanity, and the other for the sake of her country.

About the Author Pearl Cozort was born in Syracuse, New York, and she has lived up and down the east coast. She is a four year Navy veteran. Pearl is a widow, with two grown children. Pearl is of in-determent age, weight, and sanity, living in Cortland, New York.