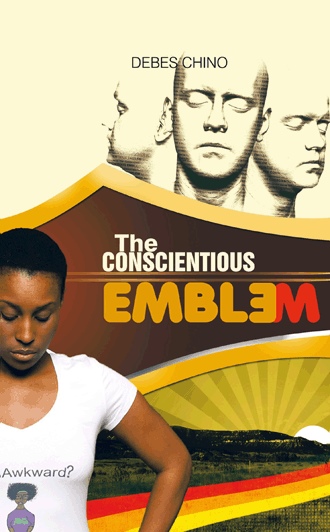 The Conscientious Emblem is a book for the present generation of youth and people that aspire to acquire direction towards their places of success & new height through moral standard principle in a world of competitive challenges. It is educative, informative and drives examples of historic personalities whose conscience impregnated national & international transformations and reputation across colour, culture & codes. The book is a vision for mission impossible and a handy compass for the want, to become.

Debes Chino, born 22nd September, is from Nise, Anambra State, Nigeria, currently studying General Medicine at Crimea State Medical University, Simferopol, Ukraine. He's a young talented Author, Poet, Public Analyst & Motivational Speaker, who has love for the young generation that transcends barriers of age; cultivating the energy of change, for a better dawn. He's the Founder of DEBES CHINO MOTIVATIONAL LINK - an assembly of young, influential characters, affecting lives in a profound way. Aimed at Helping youths discover their potentials, and teaching them to face life with absolute dedication and serenity. With the vision of developing self-confidence, bringing changes, and influencing people by public speaking. -To contact or book him for any event, visit his website- www.debeschino.com