Mogadishu Then and Now

A pictorial tribute to Africa's most wounded city 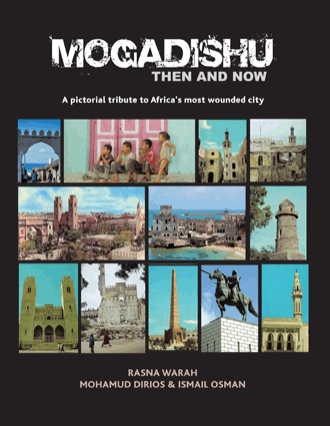 In the public imagination, there is only one narrative of Mogadishu, and that is of violence, starvation and chaos. Media reports about Mogadishu are full of stories about gun-toting militia, suicide bombings and starving women and children with “faces empty of everything but the pains of starvation”. Stories about Somalia continually harp on the country's failed state status and recurrent famines, which are often described as being “of biblical proportions”. This narrative is largely told by non-Somalis, particularly the Western press and international aid agencies that are based in neighbouring Nairobi, Kenya's capital city, who have painted Somalia's capital city as an enduring disaster zone since the early 1990s. This has led to the absurd situation where the leading voices on Somali affairs are not Somalis, but Western academics, humanitarian aid workers, journalists and Hollywood movie stars. It is almost impossible to hear Somali voices in analyses of events taking place in their country. Stories of piracy and terrorism paint the country as one where lawlessness is the norm; meanwhile, the pirates and terrorists rarely get a hearing. This severely distorts the Somali experience, making it one-sided and myopic. Worse, it denies Somalis the opportunity to define and describe their own experiences. As a hub for foreign correspondents, regional and international humanitarian organisations and United Nations agencies, Nairobi - the city of my birth - has inadvertently become a purveyor of bad news about Mogadishu. This news is largely generated and filtered by the many foreign journalists and international aid agency staff who quite often tell their horror stories about the city from the comfort of their plush offices in Nairobi, without ever setting foot in Mogadishu. Though this narrative is quite often (but not always) based on reality, it is largely skewed in the interests of those telling the story, and it fails miserably in decoding and deciphering the cultural and historical fabric of Mogadishu and the larger Somali society. Of course, it not just Mogadishu and Somalia that suffer this fate. Africa in general has had its history revised or obliterated, thanks to the Atlantic slave trade and colonialism in the last five hundred years. Enslaving large numbers of people through bondage or colonisation required that their histories be reconstructed or distorted. The rise of both the slave trade and colonialism in Africa changed the content and tone of the narrative about Africa. People who were once described as “shrewd traders and skilful bargainers” were transformed into savages who needed to be rescued from their uncivilized ways. “African behaviour, institutions and character were not merely disparaged but presented as the negation of all human decencies,” wrote the American academics Dorothy Hammond and Alta Jablow in a 1970 study. “Enslavement of such a degraded people was thus not only justifiable but even desirable.”

Mogadishu was once one of the prettiest and most cosmopolitan cities in Africa. The city has a long history that dates back to the 10th century when Arab and Persian traders began settling there. For centuries, Mogadishu was a traditional centre for Islam and an important hub for trade with communities along the Indian Ocean coastline. However, since the beginning of the civil war in the early 1990s, Somalia's capital city has gained the reputation of being the most dangerous and violent city in the world. Mogadishu Then and Now is an attempt to redeem the city's damaged reputation and restore its lost glory in the public imagination and in the Somali people's collective memory. The book showcases Mogadishu in all its splendour prior to the civil war and contrasts this with the devastation and destruction that has characterised the city for more than two decades. It should be of particular interest to historians, urban planners, architects and and anthropologists.

Mohamud Dirios is the former director of the Somali National Museums in Mogadishu and the founder and executive director of the Somali Cultural and Research Center based in Columbus, Ohio, USA. Ismail Osman is a telecommunications engineer, activist and journalist based in Columbus, Ohio, USA. Rasna Warah is a Kenyan writer and photojournalist. She writes a weekly column for the Daily Nation, Kenya's largest newspaper, and has published three books.