Break the cycle! Love your body, your food and your life! 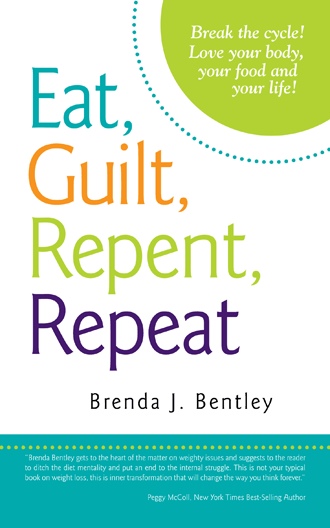 Chapter 1 - Hitting Diet Bottom "I keep trying to lose weight, but it keeps finding me!" ~ Author Unknown Did you know that diets have a 95% failure rate? The diet industry is a multi-billion dollar industry. You need to ask yourself that IF diets did work, then surely this industry wouldn’t be as successful as it is. Research suggests that during a lifetime people spend 30 years on diets, the average length of each attempt is just over five weeks long before throwing in the towel due to the regimented fatigue of restriction leaving the person moody and depressed. Diets are about restriction, limitation and deprivation. They only work when you are doing them and it’s hard work. It’s a real effort to count calories and make healthier choices. This restriction creates a mentality of “I can’t” / “I shouldn’t”. When we are in this mentality, we find it difficult to avoid thinking of all the food we can’t have. Don’t think of chocolate biscuits. Don’t think of them! What happens, the more you try not to think about them, the more you do. This is because the mind thinks in images and representations of things, making it impossible to not think about exactly what you do not want to think about. The rigidness of diets means you can only do them for a short period of time before you get bored, rebel or just give up because of the exhaustive effort of applying this, and fighting against yourself and your thoughts to avoid when you inevitably cave in. Then you feel guilty or a failure because of all those things you could not / should not have had. Frankly, dieting is a form of starvation which triggers a biological / chemical response in us to crave more food. Traci Mann, associate professor of the UCLA has reported in the American Psychological Association's journal American Psychologist that "You can initially lose 5 to 10 percent of your weight on any number of diets, but then the weight comes back. Diets do not lead to sustained weight loss or health benefits for the majority of people." In analyzing the data of hundreds of weight loss studies which took place over a 2 to 5 year period, researchers concluded that most people would have been better off not going on the diet at all as their weight was pretty much the same, except for the wear and tear it suffered from losing weight and gaining it all back again. Dieting damages the body, the mind and the spirit. Have you ever felt like a complete failure after yet another diet disaster? Your self esteem and trust in yourself erodes with each feeble attempt to outsmart your biology. Truth is you didn't fail, the diet failed because your biology will win every time. The assertion of your autonomy will prevail, as it is greater than your desire to lose weight, as it creates an internal violation to your body's primal biological directives: TO STAY ALIVE.

Have you hit diet bottom? How many times have you felt like a failure after another failed diet attempt? Do you find yourself depriving and restricting to be 'good' and then binge or overindulge and tell yourself you'll start again tomorrow? If you want to break the cycle forever and return to your healthy weight, without dieting it is an inside transformation at the core of your being. Changing the way you think about yourself, food so you can love yourself, your food and your life. This process combines all the tools, strategies and techniques to help you discover and transform your life. This is book helps you gain the life you want as you shed the weighty issues that keep you in an unhealthy cycle. This book shares with you real stories, real struggles and gives you proven techniques which will give you real transformation - from the inside out.

Brenda Bentley draws on over 10 years of experience as a therapist and coach to help people to let go of their limitations and realize their potential. She teaches her clients to trust themselves to know what they need and to live authentically through this truth. Originally from Orlando, Florida she relocated to the England in 1999 and currently resides in Warwickshire, England. She's married and has a teenage son.