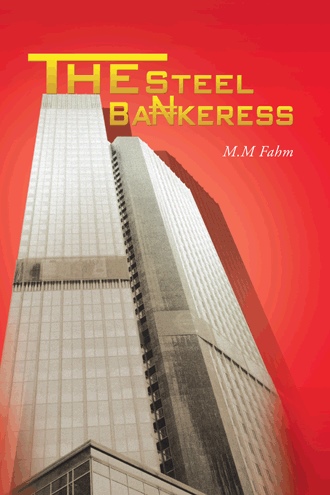 “Are you okay, Enitan?” asked one of the male staff, Afolabi Jinadu. He was an inheritance from the old management of the bank. Very strange in behavior, murmured to himself a lot, but he was a seemingly nice, mild mannered middle-aged man. She and most people did not know Afolabi was anti-female, a very traditional man. Women in a work place irritated him, especially pregnant ones. His wife was also pregnant. The difference was she was at home snoring while people like Enitan denied him of promotion. He wondered why she just didn’t resign. She looked to him as if she had spent a night in her car queuing for fuel. “What can I say to that? I think I must be,” she acknowledged sceptically the sympathetic looks of the other staff. They could never try that with Pamela looking on. “At least you will rest tomorrow… but don’t you think you should take your maternity leave? Do you want to have your baby in the branch?” With Enitan out of the branch, he was very sure Pamela’s constant anger, which was worsening as Enitan’s bulge was growing would reduce a little. Life in the branch would become a bit more bearable. He recalled the scene outside the branch maybe he would have to take her picture. “I will take my vacation when I am ready to, Afolabi,” Enitan replied curtly.

A young naïve woman desiring the elusive 6 digit salary would grab at the good fortune of starting a career in banking. However that corporate glitter and professional glamour comes with a hefty price as three bankeresses find themselves in a maze of mental bondage, limitless deceit, and extreme personal sacrifices. Pamela is a hardened ambitious bankeress haunted by nightmares of a secret and shameful past. Her devious scheming puts her far ahead of her other colleagues and gets her the promotion that might ultimately push her over the edge of normalcy. Rachael is the weak minded ambitious bankeress. Like the proverbial sheep that devours the faeces of the dog it follows around. She is desperate to succeed Pamela. On the verge of a nervous breakdown, an additional burden of guilt could finally cause her mind to collapse. After losing out to Pamela, Enitan is the bankeress that desires to replace her fevered ambition with a change in her personal life. She however has to face a different kind of crisis, being trailed by the diabolical rituals of her mother after the adoption of a baby boy from an unscrupulous doctor. Beneath a façade of Nigerian corporate sophistication is a disturbing and desperate story of The Steel Bankeress.

M.M Fahm (PSEUDONYM) currently resides in Lagos Nigeria. She spent close to 17 years as an aggressive bankeress before she resigned and began a new career with the public service. Her debut novel THE STEEL BANKERESS is loosely based on experiences of career women in the 21ST century Nigerian banking sector.