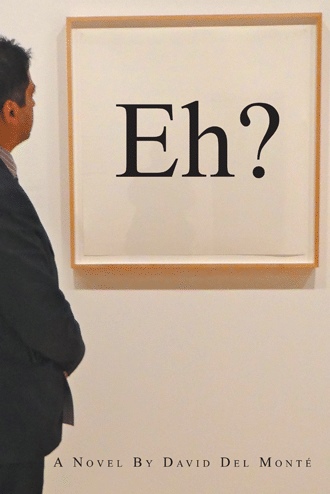 I look at it now, my archive, my treasure, and think, what do I keep it for? There, under the floorboards of my flat – I should say our flat, if I include Meg, my gf – lies the past. There, for example, in a vacuum-packed polythene bag, are my jeans, with the red flash down the side, from 1972. There too are my platform shoes, and there in a cardboard container are some of my concert tickets – Pink Floyd, Dipcaster (pronounced Dip’ster), 1971, and Curved Air and Patti Smith, London Roundhouse, 1975, together with illicit bootleg cassette recordings. Anyway, it’s all there, pretty much all I could keep, and more besides, not only about me, but about all of them, all my friends, and especially stuff about my best friend, John Gegen, Gigi – more of him later. I keep it all ’cos I want to, and because of certain mysteries I will impart to you, dear reader, mon semblable, mon frère, etcetera, etcetera.

Friends, the normal human instinct is to seek happiness. (That’s my opening sentence, actually!) But where I am concerned, it often seems to be in short supply. This is probably the same for everyone in the world. By everyone I mean the masses, the toiling herd, humankind … Of course, I’m different. (That’s right, talented, wonderful, amazing – I keep telling myself that – my gurus tell me to tell myself that!)

The world might not know it yet, but my time will come, I’m sure of that. I don’t know if the same can be said of you. But I don’t know you, gentle reader, do I? As yet. I hope to get to know you over the ensuing pages, if you’ll allow me.

I can only tell you what happened to me from my point of view, take it as you will! I’ll try to make this journey as pleasant as possible, but please bear with me, will you? I’m not a stand-up comedian or a celebrity (as yet!). But I expect that after this has been made known to the world, I will be in danger of being mobbed in the street. Special VIP areas will have to be reserved for me in clubs, and stores will open specially for me when I want to shop in Beverly Hills or Knightsbridge. But in the meantime, I’m plain old me: Eric Sinclair, at your service!

The weekend I’m going to tell you about started out brilliantly. I had been invited by said old friend, John Gegen, the artist, who, as you are all aware, is better known as Gigi. In metropolitan areas around the world, by which we mean the known world of all that passes as culture, he is taken very seriously. A few say that he’s a charlatan and a cad. But these people are surely mean-spirited ones who cannot appreciate the great artist in our midst and the contribution he makes to our culture and knowledge of the world. I have to admit that occasionally I myself fall victim to that attitude, when, for example, he presents a certain artefact – his Zeppelin-sized male genitals, for example, floating over Tower Bridge – as an example of art. But then I realise I was not looking at the spectacle the right way. An email exchange with a Professor of Art at Central Saint Martins in London soon put me right. The lunchbox sold for over a million dollars, I believe, and, as it was made of combustible hyperon, only lasted eighteen months. But that in itself was something, as the anguish of the decaying artefact mirrored, some said, the decline of the flesh after coition (I think I’ve got that right).

Be that as it was, my friends, you can imagine how excited I was to hear from him. I had been his closest friend when we were younger and was still vital to his existence, even if Gigi had been busy, so very, very busy, of late. He was a man who had always been much on my mind, although he had been unable to contact me except by email for a long time.

It was gratifying to hear from him at last. The invitation had come out of the blue! I had expected it, of course, and knew I had not been forgotten. I kept the gilt-embossed card propped up on my mantelpiece for several months – something I’ve been told is completely non-U. It was fantastic to be invited to stay!

It had been at least two decades since we had spent time together. So unfortunately my memoir of him is a bit scanty the more recent it gets. It wasn’t my fault! It certainly was not for want of trying! The intervening period had seen us drift apart, as far as the outside world was concerned, at least. I knew I was never far from his thoughts. How could I be? Our relationship was so close. Friends, I was his first follower on Twitter, his second Facebook fan! I admit, I have a drawer full of clippings and a large number of downloads on my PC. Meg (my gf) always threatens to chuck the Gigi material, and for her sake I keep my friendship with him under wraps a bit.

Of course, the disparities in our fortunes could not be denied. Funny thing is, when we were young, we were the same! No, I mean it! And the other funny thing is, I never bothered with his artefacts back then! And now a piece of cloth with his name on it can fetch thousands! If I had kept a fraction of what he threw away, I’d be a millionaire now!

I never imagined for a moment he would become the man he has. But I loved him anyway, in a platonic sense, of course. And he has always loved me.

He was a somebody; I was a nobody! But I always kept John in my mind and heart. As I say, when we were young, we shared a kind of parity. We each possessed, or so I imagined, a modicum of artistic talent. Well, you could say he had a bit more than me. John, as he evolved into Gigi, had become famous and wealthy. I, on the other hand … I had … well, let’s just say that my day job has been as a financial adviser, but that’s only temporary till my literary career takes off, which, I think you’ll agree, judging by what you’ve read so far, is happening right now!

Believe me, you’ve seen nothing yet! I won’t spoil it and tell you what’s in store, ’cos I don’t know myself yet, but take it from me … well … you’ll see!

You’re going to meet our other friends, too. Fascinating characters who will jump off the page and be depicted larger than life in living colour. Scott, our urban guerrilla and Che lookalike, for example. Or Lloyd, who is now a government minister! And there’s Charlie, corrupt policeman and my bête noire.

No, friends, I did not want fame for fame’s sake. Of course John’s wealth, his access to ready money and easy women, could not be ignored. But I was not going to be like him, or that Frenchman I had read about, who never wrote anything. His books were full of blank pages. That didn’t stop him from being fêted, but that was because the French always fête intellectuals, even if they spout hot air.

Gigi pulled off a similar stunt in England. He did it with an incredible insouciance. (That’s a good word – I’ll keep it in.) The more contempt he showed for his admirers, the more success came to him. I could never understand it. Was it so beyond him, I used to think, to behave properly? I imagined how I would have looked, up there in front of the cameras. Do you think I would have appeared drunk on television or gobbing from the Bridge of Sighs onto tourists as they sat in punts on the River Cam? No way Jose! I would have been neatly turned out, in a Hackett suit, or something like that, and I would have behaved with perfect decorum and aplomb – as befits a major talent. And if my views were elicited on the great issues of the day, I would be happy to pontificate on them. I think I could handle that … coherently, John! Anyway … these days I still keep my wardrobe from the time my father handed clothes down to me. Why waste them? But … anyway … 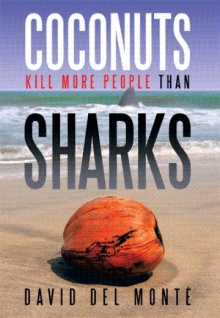 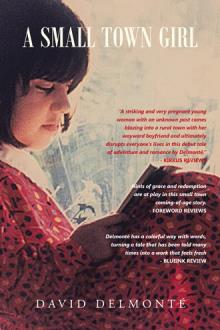 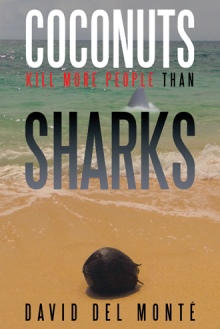 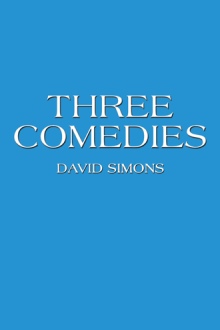 Armed with his own memoirs and its embarrassing disclosures of his friends’ youthful escapades, the hapless but likeable Eric gets mistakenly invited to his famous artist friend’s giant bash at the latter’s country pile.

Wheedling his way in, he proceeds to cause havoc, leading to hilarious consequences.

Both funny and satirical, we are taken through the lives of a group of friends threading through the 1970’s and 1980’s to the present day.

Scion of a famous family of fruit merchants, David became a playwright and a writer.

He is following the success of Coconuts Kill More People Than Sharks with this debut novel.

He lives in Winchester, England.