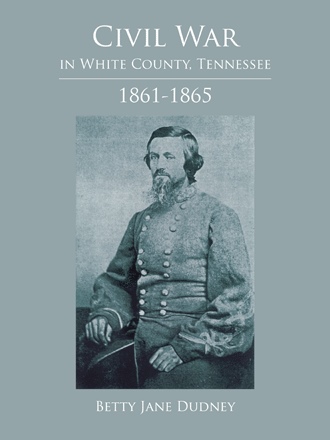 Because of its proximity to the dividing line between the South and the North, this area became known as the “No Man’s Land” of the Civil War, and there were naturally divisions of sympathy and sentiment. The result was a cruel mixture of guerilla warfare and individual bushwhacking which was conducted with awful savagery. The rise of this particular brand of war in the mountains and valleys of White County constitutes a separate story of the Civil War. Here were no grand battles fought by famous generals leading thousands of troops, but just as deadly were the countless, constant skirmishes between small groups, sometimes between neighbors. The toll taken by four years of such fighting does not add up to the numbers which shock and horrify as the statistics of Shiloh and Gettysburg do, but the grief and bitterness which resulted from the pure uncertainty and nightmarish quality of life in these mountains has left a legacy which is still part of the folklore of the Upper Cumberland.

Drawing on official military reports and personal diaries, the author paints a vivid portrait of the Civil War in White County, Tennessee. Although no major battles were fought there, the unrelenting guerilla warfare and true civil war among neighbors had an enormous impact on its people. White County produced several memorable figures during the war. Confederate General George Dibrell and his famous 8th Tennessee Cavalry served first with General Nathan Bedford Forrest and then General Joseph Wheeler. Champ Ferguson emerged as the area’s most notorious Confederate guerilla during the conflict. Through her journal, White County teacher Amanda McDowell described the cruel reality of daily life in the region. The narrative conveys the special character of the war in White County, while providing excellent context regarding the military and political developments in Tennessee. The author explores how the stubborn individualism of the mountain people is critical to understanding both their political decisions and subsequent events during the war. The divided sympathies of this border county and the resulting distrust among families and neighbors exacted a terrible toll that could not be measured in numbers of casualties.

Betty Jane “Janey” Dudney is a retired adjunct history instructor at Tennessee Tech University. She obtained her BA in English with high honors from Tennessee Tech before raising two children. She later returned to TTU and earned MA degrees in English and History, teaching both at her alma mater for several years. The great, great granddaughter of General George Dibrell, Janey was inspired to complete this work as her Master’s thesis in History in 1985. She and her husband Morgan, a retired physician, live in the Free State community of Jackson County, Tennessee.