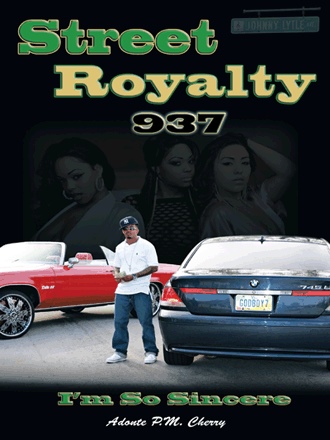 “A Flick, where you at bra?” Monster said ridin down Salem Avenue in his black Tahoe on 26 inch rims. “I’m in the hood”, Flick started but Monster cut him off. “I just came from downtown at the Justice Center ni$$a” Monster stated emphatically. “Ni$$a just chill, we’ll talk when you get to the hood. I’m over Talacie’s house, so come through”. Flick told Monster just as Monster said “It’s on” and hung up. Speeding up a little over the speed limit Monster lit up a blunt of silver haze hoping to calm his nerves. He couldn’t think straight for shit, everything was a distraction so he turned his music off to see if that’d help any. Detective Hicks had boxed him and Flick in on a body they had nothing to do with. They had a good idea who had though and he knew it too. Detective Hicks was a dirty ass detective who had been born and raised in the Dayton and Springfield area, so he knew almost everyone and everything. He was one of the most feared detectives around, he extorted majority of the hustlers and robbed the rest. He was a cold hearted muthafucka and now he was at Flick and Monster. Now as Monster rode in his truck trying to comprehend what he’d just agreed to and what Flick had already agreed to, he knew shit was about to get real crazy… Talacie stood in her doorway as Monster got out of his truck. “What’s good ni$$a…You aight”.., she asked looking him up and down. “Yeah what up”, Monster responded brushing past Talacie’s chocolate ass. Talacie was a cute little hood hoe who was fucking anybody who’s paper was right. Her house was a true trap spot where you could stash guns; cook and sale work, or fuck other hood hoe’s. As soon as Monster entered the kitchen his mood was detected by his partner. “Don’t let that shit stress you ni$$a”, Flick said sitting at the table rolling a blunt as Monster sat across from him. “What the fuck you mean…ni$$a we gotta testify if he go to trial”. Monster said. “Just think about it like this…You know them JL ni$$a is laying down every ni$$a eating and extorting muthafuckas too. Why you think that ni$$a been coming to the city bra?” Flick asked, then nodded “Plus Hicks got it out for us about that one shit…It’s either us or him ni$$a and I ain’t going down.” “You right my ni$$a but damn Sin.” “Fuck Sin…Fuck that hoe ass ni$$a and the rest of them JL ni$$a’s…Somebody should’ve been got at them ni$$a’s.” Flick yelled as he got up and paced back and forth past the kitchen sink. “Ni$$a we going to court if we have to and that’s that.” Flick told Monster as he calmed down enough to light his blunt… “Stop boy…Nah I ain’t fucking with young ass.” Talacie said from the next room. Flick and Monster glanced at each before Monster spoke out. “Who’s is that?” He asked “It’s me ni$$a,” Elan said as he entered the kitchen. Elan was just another young ni$$a off the block who couldn’t get over the hump, keeping the same ole grams. Just enough to cop his shoes, gear, and a smoke sack of dro and then re-up again. “What up?” Flick said as he moved towards the cabinet where he kept his ounces at. “I got $600 bra…Can I get one for that?” Elan asked “$650 an ounce young’n you know what it is…” Flick told Elan as he grabbed a ounce of crack and a digital scale from the cabinet. “Let me own you $50 on my next trip…I’m fucked up right now bra.” Elan told Flick but looked at Monster knowing he was the better one to deal with when you needed a deal. Flick just gave Elan a blank stare as if to say “don’t fuck wit my money,” before he handed over the work that he’d just weighted in at 29.2 grams with the bag. Hitting the blunt then passing it to Monster he sat back down to count the $600 as Elan left Talacie’s house… Chapter 2 “Okay then nephew…How long you been out?” Stevie Day asked Sin as he opened his door like a neighborhood valet parker. “Almost 6 months unc…What’s good wit chu?” Sin asked as he looked left to right to survey the hood he’d left over 2 years ago. “Ain’t nothin nephew…Glad to see you home.” Stevie Day said as he threw his hands to Sin and called out a cadence of punches. “Now that’s what I’m talkin about nephew…I see you still sharp with that 4 piece off the jab.” “You know I stay on point unc I was putting them lames down in there.” “Yeah nephew I know how you roll so put me down…I wanna be with the man who got the crown.” Stevie said as he danced around like him and Sin were in a ring.

Adonte is educated in both the classrooms and the streets making his work remarkably believable. He lived it so now he writes it, not in a sense of glorifing it but to become an example of true redemption. Its survival of the fit in this world and Adonte writes it vividly cause he has survived it.