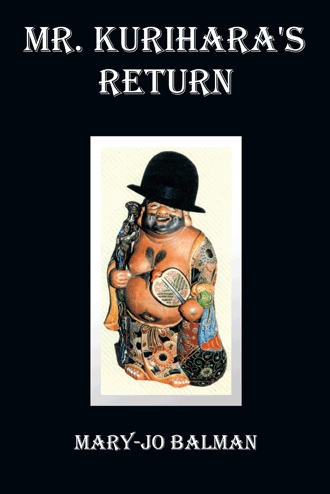 Wet snowflakes were beginning to cover the letters in front of the train station. Their rapid
descent was visible only as they raced through the arc of yellow light which illuminated the
sign. It read, "FURUMAKI".
It was six-thirty in the evening, and already, a Sunday-like depression, brought about by the
wintry darkness, had fallen upon the village. Furumaki was small - smaller even than its
neighboring town, Misawa-shi, which lived up to its literal translation of "Three Swamps", and from where most of the passengers usually came.
Normally, a cold, cheerless evening such as this did not discourage most travelers hereabout
from journeying to more inviting parts - not even for a day. Tonight, however, seemed to be an exception.
In this remote area of northern Tohoku, bordered by small rice paddies and dissected by mud
roads - now-hardened and covered with snow - there was a stillness that almost suggested death. For in the almost soundless evening, all that could be heard was the gentle crunch-crunch of the unbroken snow under the stranger's steps as he neared the deserted-looking depot.
He had been coming from the direction of Misawa, keeping to the side of the road, yet ever
watchful of stepping too close to the edge for fear of slipping into the barely discernible, snow-filled benjo ditch - the water-filled gutter - now almost too icy for the people living in the houses along the road who normally used it for washing clothes and other functions. When he saw the light coming through the window, he quickened his steps, suddenly anxious to leave the snow and biting cold for the warmth that he optimistically anticipated inside the train station.
The waiting room at the Furumaki depot had been sealed from the hostile elements outside
until the hurrying figure, a thick, grey muffler wound around his mouth, the ends neatly tucked into his heavy woolen overcoat and a tight-fitting knitted cap pulled down over his ears, lifted his wet, shiny, black-booted foot onto the sill and pushed open the door. Immediately, the snow, which had accumulated against the door, blew into the waiting room and was quickly transmuted into small puddles by the warmth that came from the space heater squatting beside the refreshment counter.
The man removed his wet eyeglasses and wiped them off before he put them on again. He
then took off his cap and unbuttoned his coat. He was taller than average, slender, with neatly trimmed silver hair and a distinguished mustache. He pursed his lips and noisily sucked in the still cold air around his face.
"Huyu ni, kaze ga yoku hukimasu!" As he muttered to himself about the cold, blustery
winter wind, he slapped his gloved hands against his coat, causing a dispersal of melting snow to augment the wetness of the floor.
"Oya mal Oh my! Celsius minus 25 deguree desha!"
The traveler lifted his eyebrows as he noted that there were only two other people in the
waiting room in addition to an old woman tending the refreshment stand. He approached the ticket cage and, after purchasing a ticket, turned and noticed a stack of newspapers next to the stand. He walked over, dropped a 100-Yen note onto the counter and helped himself to a copy of the evening edition of the Asahi Shimbun, the Morning Sun Newspaper. Without asking the old woman for his change, he headed toward an unoccupied, highly-polished, wooden-backed bench and sat down. He placed his pigskin overnight bag on his lap, removed his gloves and blew noisily on his hands. After this abortive effort to warm his hands, he unfolded the newspaper and scanned the headlines. Seeing nothing significant, he then began an intensive search through the remaining pages.
"Nani-mo arimasen," he said aloud. "Nothing. Still nothing has been reported."
He shoved the newspaper between the slats of the bench, folded his arms and looked about

"How gloomy it is here," he mused. "What a pity I am not on a train going to Tokyo this
evening. And worse, since I am to distance myself even farther from the capital tonight, I can look forward to nothing but a dismal provincial landscape. Dismal and icy. Yes, and of course, the snow will surely freeze just because I am taking this train! Winter, after such a delightful autumn, has swept from the sky and the earth all illusions oflife. Ah, that is very good, Kurihara. Said like a poet!
Quickly, write it down before you forget it."
He stared at the door and narrowed his eyes as if in expectation of more passengers.
"How odd that there are not more people here! Only two - that pathetic-looking old man and
his wife. Three, if you count the corpse behind the counter.
"Now, now, Mr. Kurihara, have respect for your elders. What a terrible thing to say.
"Ah so desu. Sumimasen. Yes, you're right. So sorry. I quite forgot myself for a moment.
Yet, you must admit they all look as though they are merely waiting to be escorted into the next world to join their ancestors. How pitiful. And what are they doing out on such a night as this? What, I wonder? He with his bony face, his skin so tight and white there are no wrinkles left and she, humped over in half with her heavy nimotsu on her back. What a lovely custom - that the old lady is the one who must carry the heavy bag on her back. I must remember to thank my imperial ancestors for that one. Look at them - so still they almost don't look alive. Maybe they are my imperial ancestors - in disguise - placed here just to watch over me! Not that I need spectators. No, actually, solitude is much more preferable in this type of work. At least for the time being ...until the curtain falls on our little drama, ne? Don't you agree?"
The man took his newspaper from the bench and placed it in his inside pocket. He then rose,
walked to the window facing the platform and, with a rapid circular motion, rubbed away a small portion of the condensation on the window. His nose almost touched the window as he strained to see down the tracks in hope of sighting his train. Again, he pursed his lips, breathed in noisily and slowly moved his head from side to side.
"Look Kurihara, look at that platform - so still and lifeless. One employee out there. Doing
what? What? What is he doing? Moving and stooping. Look! Now he seems to be staring into the waiting room. Ne, don't you see, he is probably wishing he could come in and warm himself up.
Why doesn't he? Why does he continue to stoop and pick up wrappers and cigarette butts when no one is here to supervise him? How pathetically predictable people become from a lifetime of obeying orders. Look at him ...like a tired shadow. Even he is depressing. If I could see his face in that darkness, I am certain it would be numbed with the cold, completely empty of expression, devoid of hope. Ah so, for some people, life is a continual struggle."
He turned away from the window and released an audible sigh.
"Why did I come thirty minutes early? What a stupid idea! Thirty minutes to kill among this
festive gathering! Ah well, let me see if I can wake up the corpse. Uh, excuse me, I mean the old woman." 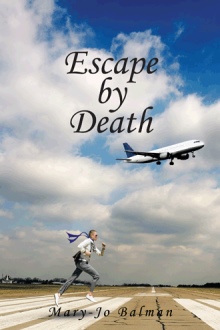 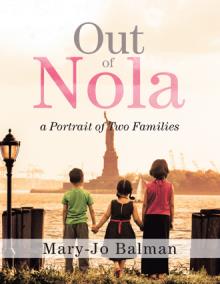 Yomimasu Kurihara is at it again.  In this, his latest escapade, the master criminal
and master of disguise is being pursued throughout Japan for one of the most
brilliant crimes of his lucrative career.

While this personable and charming anti-hero wins the enjoyment and admiration
of all those who follow his exploits, his hapless victims, in light of their avaricious
natures, are far from appreciative of his talents.  Mr. Kurihara's intellect, imagination
and sense of humor, coupled with no small degree of good fortune, serve him well.
But, even Mr. Kurihara, whom most women find irresistable, surprisingly discovers
that when it counts, he is not that fortunate in matters of the heart.

Mary-Jo Balman is a world traveler whose first book,Jenny in China, is a humorous, informative account of a teenager's travels in China.  Her second, Escape by Death, takes place in New York and Australia, and her third, Mr. Kurihara's Return, takes place in Japan.  Her colorful characters, her entertaining dialogues, as well a her insight into human foibles, evokes the reader's own awareness of the human condition.  Although a native New Yorker, she spent two years working in Europe and three years in Japan.  After returning from Japan, she decided to make San Francisco her home, and on her return, she attended and received her BA and her MA in Linguistic Studies at the University of California, Berkeley, and a teaching credential at San Fransisco State.  She taught school for three years and then decided to return to her first love after three years in the classroom.  She continued thereafter to author articles as she made repeated trips back to Europe and Asia as well as to Africa, Central and South America, Mexico, Egypt, Israel, New Zealand, Australia, a host of other countries and, of course, more trips to China and Japan.  Her prolific writing, an inate sense of humor and her knowledge of foreign languages, dialects and linguistic speech patterns are a distinct advantage in making her characters human and recognizable to all who encounter them.