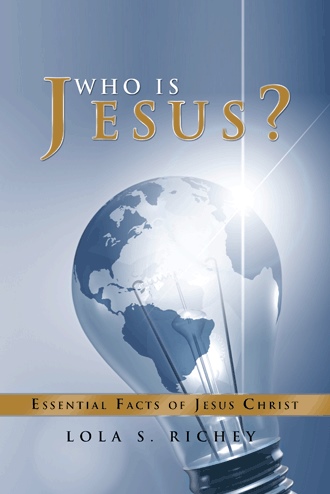 Jesus! The very name can cause some people to become panicky, tense, and uneasy. Jesus is the central figure of the Christian faith. If you are new to the Christian faith and want an excellent, readable introduction to Jesus, this book is for you. If you already have knowledge of Jesus, but you want a clearer understanding about Him, this book is for you. This book not only explains Jesus, but it also informs you of the key issues surrounding Him and His time here on earth. This book attempts to take the mystery and fear out of Jesus. Readers will master the basic facts about Jesus’ life. The overall objective of this book is that people everywhere learn to know and serve Jesus better. In particular, this book seeks to help individuals develop better knowledge and understanding of Jesus, so that they will love Him more confidently and in the same fullness as others.

Lola Richey is a native and lifelong resident of South Carolina. She is a believer in Jesus Christ. She is a graduate of Winthrop University in Rock Hill, South Carolina, with a Bachelor of Science in Business Administration, with an Accounting Concentration. Mrs. Richey obtained her law degree from the University of South Carolina School of Law (Juris Doctorate) and Masters of Taxation (LL.M.) from the University of Florida College of Law. Mrs. Richey is a Certified Public Accountant (CPA) licensed in the State of Maryland. She has also studied at Erskine Theological Seminary in Due West, South Carolina. She is a Gulf War Veteran serving as a Hospital Corpsman and as a United States Naval Officer (Supply Corp). Mrs. Richey founded Praise Pure Ministry to teach people to wholeheartedly love and live God’s Word. She has written numerous books and Bible studies, including Knowing the Gospel, Quick Church, The Essences of Love, and Understanding The Holy Spirit. Mrs. Richey is married to Rodney W. Richey and has two sons, Jonathan and Joseph.