Now, It's Time For the NU-Beings 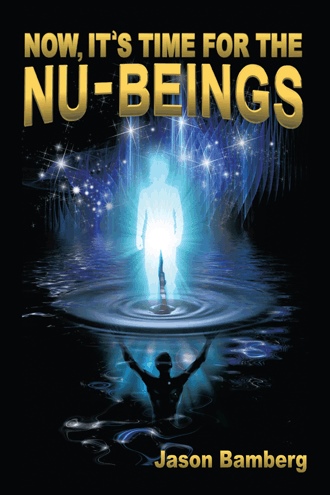 Of all the myriad levels of knowing and believing concerning the true Nature of human beings, humanity has come to this eagerly anticipated zenith of occurrences which redefines that level of knowing and believing. A fascinating and eventful time period has arrived in our generation. The knowledge of this event that many call “The Golden Era of Humanity” or apathetically speaking "The New Age", is a reality that being experienced NOW! Yes life has begun refashioning itself right before the eyes of every single living thing on this planet. As for humans, every single aspect of existence from the attitudes we espouse to the foods we eat is undergoing a remodeling of cosmic proportions. We are now past the question of “are we ready for this change?” and have moved into the realm of "we are the ones creating this change!" This is what we all came here to do! It's time for NU-minds, NU-hearts, NU-souls, NU-spirits, and NU-lives! Know that this NU-ness is not something foreign to U. It’s actually something that is already N-U (in you)! It’s your time! It’s my time. It’s time for the NU-Beings!

As a student and seasoned aspirant of spiritual, metaphysical, and esoteric sciences, Jason Bamberg has developed an elucidating manner of cognition that easily bridges the curiosities of many who also seek to know. Having over 15 years of metaphysical studies, as well as at least 20 years of comparative religious and cultural studies, the clarity of his position is refreshing indeed. A brief list of some orders or organizations that he has travelled through include: -The Ancient Egiptian Order -The Sons of the Green Light -The Ancient and Mystic order of Melchezidek -The Freemasonic Order -West African Divination Path of Ifa -The Holy Tabernacle Ministries -Yemassee Native American Observance (Moorish Accolades) Also some of his professional accomplishments and experience include: -Florida A&M University (Biology) -Water Treatment Systems Specialist Class II -Water Laboratory Analyst -Multiple certifications related to environmental facets i.e. HAZMAT qualifications, with a solid chemical and biological knowledge gradient. Often Jason Bamberg expresses his desire for planetary elevation adamantly. It is a desire that he explains was deliberately commended to him through his genetics by way of his ancestors that influence and supports his passions. Nothing was more important to him in this world than to come to the knowledge of the Source of humanity’s greatest potentials. The question that drives him till this day is “How good can life get?” Well, bottled within that question is the summary behind who Jason Bamberg has become through his experience as a student of life’s greater mysteries. Jason Bamberg is a joyous husband of 6 years. He is a very proud father of three dynamic children. Being born in a small town called North right in the heart of South Carolina he was raised carefully in an unpretentious environment of love and support. He currently resides there and is making positive changes for those whom he comes into contact with. He is more than willing to share as much as he has gained throughout his knowing. Being supported by his intuition, which is growing more and more as these days continue, conversing with him is like conversing with someone U know. Humble in regards to respect for ALL, I’m certain U’ll be more than pleased with the positivity that he’ll bring to this "positive revolution" that is in full force. It’s a type of positivity that leads to manifestation as well as transformation. There are no ceilings, no limits, no boundaries, therefore the possibilities are infinite. Infinite possibilities are the substances of what this day and time offers for humanity. Jason Bamberg is one who has gotten a taste of the great divine fruit of infinite possibilities and he is willing to share that with ALL! Inspiration is like air, it is destined to find its way inside all of us time and time again. – Jason Bamberg