The Adventures of Ranald the Rugby Player 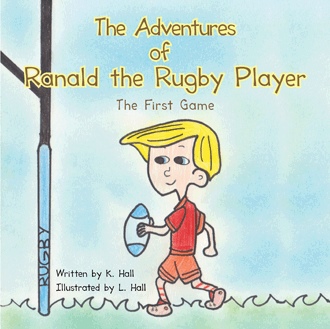 Ranald Rames was a blond haired boy, small for his age, but he loved to run. He ran around the park, the shopping centre and ... anywhere he could pick up speed! He was small but he was fast. His favourite birthday was the day he turned six – his parents bought him a ball. Not just any ball, an egg shaped ball – a rugby ball. He took it everywhere he went. He named it Bap. Bap sat at the bottom of his bed every single night. His Dad taught him how to throw and catch the rugby ball. The two of them often played together in the garden. Ranald was ecstatic the day he was taken to see a live rugby game, it was his eighth birthday. The men seemed so big and strong. “Dad,” he said, pulling on his father’s shirt, while at the game, “I want to be a rugby player like them. Can I?”

Ranald Rames is eight and loves his rugby training. He is very fast and yet he is never picked for the team. He overhears Graham, the team captain, saying that he is too small. He decides to give up. Can anything or anyone persuade Ranald to follow his heart and play rugby again?

Kerry Hall has worked with children for many years as a childminder and a teacher. She teaches English and Drama. She has three children (two boys and a girl), two dogs, a cat and three Shetland ponies. She lives in the countryside of Scotland with her daughter and husband.