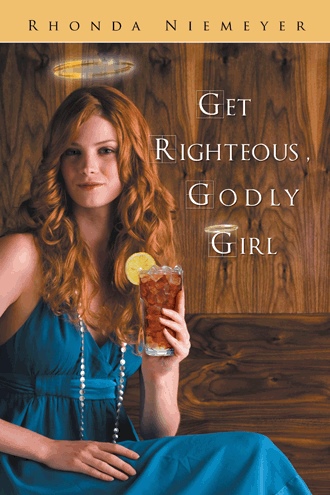 Get Righteous, Godly Girl is intended for all women and the path each of us long for: Living Righteously in a Worldly Society. All women, regardless of where you are on your journey, embrace the opportunity and challenge Get Righteous, Godly Girl puts before you. Learn about women of the Bible, how they too struggled with the day to day challenges of living righteously in a worldly society, and what we can do to resist falling short of God's command. This guide will allow the reader to: · Take a hard look at their own lives · Identify areas that need improvement · Understand God's word · Prepare a practical plan for change. In sharing my own personal secrets with each of you as an example, you too will be empowered to break up with bad habits and fall in love with God, for He is awesome and mighty in all things. Amen.

Rhonda Niemeyer was born in Huntsville, Alabama to Mae and Ronald Phillips. She is a faithful member of the Methodist Church. She is married to John and has two children, Alyssa and Aidan. Her passion is to reach as far as possible to provide God's word to His children.