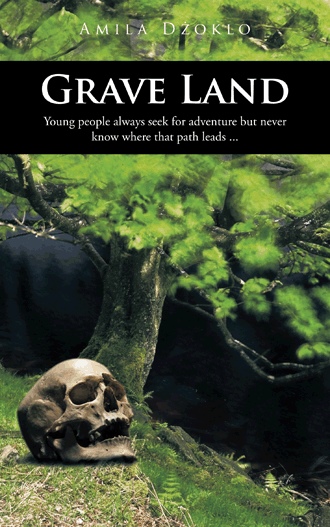 Death is the irreversible cessation of brain function and complete spontaneous respiratory function. Death can be in separated in two cases. One case is natural death as natural course of life and in another case, in the case of violent death, and we are talking about murder and suicide as types of violent death. It is strange how a man is accepting the death. If it was the older human being we only say the time has come. Because the body throughout life goes through various changes, the cells constantly dying and replacing them new and sometimes not, depending on the organ in question. It is known that liver cells are very well and quickly updated while a brain cells do not have this capability. It’s known that brain can only five minutes without oxygen and then the damage is irreversible. Anybody can comprehend that there was a time of death, but no one can comprehend the death of young person. And it’s so sad if that person was killed. Only you can feel it creeps through your body, the pupils are wide as if you looked the devil in the face, while the body defends itself from the shock of tears. While you’re trying to suppress the tremor that traps your body, you don’t have air to breath and you fight for every breath like a fish on dry land. But soon the scream of the brain wakes you up, like a deep call to mind that immediately went back to the reality. And you can’t indulge so much emotion when you are a doctor. That’s evident and for you it’s disastrous. Simply you have to cut off your emotional channels. You have to learn to distance yourself from everything and even of the worst scenes or otherwise that cost you too much. I can’t go into discussion about death with no one because when I say what I think about it they say to me:”You’re emotionally cut somewhere” or “You are crazy, not human what’s wrong with you...Etc” Why the hell I am? Because I have different opinion and I see death as freedom from the jail in this world. It’s end of life as we know it. We are turning another page literally. What will happen if we would live forever then it wouldn’t have any sense? I suppose it wouldn’t. We have a goal to accomplish. If we did it then some high force decide that there’s no more to do and that you’re come to the end. Little sounds skeptic but I couldn’t explain it simpler. I represent the opinion that our life is not meaningless. It’s not just a simple way get born, live “something” and die. I refuse that kind of terms. Life is more than that. Maybe sometimes is crap because we don’t understand it but in the end we have so many beautiful things to turn to.

Whatever happens, we will always seek for a better and happier world. Young people searching for a life adventure unknowingly were caught in crime network. How will this adventure end? Will their love survive? What will happen when they step into another reality?

Born in Mostar in 1986, I’m a med student, and I live in relation Mostar-Sarajevo. I love to write and read almost everything. Also, I like to travel when I can. I love all kind of antiques. I started to write because of my love of reading. I wanted to show another face of medicine. It’s not just to be a doctor and help people if you can. Medicine is pure science. It’s a way of life; it makes me who I am. Medicine is love for another human being. I wanted to show closer what medicine is and her branches because every part of medicine is beautiful in its own way. I want readers to enjoy the book with some fiction, science, love, mystery. A book is always the best way to relax from all the day’s rush. And for me, it’s the best way to escape from this world to another “book” world.