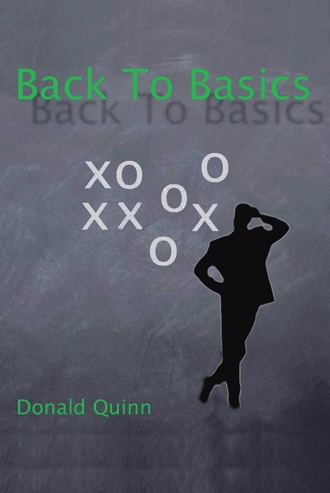 It should be noted that when I have the time I am completely addicted to Facebook, to the point where I actually have the application installed on my I Phone. The reason I bring this up is recently one of those mindless surveys was making the rounds again. You know the kind, that asks you a million and one, semi-private questions and then to complete the circle of pain insists that you post it and tag all your friends so that they now have the torturous task of reading all about you and/or completing it themselves. This is something we all love to hate but when bored enough will fill out anyway. And so being that bored late one night while taking a break from writing, I decided to fill the thing out. A handful of questions into it, the article finally posed one question that caused me pause and actually think. The question was “What did you want to be when you grow up?” As simple and almost mindless as that seems it raised, in my mind, a real dilemma because over the course of the years I had lost touch with the child who had wild and romantic dreams of the things he wanted to become. As a matter of fact, the two of us probably wouldn’t even get along very well as I can see myself scolding him to be a realist. But here we are so many years later, staring at a computer screen trying to remember which one of the million fantasy careers was the one that most stuck out in my mind. The question I kept asking myself was why is it so important for me to remember what I wanted to be, and then it struck me. While we all have childish ideas of growing up and become a superhero or perhaps saving the world with our epic inventions, very few of us actually see those dreams turn into any sort of reality. Instead we allow our lives to take hold of our destinies and race us on a helter skelter course towards retirement and old age. Each day that passes concerned about mortgages, car payments and whether Susie in the next cubical is going to get that promotion instead of me, takes us a little further away from pirates and buried treasure. Amazingly we also find ourselves not quite as happy as we were when we were children filled with dreams and the hopes of tomorrow, instead consoling ourselves with shallow victories taken in our adult lives. Where once we dreamed of doing amazing things, now we will pat ourselves on the back for getting a small raise or extra vacation week from a job we hate.

The opening of Back to Basics is the words of Robert Frost, immortalized in his poem "Stopping by Woods in a Snowy Everning". Any good business owener, manager, or aspiring leader knows that every step in the journey they take is merely the first and that there are many ahead, The first chapter of the book is dedicated to finding the road ahead and identifying what it is that motivates the reader, where his or her passions lie and asks rhe question "What do I want to be when I grow up?" Through a series of exercises and a deeper look into the dreams and passions that brought a person to the place where they are today, chapter on examines the way forward and encourages the reaader to propel themselves to new heights by identifying their own strengths and those of the people around them.

Donald Quinn is a founder and the current CEO of O Cigarettes, an electronic cigarette distribution company based in Washington State. Together with his partner Bethany, Donald also runs a multifaceted consulting company that teaches leaders how to operate leaner, more efficient and create more profitable organizations based on the back to basics principles. A transplant to the Seattle area, Donald grew up in India and still has strong ties to the business sector there. While in India and at age 15 Donald started his first sucessful company in direct mail, growing it over the next few years into a full service marketing company. After working on marketing, with companies like Coke, HP, Compaq, and Philips, Donald moved to the United States. In 2001, Donald joined the military and served 9 years in the Army Reserve, doing a tour in the Middle East . During this time he worked his way through a variety of management jobs and put into practice many of the skills and methods shared throughout this book. As a result "Back to Basics" is a real life document that was learned where the rubber meets the road and hence offers very clear and practicle direction, that managers in the field (at every level) can relate to. Donald started writing "Back to Basics" in 2010. In 2011 Bethany, who co-edited the book, and Donald launched O Cigarettes and quickly grew the company which, after a year in buisness, was valued at over $12M. In February 2012, it was time to finish the book and after adding more experience, learned during the launch of O, the book was published.