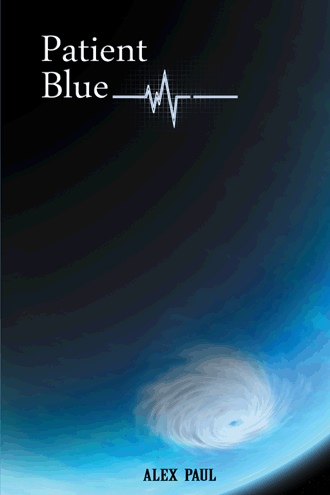 CHAPTER 1 STRANGE NEW DAWN Awake! I raise my head slightly from the pillow and can just see over the duvet clad mound of Alice to the small illuminated clock on her side of the bed. It reads 3.12 changing to 3.13 as I watch. The room glows with a strange unnatural light. This, along with every damn dog in the neighbourhood barking and birds shrieking in a dawn chorus from hell, has woken me. I have a vague recollection of hearing a muffled distant boom, but I'm not sure if this was real or part of my interrupted dream with Rosslynne slamming a door as she left. I look at Alice breathing rhythmically in her sleep beside me; `wake up, it's late we've overslept.' She wakes with a start, `what, what time is it?' `Don't know, the clock says 3.13 but that can't be right, the batteries? Look it's daylight, must be at least eight, shit I'm gonna be late again now.' `Can't be eight,' she mumbles, `too tired,' already going back to sleep. I open the bedside drawer and take out my watch the time says 3.13, puzzling? It can't be pm, I mean I had a few last night and this light does have a late afternoon mid-winter quality, but at this hour of a January morning it should be pitch black. Maybe a newly installed security light has been triggered by a late night drunk or prowling cat, that would explain the birds, perhaps just a stationary car headlight? I get up to look, moving clumsily to the window that as always has the curtains drawn back. From this second floor bedroom on the South coast, according to the Letting Agent, you almost have a sea glimpse, though not quite. I don't really know the point he was trying to make when he told me this fact, but for some strange reason I was impressed. Sometimes, especially if it's stormy, you can hear the sea, but definitely no view. One time I even thought there might be a way to build some structure or extension on the roof, we have a small private terrace up there, just to get that mythical sea glimpse. But Alice, ever practical said the landlord wouldn't go with it, we wouldn't get planning permission, plus it would cost a fortune. Of course she was joylessly right as always, but nobody likes a know it all, especially me, who according to most people, seems to know sod all. As I stagger towards the window, too late I realize I'm naked, not a pretty sight at the best of times, but now, unprepared, gut hanging out exposing myself at a window in the early hours of the morning, definitely not a good look. I cover my crotch with one hand, easily done, while making a grab for my bath robe hanging on the bedroom door with the other. I stand on one of Alice's shoes, trip and half fall, steadying myself by leaning on the bed by her head. She opens her eyes, stares at my dick dangling just three inches from her face and says; `behave yourself Michael, I'm tired and have a bit of a headache.' `Look, I'm not -- I trod on your bloody shoe while trying to put my robe on and fell over, why do you always leave them in the middle of the floor?' I regain my balance put on my robe and return to the window to see what's going on, peering owl like into the eerie light of a bizarre false dawn. The strange light covers the whole sky, diffused by a thick sea mist which is just hanging in the still air. Looking east I can see a brighter glow on the horizon where the sun would normally rise some four hours later. In the communal garden of the block I can see two foxes mating frenziedly. For some reason I feel it necessary to bang rather feebly on the window, I don't know why. Neither of the in-flagrante foxes take any notice of me, anyway, even if they did, what would I do? Look disapproving, wave my arms, say shoo? Why not just let them do it, lucky bastards. After all it's not my daughter being screwed out there, not that I've got kids anyway thank Christ. The foxes break free, one barks and they're gone. The floor show is over. The light seems to be getting steadily brighter and despite the heavy mist, I can tell the sun is still below the horizon. Also, I swear that when I went to bed last night it was freezing with a frost forming. Now, with the gardens illuminated by this strange light, I can see that any ice has melted and the grass and trees are steaming almost as if on fire adding to the general haziness caused by the mist. With the light perceptibly increasing I'm feeling some concern now that the glow maybe something sinister. Perhaps a nuclear strike, Iran or North Korea comes to mind, or one of the reactors on the French coast has melted down and exploded. Napoleons revenge, `take zat perfidious Albion, blow east wind blow. My fears are not eased as I try to turn on the television and get only static hiss and white noise. I try the radio but get more of the same. I've read somewhere that an electromagnetic pulse would precede a nuclear explosion and this pulse would disable satellites and electricity. My already feverish speculation is only further enhanced as I switch on the bedside lamp and nothing happens. I try once more get another click but no light. I nudge Alice, who has gone back to sleep lying on her back eyes spastically twitching beneath closed lids, REM sleep, dreaming a woman's dreams of who knows what. `Wake up, something's happened, it might be serious.'

Blue knows you are here - and wants you gone. Blue, The Earth, is feeling rough. The time has now come for a consultation and radical treatment plan to remove what ails him- the Human race. Michael Johnson is woken by a strange unnatural light at 3am on a January morning. There is no electricity, no television or radio and no explanation as to what has occurred. He walks through the strange light to the beach where he finds bodies floating in the sea. - The treatment has begun. Patient Blue is an irreverent contemporary novel tinged with dark humour. The story focuses on the lives loves, death and resurrection of a diverse group of characters facing catastrophic events beyond their control. The action is set against a background of cataclysmic upheavals as Blue, undergoes radical treatment to remove a very persistent and tenacious ailment once and for all.

Alex Paul has previously written short stories and has now completed his first full length novel. He lives close to the sea in Southern England, an area sculpted and defined by wind and tide, sea mists and far horizons. In his writing he takes the mundane and ordinary, applies contemporary dark humour and imagery and makes them truly extraordinary. Through his writing, he invites you to explore places you may at first recognise, but will eventually come to view and understand in a whole new way. He hopes you enjoy the characters and landscapes he has created.