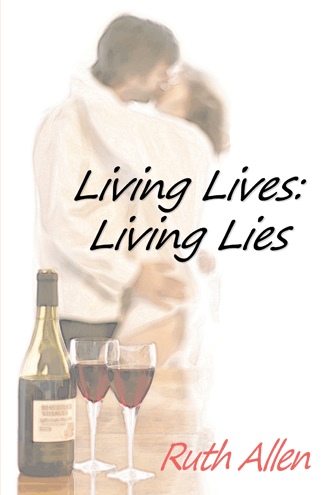 Paula sipped the crisp cold wine. This apartment was as stunning as she remembered from TV. The white minimalist décor provided an excellent backdrop for her. She looked around the room and acknowledged the admiring glances from a number of the gentlemen in the room, and the right mixture of admiration and jealousy from the women. She reached for and drained a second glass of wine.

Stuff you, Billy, you don’t know what you’re missing, she thought as she glanced down at the beautiful red, wrap-a-round dress she was wearing. The design enhanced the hourglass figure that men desired and most women could only dream of. Beneath the dress she wore a white “La Perla” bra, a lace suspender belt, white lace topped stockings and a tiny white thong. Her impossibly high red stilettos made her legs appear so much longer than they actually were. Her hair fell around her shoulders in soft waves and her face was impeccably made up. What a waste of effort for an absent husband.

She wandered around the room a few times, losing count of the number of glasses she’d drunk. That’s when she spotted the blond stranger. Her face broke into an amazingly beautiful smile which she directed solely at him. He glanced in her direction and smiled back in a slightly bemused way. She couldn’t walk right up to him, she had to play it a little cool, but how could he resist her when she looked this good? She had to get him to come over to her. Suddenly she was accosted by a whiskery heavy-set man in a pink tie and grey suit that was a size too small for him. No, this wasn’t part of the plan. He began some inane small-talk, but as often happened he was addressing her breasts and not her face, which gave her the opportunity to mouth “help!” to the stranger. Yes, he was coming towards her. He politely took her arm and he steered her away from the whiskery man with a simple, “Excuse me.”

They stood looking at one another. She saw six foot two of blond beauty, hers for the taking.

He saw what he considered to be the sexiest woman he had ever encountered.

When secrets are shared they become weapons...

The four central characters are attractive women in their prime: Jacqui, dark, fit and fiery; Hazel, elegant and cultured; Sonia, gauche; Paula, vivacious, magnetic. On the surface they have it all, but beneath the veneer of successful respectability there lurks a totally different story.

Disillusioned and looking for more, their search for sexual fulfilment and adventure leads them on a journey which will change their lives and those of their families for good. They are drawn together by chance, ripped apart by fury.

You will become the fifth member of the group, totally involved in the compelling lives of these women as they reveal secrets, which, when shared, have devastating consequences.

Ruth Allen was born in 1955 and brought up in Highgate, North London. After a brief spell abroad in her teens, she settled down to married life with husband Phillip, an interior designer, just up the road in Hampstead, London NW3.

Her long marriage revolved around their three children. Any spare time she filled with her hobbies, time at her local gym and regular Wine Club meetings with female friends and neighbours.

Divorced in 2001, Ruth moved away from London’s suburbia and now lives in a cottage in Cornwall with her new partner, where days are spent walking their dogs along the beach and more recently, writing a conservatory overlooking the stunning coastline.

Ruth’s debut novel Living Lives: Living Lies is drawn from the many hours she spent listening to her friends talk about their lives, loves and in some cases the lies they told to keep their fragile marriages together.