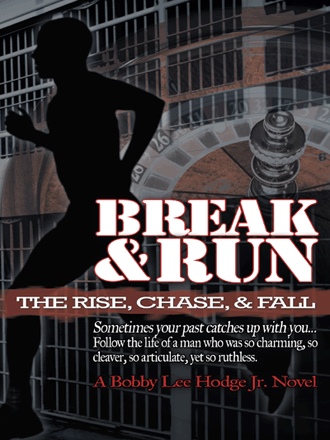 “Candy Sticking” At 10:35 a.m., it was quite obvious that it was going to be a very hot day. The humidity was already beginning its sticky wetness. The heat had absolutely no significant meaning to Jesse and me. As we cruised down the freeway in the air conditioned Oldsmobile, we talked excitingly about the job we’d just pulled off. Jesse and I had gotten an early start that morning after planning the robbery the night before. Jesse and I always dressed very immaculate, wearing very expensive clothes. We were constantly elected the best-dressed students during our school years. When we entered the finance company earlier that morning, the little short fat man looked up from behind the desk where he was sitting with a glowing smile on his face. That smile almost disappeared at the sight of the two black men who were approaching him. “Good morning,” he said, trying to sound cheerful. “I’m sorry gentlemen, but we won’t be open for business for about twenty minutes.” I looked around the office, making sure there were no employees in yet. The office had long blue drapes hanging from the ceiling to the matching carpet on the floor, covering the windows completely. I looked at the filing cabinets against the wall and for an instant I thought of all the people on record in that cabinet, bringing their money in to this little fat cracker and walking out, hating for the thousandth time that they ever borrowed it because of the extremely high interest rates they’d have to pay back. I was quite sure they were all mostly poor black people, but this morning, my brother and I had planned to collect some personal interest and sue them since the first ship sailed over. “Twenty minutes huh, well that gives us more time than we’d expected, but since we hadn’t included any coffee breaks in our plans we’ll just take the money and leave,” Jesse stated, his voice becoming more serious with each word. The little bald headed man was rising from his soft comfortable reclining chair now. “I’m sorry sir, but I don’t quite understand,” he said, trying to sound convincing. Already his voice was beginning to tremble. That lump of fear was bulging in his throat. “Well, you better try and understand motherfucker, before I put some lesson from this teacher in your fat ass,” Jesse said firmly as he leaned forward. Grabbing the man by his collar and pulling him over the desk, he put the big dangerous looking .38 Magnum to the fat man’s head. He left no doubt in the man’s mind that he was as serious as a heart attack. “Please mister, don’t--don’t hurt me, please,” the man fearfully stated. The little man had turned red and he felt his forehead getting hot. His heart was beating so fast and loud, he was sure the large black man could hear it. I looked at the fat blob I saw when we walked in, now acting like a sixteen-year-old bitch about to get raped. The sight was enough to make me want to burst out with laughter. Instead, I continued to look around, keeping close watch on the door at all times for employees. The fat man looked at me briefly, as if he wanted to ask for help, but my right hand remained underneath my coat since I’d entered. Now he assumed that I had a gun also, probably bigger than this one.

For the average young black man growing up in the southern United States during the 60’s was to realize that the oppressive Jim Crow laws that dehumanized and degraded black people and their ancestors of the past, was still very much enacted and very active in and around Crawford. A southern rural Community approximately 10 miles west of Phenix City, Alabama the unchallenged idea of prevalence in the white society had uncompromising and terrible physical rebuttal for its victims. Bobby L. Hodge, Jr. Has attempted to illustrate a very diabolical but realistic fiction depicting the life and times of Jesse Hodge during the tremulous times of his life, Faced with oppression, Jesse was rebellious and criminally cunning. Determined by his fate to live a life on his own terms, he constantly found himself in a desperate attempt to elude the law, but his less than evasive karma surrounding the life in which he had created for himself was too great to overcome

Mr. Bobby L. Hodge Jr. a native of Crawford Alabama a small rural area about ten miles west of Phenix City Alabama. He has written an epic novel of realistic fiction about the life and times of his brother during the Jim Crow times growing up in the 60’s and 70’s. Mr. Hodge also dibbles into his own life briefly, and is now a successful business owner and operator of Bobby’s Hair Styles in Columbus, GA. He is an accomplished stand up comedian, a father of four children and Grandfather to eight grandchildren. Break and Run is Mr. Hodge’s first novel, but writing is like a drink of wine and the intoxication has taken effect therefore you can expect more of his writings.