MORE JOURNEYS OF A LIFETIME 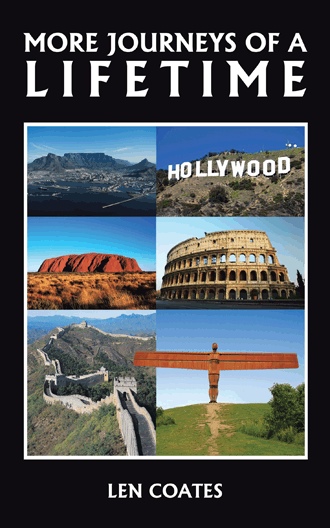 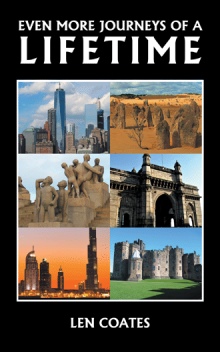 Even More Journeys of a Lifetime
Len Coates
$24.34 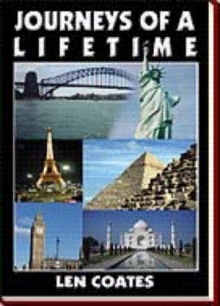 JOURNEYS OF A LIFETIME
LEN COATES
$19.95 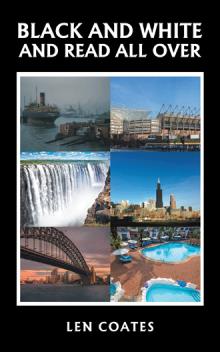 When I wrote my first book, Journeys of a Lifetime, in 2004, it reflected how dreams of mine, of visiting unknown places in the United Kingdom, countries across the North Sea in Europe, and seemingly far off continents of America, Africa, Asia, and Australia became reality. That was mainly due to the advent of air travel, package holidays, and the massive growth of international travel in the second half of the twentieth century. Nine years on from that book, my traveling has continued, and in that time, having seen the arrival of grandchildren, naturally they have joined in some of the journeys. Although places visited in that time include some return trips to old favorites, this book reflects only the new places visited. In particular India, the Middle East, the Far East, and nearer home Eastern Europe, all are featured more this time. Also, as we now have an Aussie part of the family, naturally Australia is also a regular destination. Although the United Kingdom is much smaller in area than the others, it is packed with wonderful places to visit, so trips at home are still often on the itinerary. In addition, cruising has taken off in the last decade a bit like package deals to Europe did in the 1960s and has added a new dimension to the journeys made. Cruises are featured several times in this book. More Journeys of a Lifetime reflects the further growth in long-haul travel and the massive increase of cruising. Hope you enjoy my further travels around this small world of ours, going on from those early dreams of mine and continuing to do so!

Len Coates was born in Cambois, Northumberland, England, in Apri1 1939. From a very early age, he had a passionate interest in travel. First of all, it was within the United Kingdom. After that, travel widened to Europe, then he was off to Zambia in Africa for two years. Transatlantic travel followed, and he has now been to North America more than thirty times. In subsequent years, his travels have taken him many times to the Far East, the Middle East, Australia, and the subcontinent of India. He has been married since 1967 with his wife, Pauline, with two children, Lesley and Anthony, and four grandchildren, Caitlin, Ciaran, Benjamin, and ???, and has now visited over ninety countries/islands spanning five continents.