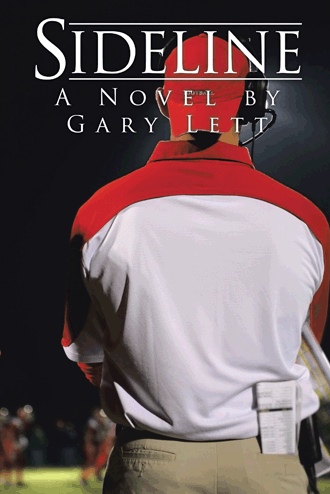 Bob Hayes grew up in a small Alabama town, the son of a prominent high school coach. Although there were a few shining moments as a player, he never really became a starter. Instead, he found his niche in the preparation and application of the strategy of player performance on the field. Capitalizing on his own talents and his father’s experience as a coach, Bob understood the game and excelled at motivating and coaching the best performance from the players. SIDELINE tells this story and gives a view into the rise and success of a famed young football coach in just over 80,000 words. The experience of not being a star player, like his older and younger brothers, drives Bob to become the youngest head coach in college football at a famed SEC university. The lessons learned and how they originated tell a compelling story and puts you in the middle of the huddles and on the playing fields. The finer points of the lessons, “Gary’s Gems,” are highlighted within the stories and listed for you at the end. Dr. Gary Lett (Doctor of Chiropractic) tells Bob’s story. Likewise, he grew up in a small Alabama town that loved its sports teams. While in high school Dr. Lett was a quarterback on his Glencoe (AL) team, winning the only State Championship in the school’s history. Dr. Lett has authored and published many professional articles on topics related to health care and athletics. You’ll find his background in sports and health care gives depth and insight into the finer points of performance optimization. Dr. Lett’s family is immersed in the game of football. His father was a high school team doctor (Glencoe) for 55 years. In 1969 older brother Kenneth was the starting quarterback for Charley Pell, the original youngest head coach in the country at Jacksonville State University (AL). Sister Judy was a high school cheerleader. Younger brother Ed was a two-time All-American quarterback at Jacksonville State and was named the Amateur Athlete of the Year in Alabama for 1981. Dr. Gary Lett’s professional practice, in Hattiesburg, MS, serves the public at large and athletes of all levels, from a variety of different sports. His 25 years of experience and interest in health care and athletics are a winning combination to tell the story of Coach Bob Hayes for you in SIDELINE.

Bob Hayes grew up in a small Alabama town, the son of a prominent high school coach. Although he had a few shining moments as a player, he never really became a starter. Instead, he found his niche in the preparation and application of player performance strategy. He was great at bringing out the best in his players. SIDELINE tells the story of Bob’s unexpected early success and gives the reader a glimpse into the famed young football coach’s unique talents. SIDELINE gets you out on the playing field and puts you right in the middle of the huddle. Along with these thrills, Bob’s story is full of lessons about sports and life. The finer points of these lessons, “Gary’s Gems,” are highlighted within the stories and listed for you at the end, making this a great book for coaches and students of any sport at all levels of participation.. Guys, girls, men and women of all ages will enjoy this story. It’s more than just a tale about football; it’s also a story of one young man’s journey and the surprising relationships that develop along the way. This is what makes SIDELINE championship material. Go ahead, read and discover for yourself!

Gary Lett, Doctor of Chiropractic, was a 1986 graduate of Life Chiropractic College, Marietta, Georgia. In 1988 he moved to Hattiesburg, MS to manage an office and has been in private practice since 1989. After writing a letter to the editor of a regional golf magazine, Southern Golf Journal, he was asked to do a regular feature, “Ask the Doctor” for the publication. He also had articles published by the Hattiesburg American newspaper, Chiropractic Economics, and InPractice magazines, as well as others. The articles were health related to various conditions and sports. Gary, himself, grew up in a small Alabama town, Glencoe. He graduated in 1975 and was a proud member of the 1973 2-A State Football Champions. Gary was on the football team at Jacksonville State (AL) in 1975-76 and earned a golf scholarship for 1977-78. Also view his practice site: www.lettchiropractic.com and for SIDELINE: www.garylett.com