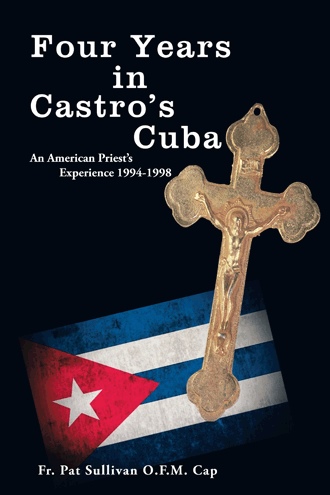 Christmas in Cuba When I arrived at the parish to which I had been assigned in Cuba in 1994, one of the most striking things was my first Christmas there, unlike any Christmas I had ever experienced elsewhere. In a sense you could say that the way Christmas is observed (or not observed) there says a lot about the situation of the people. Many years before my arrival the government had abolished the public celebration of Christmas, supposedly in order not to interrupt the "zafra": the vital sugar cane harvest which is going on in December. In reality, of course, it was the overall policy of the Communist government to get people away from all religious belief and practice, in the expectation that religion would steadily and completely disappear in the light of Marxist thought. In any case when I got there Christmas was publicly just another normal work and school day: not a day off for anyone. Those who wished could attend church services before or after work or school, but outside the church buildings there was nothing. No decorations in the street, no sales in the stores, no Christmas programs or music on TV or radio. It fact it was forbidden even to make reference to the existence of Christmas on TV or radio. Once while I was there one of the evening news anchormen made the mistake of adlibbing "Christmas greetings to those who celebrate it" at the end of the Dec. 24 evening broadcast, and was promptly suspended. In one sense I found it nice to have Christmas as a purely religious experience, free of all the gross commercialization that so damages the celebration in most countries. I was certainly glad to see a Christmas free from the ritual drunkenness that so often accompanies it. I remember when I was first studying Spanish at the Maryknoll language school in Cochabamba, Bolivia in 1974. I had learned enough Spanish to be able to celebrate Mass at the local parishes, and was asked to do the Midnight Mass on Christmas Eve at a downtown chapel. I was enjoying the late-night walk to the chapel in the pre-Christmas darkness. But as I got closer to the center of town I found the streets full of roaring drunks. On each street corner there were people with cases of hard liquor, selling it by the bottle. In Central America likewise the abuse of alcohol is often a tragic and blasphemous way of observing Christmas. One Christmas Eve in Nicaragua I accepted the invitation to accompany the local group of "Alcoholics Anonymous" who had the practice of spending all that night in their meeting hall, with their families, since it was the only way of protecting themselves from the constant invitations to "have a drink! It's Christmas!" So, it was nice to experience a sober Christmas in Cuba. While Christmas in Cuba was celebrated only in church buildings, believers could also have a Christmas crib or decorations in their homes if they wished, as long as they were not visible from the street. If it was too visible, the local "Committee for the Defense of the Revolution" would pay a visit and let it be known that it was not acceptable. At my parish the rectory and office was right next door to the church, and had large "French door" type shutters opening onto the park in front of the church. There was no glass, just iron bars. There we had the custom of setting up a big elaborate nativity scene inside each year, with dozens of painted plaster figures (by now much the worse for wear). It was quite visible from the park and street, but because it was inside a church building we could just barely get away with it. We decided to push the envelope and add some lights, and leave a tape recorder playing Christmas hymns. Many, many people would stop and stare, sometimes literally open-mouthed. There were, of course, the few believers who had never abandoned the public practice of their faith. There were also many drop-outs who had long ago submitted to the relentless pressure of official atheism, but felt guilty about it and still felt the longing for the things of the spirit. And there were the younger folk, raised from kindergarten as Marxist atheists but still possessing the natural longing for God. I used to enjoy watching the little kids who would spot the nativity lights from a block away and drag their parents over to see. "Look! Look! How pretty!"

Although I served as a Catholic pastor in Cuba from 1994 until 1998, it wasn’t until around 2003 that I started writing down some of my experiences and thoughts, which came to form this little book. I approached a couple of publishers with it, but found no interest. So I made it available over the internet to anyone who might be interested in Cuba.

As now in 2012 my family has kindly offered to see about printing up a small number of copies, I wondered if some up-dating of the material should be done. After all, a number of years have passed. But while I have been interested in following the news about what has since happened in Cuba I am by no means an expert on more recent events. And as I have been serving the small Spanish-speaking community in Okinawa, Japan for the past seven years my access to Cuban news is limited. So, I just present here the text as it is: my view of the Cuban situation during the years I actually lived there.

Having moved from English to Spanish, then to Miskito in Nicaragua, then to Japanese, my grammar, spelling and capitalization practices have become a bit confused. I am grateful for the editing and correction help of my brother and of Prof. Anthony Jenkins of the Ryukyu University here in Okinawa, but I’ll have to take responsibility for errors and inconsistencies that remain.

May God grant that these pages be of some use in promoting better understanding and peace among nations.

The author of this book is Patrick Sullivan, a Capuchin Franciscan priest who was the only American priest in Cuba from 1994 to 1998. During that period he was the pastor of two churches. He was among the priests who met the Pope during his visit to the island in 1998. He now serves as a priest on Okinawa.