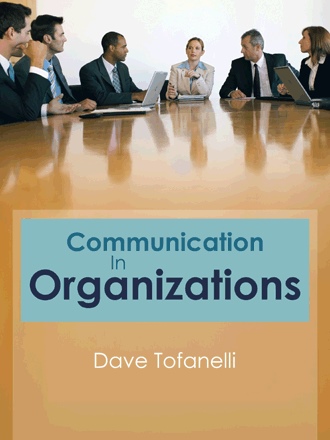 We cannot not communicate. The very attempt not to communicate communicates something. Through not only words, but through tone of voice, gesture, posture, and facial expression we constantly communicate to those around us. Through these channels, we constantly receive communication from others. Even when you sleep, you communicate. Remember a basic principle of communication in general: People are not mind readers. Another way to put this is: People judge you by your behavior, not your intent. Interpersonal Communication Is Irreversible. You can't really take back something once you’ve said it. The effect inevitably remains. Despite the instructions from a judge to a jury to disregard that last statement the witness made, the lawyer knows it can't help but make an impression on the jury. A Russian proverb says, "Once a word goes out of your mouth, you can never swallow it again." Interpersonal Communication Is Complicated. No form of communication is simple. Because of the number of variables involved, even simple requests are extremely complex. Whenever we communicate, there are really at least six "people" involved: (1) who you think you are; (2) who you think the other person is; (3) who you think the other person thinks you are; (4) who the other person thinks he/she is; (5) who the other person thinks you are; and, (6) who the other person thinks you think he/she is. Another complication is we don't actually swap ideas, we swap symbols that stand for ideas. For example, we have a concept of ‘a book’. It is a general distinction for a thing containing words that imparts information, but it is a vague distinction since there are many different percepts of the same concept. A textbook and a children’s book are two distinctly different perceptions of the same concept. This complicates communication. Words (symbols) do not have inherent meaning; we simply use them in certain ways, and no two people use the same word exactly alike. Always remember: • If communication can fail, it will. • If a message can be understood in a different way, it will be understood in the way which does the most harm. • There is always somebody who knows better than you what you meant by your message. • The more communication there is, the more difficult it is for communication to succeed. These tongue-in-cheek maxims are not real principles, but they do remind us of the difficulty of accurate communication. Interpersonal Communication Is Contextual In other words, communication does not happen in isolation. There is: Psychological context. Psychological context is who you are and what you bring to the interaction. Your needs, desires, values, personality, etc., all form the psychological context. Relational context. Rational context concerns your reactions to the other person--the "mix." Situational context. Situational context deals with the psycho-social "where" you are communicating. An interaction that takes place in a classroom will be very different from one that takes place in a bar. Environmental context. Environmental context deals with the physical "where" you are communicating. Furniture, location, noise level, temperature, season, time of day, are all examples of factors in the environmental context. Cultural context. Cultural context includes all the learned behaviors and rules affecting the interaction. If you come from a culture (foreign or within your own country) where it is considered rude to make long, direct eye contact, you will out of politeness avoid eye contact. If the other person comes from a culture where long, direct eye contact signals trustworthiness, then we have in the cultural context a basis for misunderstanding. Until recently, organizations hired employees based on technical skills. Now, with increasing competition, quickly expanding communication technology, and a rapidly expanding global economy, organizations have been forced to move toward service-oriented, information-focused organizations that are increasingly organized in teams. Fortune 500 companies name strong interpersonal communication and team skills as the most important criteria for success in management positions (Hughes & Terrell, 2007). And, employers consistently name interpersonal communication skills as crucial for success on the job (Dodd, 2011). Managers often contrast the ‘soft’ interpersonal skills with the ‘hard’ analytical problem solving skills, but managers are starting to discover their ability to learn and grow is limited unless they learn to empathize or cope with the emotional reactions of others that naturally occur in the workplace (Berko, Aitken, & Wolvin, 2010). As we know, the typical organization is not an easy place to maintain interpersonal relationships. Today’s organizations’ growing diversity of communication styles and cultural expectations, lack of time to develop relationships, and heavy reliance on electronic forms of communication are all exactly opposite to the ways in which people traditionally create and maintain relationships. Some use the term ‘interpersonal communication’ to differentiate face-to-face interaction from written or electronic messages. In other cases, people define interpersonal communication as their personal relationships with family members, friends or coworkers, thus distinguishing these communications from work relationships that are perceived to be somehow different. Neither of these characterizations captures the complexity of interpersonal communication within an organizational setting. Interpersonal communication is real-time, face-to-face or voice-to-voice conversation that allows immediate feedback. While interpersonal communication plays a large role in any manager's daily activities, it is especially important in team-based organizations. As one communication text puts it, “interpersonal communication occurs not when you simply interact with someone, but when you treat the other person as a unique human being” (Beebe, Beebe, & Redmond, 2002, p. 28). From this perspective, interpersonal communication can occur in writing or by email, as well as in a face-to-face setting. Further, even total strangers who interact with each other respectfully could be said to be communicating interpersonally even though the topic of conversation might be trite or task related. In short, interpersonal communication is more about the content and character of the exchange than about the mechanics of how it happens or with whom.

The future of business communications is a fully interconnected world where every employee will access, create and use content from anywhere. At the same time, companies want to keep their employees connected anytime or anywhere. Employees are no longer tied to their desktops, and they want the same communications options on the road or from home that they have in the office. Face-to-face communication is quickly becoming a lost art in this age of e-mail, texting and voicemail. But ultimately, when it comes to engaging an audience or making a compelling sales presentation, business is still driven by personal communication. High technology sets the stage, but speaking face-to-face seals the deal. Lack of communicative ability plagues many corporations, and the professionals that rise to the top are overwhelming those that develop communication approaches that achieve results. But, communicating with influence takes work and requires constant attention. This text will assist you in understanding types of communication, explain how successful communication takes place, and suggest ways of improving communication.

Mr. Tofanelli has over 30 years of corporate experience including executive management in one of America’s largest insurers, chief executive of a medical center, and managing partner of his own successful consulting company. His educational background includes bachelor degrees in both business management and economics, an MBA with a concentration in finance, a master of science in system management, and post graduate fellowships in both finance and health policy. He is a Certified Healthcare Executive and Fellow of the American College of Healthcare Executives. An outstanding communicator and presenter, Mr. Tofanelli is a sought after speaker and has written for several national publications.