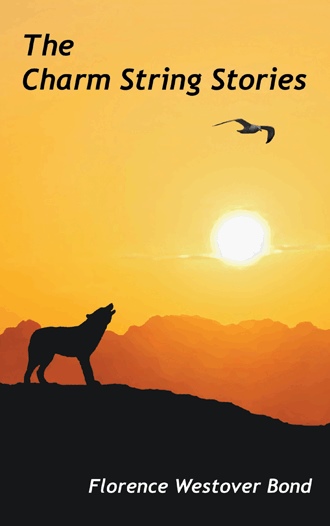 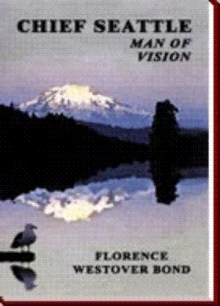 About The Charm String Stories There are as many reflections concerning the development of what would eventually become the State of Washington as there are people who experienced it. This book is one view composed of many interpretations: a young boy traveling west by covered wagon; a young girl born just prior to departure; a husband and wife searching for an uncertain future; Native Americans dealing with changes in lifestyle, attitudes and stereotypes which they neither solicited nor created; the march of technology through a raw, ownerless wilderness to a burgeoning “small town” economy on the brink of a destiny in statehood. Some of it was good. Some of it was less than fortunate. But it was all absolutely written in the sense that there was no appeal or reprieve. It was like the tide. It was coming in and there was no turning back. But there was, and there is, looking back. And that is the purpose of this book. Our path ahead as a civilization is far more secure and purposed if we can only take a minute or two to turn around and realize how far we’ve come in only a few generations. But that’s not the whole story. These people did a lot of work. They had a mighty struggle which I am not sure we could match. But we are where we are because of their work, because of the foundation they laid, as imperfect as it was. Here it is, all strung together in a charm string dimension, a story of two boys, a wolf, a sunrise, a sea gull, a great friendship, and a purposed gaze into a future with a foundation in education and a commitment to an improved reality for all. Nick Bond, editor Grandson of the author May, 2012

In the fall of 1881, Ida Belle Westover received word that if she wanted to see her mother, Christina Minor Martin, alive again, she’d better return to Modale, Iowa. She was pregnant at the time, and the trip from Ord, Nebraska was difficult. Her mother died as predicted, but winter had set in and Ida couldn’t make the return trip until after the birth of the baby. Florence Christina Westover was born Christmas Day, 1881 in Modale, Iowa. As soon as she was able, Ida Belle started back to Ord with little Florence. On the way back, the stagecoach was snowed in a few miles from Ord. Led by her husband, William Ambrose Westover and an uncle, Robert Nichols, a deputy U.S. Marshall, a rescue party came to get them. When she was one year old, Florence’s father moved the family to Seattle by immigrant train. For a time he was deputy state land commissioner, and while in Olympia, Florence endured the first tragedy of her young life, witnessing the drowning of her brother Guy. The family eventually moved to Chehalis where her father opened a law office, and, in later years, served as mayor. There she graduated from high school at sixteen, and two days after her 17th birthday she married the high school principal, Elias A. Bond. They had five children, one of whom, Margaret, died in adolescence of pneumonia. The other four each served in the U.S. Navy during World War II, attaining the rank of Lieutenant Commander, each earning Ph.D. degrees in education. Florence ran a good size chicken ranch, and, as one of the first female licensed building contractors in the state, built a number of houses. It was during her early childhood, however, that Florence had experiences, which would influence her interest in Native American cultures and early pioneer days. She developed a relationship with a number of Indians, among them, Princess Angeline, daughter of Chief Seattle. Florence’s father, being an educated man and an attorney, had contact with many persons of note, both Indian and white. In her late teens she was quite an elocutionist, winning several medals in competition. All of her other accomplishments and experiences notwithstanding, Florence Westover Bond was a marvelous storyteller, first enchanting her children and grandchildren by the hour. These two books, The Charm String Stories, and Chief Seattle, Man of Vision are her legacy.