A handbook of Aortoarteritis And Ruptured sinus Of Valsalva 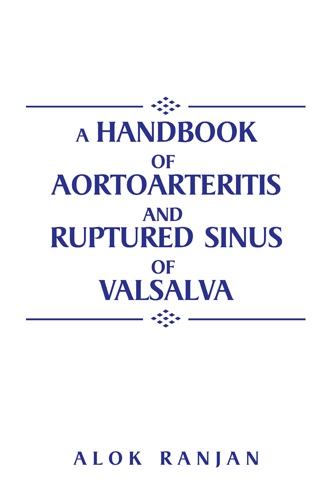 Clinical presentation: Ruptured sinus of Valsalva (RSOV) Depends upon direction and amount of blood flowing through the abnormal intracardiac communication resulting from rupture. Rupture of the aneurysm may occur spontaneously or be precipitated by trauma, exertion or cardiac catheterization. Although site of rupture may vary, the most common site is right sided cardiac chambers. Rupture of the dilated sinus may lead to intracardiac shunting when a communication is established with the right atrium (Gerbode defect [10%]) or directly into the right ventricle (60-90%). Ruptured ASOVs present with specific signs of left to right shunting and they are indistinguishable from coronary arterio-venous fistulas. The signs are machine type continuous murmurs, bounding pulse, palpable thrill along right or left sternal border. It results into acute left and right ventricular overload and commonly progresses to refractory congestive heart failure. Dyspnea is the most common presenting symptom. Age Aneurysms of Sinus of Valsalva (ASOV) usually produce no symptoms until they rupture Types of RSOV Age at rupture (mean age) in yrs I 13 – 41 (29) II 30 III a and v 11 – 56 (33) IV 22 – 67 (34) Usual age of ASOV rupture is 20 – 35 yrs (mean 32). Although, asymptomatic, types associated with VSD can be detected early due to pan systolic murmur (PSM) of VSD. Gender difference: Male preponderance, probably related to difference in load demand of heart between the two genders. Symptoms Ruptured SVAs progress in three stages described by Blackshear Symptoms usually start at the time of rupture and gradually become chronic if not intervened. Stage I: Symptoms at the time of rupture: Sudden onset of angina like pain or right upper abdominal pain associated with nausea and vomiting. This usually lasts for an hour. Stage II Alleviation of severe symptoms of rupture with subsequent onset of exertional dyspnea and chest discomfort which persists for next 24 hours. Stage III Symptoms of congestive heart failure set in patients who survive sudden rupture of ASOV. Patients with Type I (with or without VSD) behave differently than other types. In type I cases, ASOV is usually associated with VSD. Left to right shunt exists across VSD. In cases where the ASOV has occluded VSD and obliterates the shunt, usually ASOV protrudes into RVOT and simulates pulmonary stenosis. In either of these 2 situations the circulatory forces are altered and the cardiopulmonary forces as a whole are changed to adapt to these abnormal forces (VSD or pulmonary stenosis (PS) like pathology). Hence the rupture of ASOV does not produce severe shock. The typical symptoms of rupture (Phase I) are absent in such cases. In contrast, other types of ASOV (II, III or IV) have severe symptoms at the onset of rupture. In these types there is no adaptation of circulatory system and the effect of rupture is great on cardiopulmonary function leading to NYHA class IV symptoms at the time of rupture. 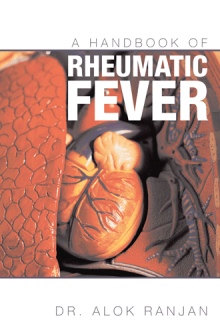 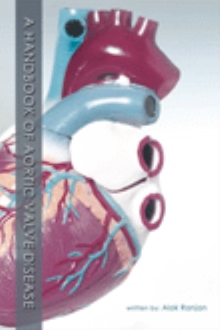 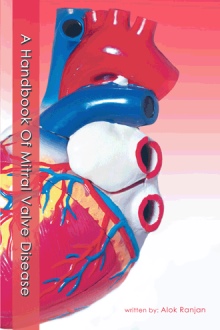 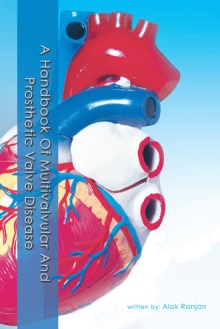 A Handbook Of Multivalvular and Prosthetic Valve Disease
Alok Ranjan
$14.95 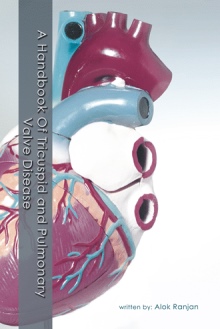 A Handbook Of Tricuspid and Pulmonary Valve Disease
Alok Ranjan
$14.95

“A Handbook of Aortoarteritis and Ruptured Sinus of Valsalva” contains a detailed description of these diseases. Aortoarteritis is a relatively common disease in Indian subcontinent. It is a common cause of dilated cardiomyopathy in this region. It has various presentations due to stenotic involvement of aorta and its branches. Ruptured sinus of Valsalva although rare but has catastrophic clinical presentation. These diseases require early recognition and diagnosis to optimize management of patients. Current text books lack a detailed description of these diseases. Special efforts have been made by the author to give a thorough overview of these diseases. Clinical features (Symptoms and signs), investigations, natural history, prognosis as well as management have been dealt in details. Clinical features are probably the forgotten art in the newer text books. However, the author has taken a special interest to include a detailed description of clinical features. The treatment section includes description about the various interventions (catheter based as well as surgical). The author has published a series of handbooks on Rheumatic fever and Valvular heart diseases from AuthorHouse. Like his previous books, this book also has extensive description of all aspects of the disease. All in all, the book promises to be a great reference book for Aortoarteritis and Ruptured sinus of Valsalva and is worth having it on shelf for easy reading. The point wise and concise writing has made this book useful for students especially exam going students.

Dr. Alok Ranjan is a senior interventional cardiologist. He has completed his cardiology training from prestigious G S Seth Medical college and KEM Hospital, Mumbai, India. He has worked as cardiology fellow in Glasgow Royal Infirmary, Glasgow, UK for 1 year. After completion of fellowship he has been practicing cardiology in Gujarat, India for last fifteen years. He has vast experience in Coronary as well as Rheumatic heart disease (RHD). He is co-author of a book called “Patel’s Atlas on Transradial Interventions: The basics.”Apart from this, he has published five handbooks from AuthorHouse related to Rheumatic Fever and Valvular Heart Diseases. This handbook deals with Aortoarteritis and Ruptured Sinus of Valsalva. This handbook will be a very good reference book for students as well as medical practitioners.