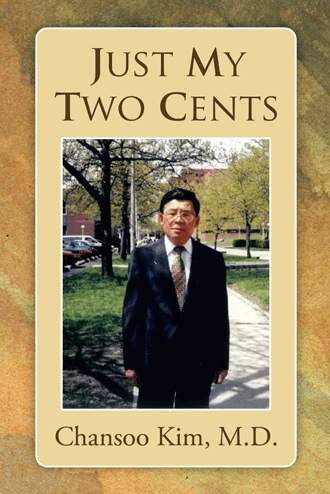 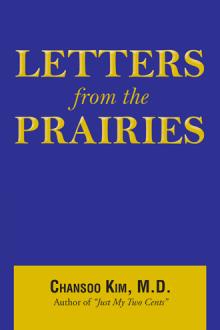 Letters from the Prairies
Chansoo Kim
$10.99

Two scores and seven years ago, I set foot on American soil in order to pursue my Postgraduate medical training at New York University Medical Center—Bellevue Hospital, New York City, New York. Now, looking back upon the vast time-span of the five decades gone by, I can hardly believe that our national landscape has undergone a sea change. According to an old Oriental adage, “Even Mother Nature changes in a decade’s time,” thus the inevitable changes have turned at least five times over beyond recognition. America as we know it today is a drastically different country from what we observed back in the 60’s: many a thing that was acceptable back then is no longer even permissible, or downright illegal. Indeed, it goes without saying that the last half a century has been both tumultuous and cataclysmal in U.S. history. I have lived in Springfield, IL for 38 years since 1974 in a professional move from Honolulu, Hawaii and I became a U.S. citizen in 1976 when we celebrated the Bicentennial. I am still very grateful to my adopted country for what she has done for me and my family. My two children were born, raised and educated in this blessed nation. Nothing gives me more pleasure and happiness than to see them vigorously strive for their own professional careers. As we live in a diverse, pluralistic society, aptly called “melting pot” or “tossed salad,” I, myself, am always determined to be an active Player in the Great American Game of Life rather than being an idle or passive spectator. For nearly quarter a century, whatever social issues or subjects might come along to grab my attention, I haven’t hesitated to express my personal or professional opinion or viewpoint by writing to the Editor of newspapers, local and national, magazines, periodicals as well as professional journals. My letters and communications number altogether a little over 120. Now, I xxii call them collectively, “JUST MY TWO CENTS.” Most of them were published in the respective media, and my reader’s responses, whether favorable or critical, are also included. If indicated, some references are provided for further elucidation. I am well aware that my voice is feeble or hardly audible like a “voice in the wilderness.” Yet, I believe that I leave behind my footprints on the Prairie that I have traversed thus far. This book would not have come into existence without the loving and faithful support of my beloved wife, Young, who is always the source of my strength. My special thanks go to Aimie Trussell and Ms. Sara Barger who shared unselfishly their precious time with me in the preparation of the manuscript. I will always be grateful to them for their generous help. February 20, 2012 Chansoo Kim, M.D.