by Joseph A. Jensen 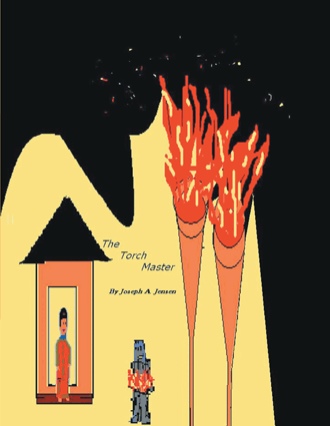 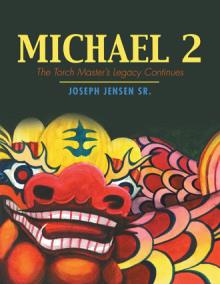 This story begins were most stories end. Disaster claimed their entire city. The surviving men with two old monks searched for victims for two days until the shelling returned. Then all efforts ended abruptly. They escaped into the jungle leaving a young twelve year old boy buried in the rubble of war undiscovered. The boy’s name was Michael. He was the only child of missionaries that were headed to Japan when he was just six years old. Tragedy landed them in the ocean just off the Korean coastline, then into the gates of a hidden city. The discovery of it would turn out to be the first episode in a great, mystical journey, not only for him but many. The dreams of ten monks and fifteen families, the visions of a beautiful Priestess, and the records of a Head Monk that wrote every detail of them would all become reality. And little Michael’s destiny would be to live on to become a protector of those set behind the flames as a Torch Master.

Throughout this book, there are twists and turns that will keep the reader in suspense. Love, romance, comedy, and horror surround each character. Their following adventures are all linked to fulfill a destiny. What destiny? God only knows. Our belief in God and heaven or nirvana in another life after death is common to all religions, but the hope for this world is not.

For eight years I buried my first manuscript of the Torch Master after being caught up in the affairs of this world. The Torch Master came to from a dream after the loss of my father in January 2001. That same year at Easter I lost my wife of 29 years marriage, her sister, and my mother during Christmas holidays. However I was able to read the Torch Master manuscript to my mother before her demise. The year 2001 was a though year and I lost a little too much and tried to become a recluse, I wasn’t considering my children, grandchildren, and friends. But when reality set in I realized they were suffering far more than I could have ever been. I then spent the entire summer with my grandson Michael, going to the beach almost every day. I lost 60 lbs. and late summer I met my new bride. She was an exchange teacher from Cali, Colombia SA. With her, my spirit renew itself as, we traveled and worked together to build a secure and stable life. I worked as a successful crane operator/ rigging consultant for companies like Westinghouse and Schueck Steel. My wife worked twenty five years as a Spanish Teacher and always upgraded her stature teaching. She even traveled to Spain two summers to receive her Masters Degree from the University of Salamanca in Spain. Then I acquired a job working in Iraq for one and half years as a crane operator. Once I was back from Iraq, America had changed and the government was bailing out banks and union auto industries. This country was in a deep depression and there was no work if you were building cars or working for the government. For a year I looked for work and drew unemployment. Sitting at home I just picked up and started back writing on the Torch Master manuscript. The story is basically the same as my dream but God had changed my life and this changed my entire concept. I feel God knew my story from the beginning, or even made it happen. After if finished The Torch Master I wrote two more books continuing the Torch Master in series in 2009. My second book Michael 2 is not only a continuation but deals directly with current events. God again gave me this book by inspiration and in dreams. It is obvious to me that I never could have wrote these pages so well or even conceived this much thought without Devine direction. You see I was an Autistic child who never main steamed in school, but I did graduate in 1970. I even went to college at forty eight years old for 2.5 years. In 2010 I wrote two more books in the Torch Master series and I know the content for the fifth. Again God is highly involved with my writing. As it is with any of my characters in my book they came to realize God was using them as part of a Master Plan. What Plan? God only knows and He is the only One who could foresee the future of the events that led to this point. The Torch Master depicts a mystical journey that God chose to end the Korean War. Unfortunately, the Korean War has never truly ended, just as this world never ended it’s acceptance towards becoming slaves to corrupt governments, religious ideologies, self interest, greed, and even terrorism. The United States is apathetic and this entire world is ignorant. These two traits will be our downfall unless we begin to understand everything that’s happening. God is using me to turn the minds of this country and this world around by placing the solutions into immortal words in page that might never end. I had no idea I would have written a second book let alone five. That’s my life as an Author summed up in a nutshell. I write with hope. I write with the hope of a second chance for myself and this world. I know whoever you are reading this short description you can relate to what I mean. My books point out obstacles as ignorance, apathy, and fear are easily overcome or sidestepped. I like writing with vision using my characters to rethink and restructure my own life and help this world to its feet at the same time.