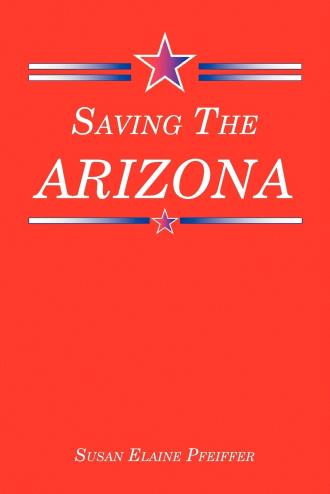 Susan offered Alex a cold beer which she always kept in the refrigerator for when her brother came over, in the hopes that it would help calm him down. Alex gladly accepted the beer, and then they both took a seat in the living room waiting for the mystery man to wake up. Four hours passed, and they were both asleep in their chairs; only the sound of a squeaky sofa spring awoke them. They quickly sat up and watched intently as I started to toss around on the sofa. My eyes slowly opened and were drawn first to the blurred image of a man sitting in the chair across from me, as I struggled to sit up. Alex sprang to his feet and dragged his chair inches from where I was sitting on the sofa. “Who are you, and why do you look like me? I want answers and I want them now!” he loudly demanded. Every bone in my body ached right now and my head was pounding so hard I didn’t even want to attempt to think, let alone speak. I just sat there with my eyes closed holding my head, thinking this was not such a great time to tell him who I really was. I tried to decide whether I could get away with not telling him , or if I should just get it over with and tell him the truth. I had no idea at the time that they had gone through my wallet and seen my last name or the photos of Doris and myself. “I asked you a question! Who are you? Don’t make me ask you again!” He was so angry, and I was in so much pain that I just said, “I’m just a man who came here on vacation and got mugged, and I can’t tell you why we look so much alike; just one of those freak of nature kind of things, I suppose.” I could tell that he was frustrated, and trying to control his temper, but he looked like he would have liked to yank me off the sofa and beat the answer out of me. Alex grabbed me by my shirt, and gritted his teeth in anger. “We can do this the easy way, or we can do this the hard way; it’s your choice,” he said and shoved me back against the sofa. “Susan, would you please bring me the photos from off of the table?” “Susan”, why did that name sound so familiar? Oh yeah, that was the name of the woman in the photograph; the one I found so intriguing. Could this possibly be the same woman who so perplexed me? My heart began to race as my eyes darted over to her face, forgetting for a moment the pain I was in. Good heavens; it's her! What were the chances of meeting the one woman that stirred my very soul, and then having that woman be the person who rescued me? I faintly smiled and said, “You must be my rescuing angel!” Our eyes were now locked on each other, both searching each others face wondering what this strange attraction was that we both seemed to undeniably feel. Susan, catching a glimpse of how angry Alex was, snapped out of it and retrieved the album as he had asked. He opened the small album to the photo of me at my graduation. “Just someone on vacation, huh! Would you care to explain this photo?” he asked as he turned the picture toward me. I took a painful deep breath and sighed as I looked down at the photo. I could not think of a way to explain away the photo. I would have to tell him the truth. Alex was almost in a rage by now and shouted, “That’s my wife! You’re not going to tell me it’s just another freak of nature kind of thing are you? That’s my wife, and she’s old! Damn it, start explaining!” Susan, wanting to divert some of the anger, interrupted and asked me if I would like something for the pain. I smiled and started to answer when Alex snapped, “No! He can wait until he starts explaining a few things!” Susan respected his wishes and remained seated in her chair, not wanting to get him any more riled than he already was. “You are Alexander Bernard Pfeiffer, aren’t you?” I asked, of course already knowing the answer. “Never mind who I am, I want to know who you are!” I looked him squarely in the eyes and said, ”I’m Kenneth Alexander Pfeiffer. I’m your grandson.” “Like hell you are! Do I look like an idiot to you?” I winced in pain and leaned forward to point out the people in the photo. “That’s my dad and your son, Kenneth Bernard Pfeiffer, and my mom, Laura, and you should recognize her, that’s Doris, your wife and my grandmother.” I waited a few seconds to let that bomb shell sink in, and take hold of him. Our eyes were now fixated on each other and it was obvious that he was undeniably in a state of confusion, and so completely stunned that he was speechless for the moment. Overwhelmed by emotions of rage and confusion, and add to that the adrenaline rush caused by those emotions, he now seemed to be exhausted and incapable of fighting any longer. “How can this be? How are you doing this, and why are you doing this? I don’t understand,” he said in such a pitiful way. I felt extremely sorry for the pain that I was obviously causing him, and asked him to sit back and I would try to explain everything starting at the beginning. 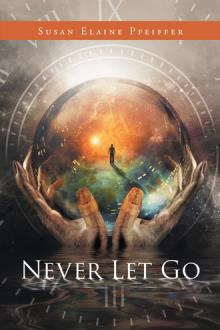 A brilliant young scientist is hired by NSA to solve the missing puzzle piece of technology that will make the fourth-dimensional quantum teleportor fully operational. In doing so he is faced with the dilemma of: if you could change history, should you? He struggles with his decision to go back in time to save his grandfather who died on the U.S.S. Arizona during the December 7, 1941 attack on Pearl Harbor. Little did he know that his efforts would cause an unexpected chain reaction, complicated even further when he falls in love.

She was born in Miami, Florida, and grew up enjoying the great outdoors and all of God’s beautiful creations. She married her high school sweetheart and they now have three grown children and two grandsons. Las Cruces, New Mexico is now home for her, and she enjoys writing, and shares a hobby of collecting crystallized mineral specimens with her husband, Ken, and creating unique artwork for their home.