CHRISTIANS, THERE IS NO RAPTURE OR WAR BEFORE THE SECOND COMING, YOU HAVE BEEN FOOLED BY SATAN 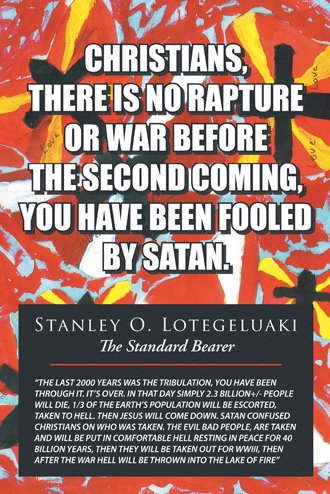 Equity Spending RULES OF ENGAGEMENT Let’s discuss the “rules of engagement.” It’s not often that you need “rules of engagement” for reading a book but this is one that you do. First, please allow me to present my entire premise. Okay, sure, some of you may fling your copy across the room or up against the wall, but go and retrieve it. When it’s over and done, you’ll be glad you did. That’s a promise. …We’re also going to question some religious concepts. To be direct, we’re going to talk about money, religion and politics, which are the three most controversial subjects in the entire world. You may become angry. You’re definitely going to laugh and you might even cry. In the end most of us will be in agreement more than disagreement. When it comes to the subject of the deficit and the national debt, most of the people who have spoken to me about the subject aren’t concerned and neither should you be. After all we’re in pretty good company since a former president, and a former vice president are of the same opinion. As far as the deficit goes anyway. Just to be clear, they are both on record as saying “the deficit doesn’t matter.” Some folks are saying, “Wish I could print money when I come up a little short on paying my bills.” The correct response is that you are printing money to pay your bills. Again, we have a government of, for and by the people. Those bills that are being paid are our bills. We the people are responsible for our government’s expenditures. “Equity spending” is just what it implies. We pay for our government expenditures by simply “electronically generating the money” on the basis of the equity we have in our country. Our total worth, both private and government assets, which by the way are priceless. …we’re not in any type of financial trouble and haven’t been for decades except for our collective ignorance. In the meantime let me introduce you to a story about the people of La Noisuled. It’s a story that employs the centuries old method of using satire and fiction to reflect present day circumstances in that they went through the same trials and tribulations that we are now going through. They faced deficits, national debt, unemployment, recession and the ever impending doom and gloom. The gallery and those on the platform rise as the President walks to the podium. President: Please be seated. Good afternoon one and all. What a splendid day for such an important announcement. It is an announcement that shall reverberate throughout the annals of history as being the greatest, the most important announcement ever in the history of our great nation. The news which I am about to share with you will so affect our nation that from this day forward it shall never be the same. From this day forward I think it can safely be stated that we shall never again be concerned with having adequate funding for our government. This concern being eliminated due to a recent discovery. A discovery that is far and away beyond incredible. …Naturally you’re wondering what is the name given to this panacea, this ultimate discovery of discoveries. The answer… Considering the fact that the Clanton administration is kicking the health insurance companies out of the health care business because of the extraordinary cost they add to health care. You know, being a middle man and all those rich “fat cat” health insurance company executives. I mean he’s been trying to do this for years but the funds just weren’t there. Now thanks to… J.R. had observed Wolverine’s and the President’s look of telepathy. J.R.: Samantha is going to laugh her pretty little butt off. Horse: Will somebody tell me what’s going on? Wolverine: We’re going to have an all female force. No men allowed, except for you guys of course, but just on the occasion of our semiannual inspection. Three: Wait a minute. You’re Christie Jane Collins aren’t you? The child prodigy. You hold a doctorate in three fields. Chemistry, Biology and Physics. You are that Christie aren’t you? Christie: Correct on all counts except I’m not a child anymore. Christie: William, I’m so glad that we’re together. My work, the things I work on, my inventions, everything seems to have more meaning since I’ve been with you. When something new or exciting happens, a new perspective, or new accomplishment you’re the first one I want to share it with. You are the first one I think about if I ever stop thinking about you. William I… Three: Stop. Don’t. He gently presses his fingers to her lips and her heart sinks in anticipation. Don’t say another word. I don’t want you telling our children that you said it first. The man should always go first. Christie, I love you. As much as you seem to think you love me, I love you even more. Don’t move. He goes over to the window and parts the curtains and raises the shade. I want the ambiance. I’ll close them up after. Christie stands trembling with her fingers to her lips. Now where was I? Oh, yeah. My love for you knows no bounds. You are in my every thought whether awake or asleep. I love you now and forevermore. He then drops to one knee as he reaches in his right pocket and produces a ring. A stunningly magnificent ruby surrounded by brilliant diamonds. Christie Jane Collins, will you marry me? UNITED STATES OF AMERICA BANKRUPT? In my opinion it is impossible for the United States of America to go bankrupt under our present form of government. The way it’s been explained to me is that your assets determine whether or not you declare bankruptcy. If, like The United States of America, you have incalculable assets then you can’t declare bankruptcy. Make no mistake about it. Our combined personal and government assets are incalculable. 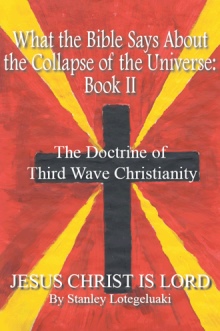 What the Bible Says About the Collapse of the Universe: Book II
Stanley Lotegeluaki
$27.95 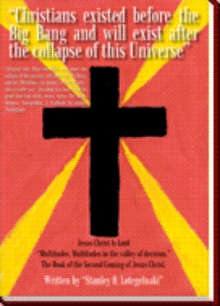 "Christians existed before the Big Bang and will exist after the collapse of this Universe"
Stanley O. Lotegeluaki
$37.95 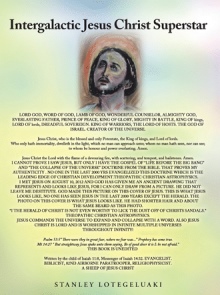 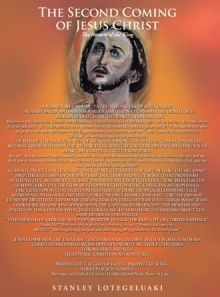 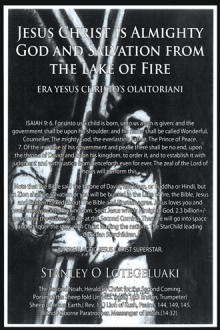 Jesus Christ is Almighty God and Salvation from the Lake of Fire.
Stanley O.Lotegeluaki
$40.95 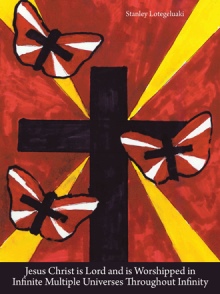 Jesus Christ is Lord and is Worshipped in Infinite Multiple Universes Throughout Infinity
Stanley Lotegeluaki
$36.14 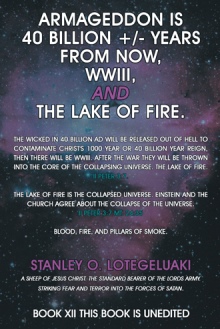 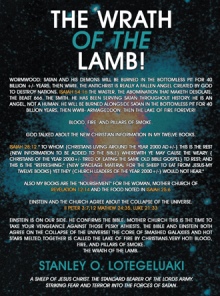 The Wrath of the Lamb!
Stanley O.Lotegeluaki
$19.95

SATAN HAS CONFUSED THE CHURCH ABOUT THE SECOND COMING. THE CHURCH THINKS THAT PEOPLE WILL BE RAPTURED-TAKEN TO HEAVEN-THEN THE ANTICHRIST WILL TAKE OVER AND TORTURE CHRISTIANS. THAT IS THE FALSE PROPHECY JESUS WARNED US ABOUT-FALSE PROPHETS LIKE THE "LEFT BEHIND SERIES" DOCTRINE HAVE CONFUSED THE CHURCH. CHAPTER 22 ISAIAH SAYS THAT THE VISIONS OF THE SECOND COMING WILL BE OBSCURE TO THEOLOGIANS, ALSO ISAIAH 64:3 SAYS, GOD DID THINGS AT THE SECOND COMING THAT WE DID NOT LOOK FORWARD TO. WE MISUNDERSTOOD. THAT PROPHECY HAS COME TRUE, THATS WHY THE CHURCH IS CONFUSED. THE TRUTH IS TAT THERE IS A LONG PAUSE BETWEEN CHPT 12 REVELATION AND CHAPTER 13 REVELATION. BILLIONS OF YEARS. AS THE MESSENGER OF ISAIAH CHPT 14, I HAVE UNRAVELED FOR THE CHURCH THE MYSTERY OF THE SECOND COMING. SATAN LIED TO US-THERE IS NO SUCH THING AS THE RAPTURE. THE "TAKEN" ARE THE BAD PEOPLE, NOT THE GOOD. THEY WILL GO TO HELL. REVELATION CHPT 9 AND PSALM 110:6 SAYS SO. READ THIS BOOK TO FIND OUT THE TRUTH ABOUT THE SECOND COMING.