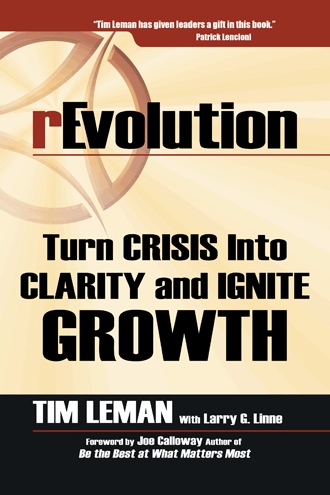 Throughout 2010, there were more signs of Gibson gaining traction. Yet it seemed that every sign of progress – a significant new client, improved AWI – was also met with an equally significant sign of continued struggle. The economy was still incredibly difficult. Our region was one of the hardest hit with Elkhart County leading the country in unemployment at one time. In January of 2010 it was still well over 15%. As was customary, in the spring we received the previous year’s company valuation back from our valuation experts in Atlanta. For 2009, our stock price went down again. We didn’t know it at the time, but we had bottomed-out as far as our recent history was concerned. The following year we would get a slight bump in value. We also had tried for the second year in a row to be named a Best Places To Work in Indiana. We missed the mark but gained valuable insight. In spite of what I thought was a very clear vision of the future, it wasn’t resonating with our people. At least not enough. The survey numbers proved that. We had opened up a sales office in Indianapolis a few years prior. It was viewed as a key part of our future growth in revenue as well as a source of future partners and by virtue our independence. I was critical of our plans in Indy, but I had inherited it, and it was now my baby. In spite of my evolving personal view of leadership, I was still in the mode of hiring a “savior” as I felt our only real issue was that we had not recruited the right talent to lead our operation. At my direction we brought in an expensive search firm. They helped us find and hire an individual from out-of-the area to run our Indianapolis office. He was one of the most expensive hires in our history. At the same time, we had added on some great sales and support talent, including a top college recruit. All the King’s Men couldn’t spur on growth in Indianapolis for Gibson – at least not across the board in all business units. We were hemorrhaging cash at exactly the moment we couldn’t afford to. We lost a lot of good supporting talent with the lack of strong leadership in Indianapolis, including a close personal friend of mine. I was baffled but parted ways with my expensive hire. On paper, this should have worked. The candidate had lots of skills and attributes to suggest he could do it. The reality was I had nearly dealt a death blow to our growth plans in Indianapolis. With our need to build a successful operation in a new market, we couldn’t afford to be in the spot we were in. Why didn’t it work? A chance encounter with Dave Gibson helped point me in the right direction. He said, “How’s Indianapolis going?” Now I knew that we still allowed Dave access to all our financial information online. Dave knew the answer to the question already. He wanted to hear it from me. “Not good,” I said. “We just can’t seem to catch a break. Nothing’s working.” Dave is one of the smartest people I know. I think of him as our very own Warren Buffet. He’s also never been labeled chatty. So in his very short style, he replied, “I told you guys you should have sent one of your own down there. It’s about transferring culture.” And with that Dave walked off. The issues in the new office kept eating at me. We were having some success with one of our business units, but not with all of them. And Dave had made it black and white. It was about culture. But how were we going to infuse that into Indianapolis? Believe it or not, the three hour car ride made it challenging. We ultimately did have one of our younger partners move down to Indianapolis. He uprooted his family and joined our team in Indy. It definitely helped. Over the course of a few years, we were able to pivot and focus our efforts on our employee benefits business which was doing well. It was bittersweet though as we parted ways with some up and coming talent in the risk management side of our business. Communicating about our Indy office always felt so precarious to me. We had to walk a fine line between the reality of the situation and maintaining an optimistic and upbeat outlook on things. Starting an office from scratch was hard work and something many firms had failed at. I had much better appreciation for that now. It was a long slow process but each year brought improved financial results. Most importantly we would learn a number of key lessons that have guided our thinking as we are currently moving into another new market. More on that later. I wondered if maybe cultural issues were at play in the rest of our organization, too. Could it be the missing ingredient? Was it the reason that we didn’t have full buy-in and engagement with all the initiatives? I just had never thought of Gibson as having a culture problem. What was a better culture anyway? I knew how to treat people right. Even though there was no longer any family ownership at Gibson, we still operated like a family business. In fact, we were probably too nice sometimes. Coddling people more – my view of culture improvement at the time – just didn’t feel like the answer. We also connected for the first time with Larry Linne. As we got to know Larry, I realized he and I had shared a history together in the Southwest as competitors. We studied Larry and the advisory work he was doing with other firms in our industry. We even attended his major peer group fall program in Denver. During the two days at this event, it became clear that he could help us. 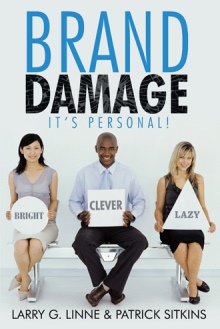 rEvolution is a true, must-read story of a leader's transformation as a first time CEO into the head of a thriving professional services firm. rEvolution provides personal insights and practical guidance on how to utilize a business crisis in order to bring about change, evolution, and growth. This book makes the case for leaders to be committed while they carefully examine their own defects, adapt to the changing times, and include their team in the process...no matter how hard things get. Above all else, rEvolution demonstrates that a leader's key challenge is to drive organizational clarity through actions and language.

TIM LEMAN is a successful CEO and Entrepreneur. He has been recognized as one of Indianas 40 under 40 most successful and influencial people. He is recognized throughout the US as a visionary leader in the insurance agency industry. Larry Linne is one of North Americas most innovative and engaging CEO Advisors. He is CEO of InCite Performance Group and owns and operates numerous other businesses. Larry advises many of the top executives in North America