The untold saga of a young, defiant Freedom Fighter in the Polish Underground 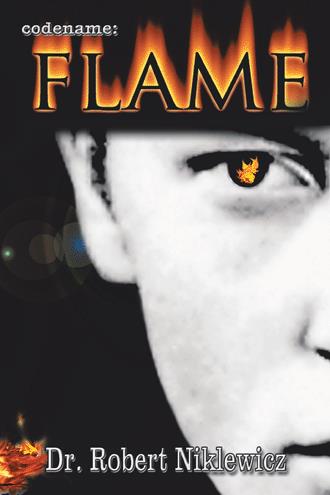 In the silence of the morning Staszek could hear a motorcycle in the distance, driving in a middle gear up the hill. In a moment, he could see the shielded headlight of the motorcycle with a sidecar coming towards him. What he did not know was that it was ahead by a half kilometer of a line of six trucks and a troop transport at the front of the column. All were moving slowly but steadily up the moderate grade.


Staszek tried to get off his bicycle quickly, before the motorcycle soldiers could see him. However in the sudden motion from his effort to apply the brake and swing his leg off the bike, he lost control and fell sideways, skidding through the snow and slush several meters more downhill towards the oncoming motorcycle. Recovering quickly he was able to scramble up onto his feet and retrieve his bike but not before the motorcycle caught up to him. The sidecar soldier holding a rifle, sprang out of his seat and ran towards Staszek, catching and grabbing him by the back of his arm and then he shook Staszek firmly as he squirmed to free himself. While Staszek tried to pull away from the first soldier the driver had stopped the motorcycle and went to move the bicycle off the road in preparation for the slow-moving convoy down below.


When the soldier holding him turned to watch the driver, Staszek made a quick swing of his leg, and caught the soldier holding him squarely on the side of his left knee causing him pain and to yell a string of obscenities at the boy. The blow made him loosen his grip on Staszek’s arm and with a jerk he pulled free but fell backwards on to the ground towards the outside ledge of the road. The fall exposed him to the butt of the soldier’s rifle that was about to come down on him. Seeing the butt of the Mauser rifle being lifted and aimed at him Staszek rolled right towards the side of the soldier’s injured knee causing him to miss him with the rifle. This made the soldier angrier, and he turned the rifle around and he aimed it at the boy to end this defiance. Staszek who was on the ground resting on his elbows could see that he was going to be shot as he looked up from the ground into the barrel of the rifle then into the squinting eyes of the soldier before he reflexively closed his own eyes and held his breath, helpless before the German as a shot rang out.


He heard the shot and flinched, as something warm and wet covered his face, but did not feel the pain he expected. At almost the same time, something heavy fell on him. He opened his eyes as a second shot came from the embankment in front of him, followed by a moan and a thud. He was stunned to find the one soldier lying on him and the other on the ground near the motorcycle. Neither was moving. He pushed the body off of him and sat up in shock but quickly scrambled to his feet holding a slightly crouched position while he looked at the men on the ground, the snow around them were splattered with their bright red blood, as was Staszek. The man that aimed the rifle at him was now on his side with his face spilling blood from a large gaping hole in his left cheekbone. The driver straddled the motorcycle seat, partially standing but bent face down over his handlebars. He had a large wet red spot on the right side of his back between his shoulder blades. A man, with a machine gun hanging over his shoulder, had tossed Staszek’s bicycle up the hill over and behind a bush, and quickly crawled up next to it while getting his gun ready to fire. Staszek was grabbed again, but this time the profanity was in Polish, ordering him to get moving up the embankment. A strong grip partially dragged and pushed him as he clumsily scrambled to gain a foothold in the snow covering the small ditch.


Thirty seconds later, the slow-moving trucks came around the corner, and as they passed the place on the road where the snow was disrupted and stained with blood the lead truck slowed down to figure out what had happened there. The soldiers in the lead truck turned and leaned to look on either side of the road for clues. Then a shout came from one of them, “There, in the ravine!” The truck stopped, and the soldiers’ curiosity cost them their lives as they stood to see over the side of the truck. In an instant dozens of rifles and machine guns let loose a deafening roar of gunfire showering the trucks with bullets. The German soldiers had only moments to turn and fire their weapons spraying the hillside wildly with bullets in a frantic effort to defend themselves. They never had a chance to aim their weapons before they were mowed down, falling dead where they stood a moment before.


In two more minutes the road was silent. Except for the blood stained snow and road, a dozen or more bodies, shattered glass, hundreds of bullet holes in the trees lining the road, and the wrecked trucks in the creek far below there was little sign of what had occurred there.


A hand came down on his back and said, “Are you all right?” Staszek nodded but was truly unsure if that was the right answer. “Come along,” came the definitive message from the broad shouldered, squat-framed man wearing a Polish army cap, but a German long coat. He held a machine gun that swung from a strap around his neck that partially covered two very old bloodstained bullet holes in the left chest panel of the coat. He pointed towards the bicycle and said, “Get your pack.”

Codename: FLAME is the parallel to Dr. Niklewicz's first riveting historical novel, “Last Train to Dachau”. That story was based on his mother’s wartime experiences and the plight of the Miller family that lived and survived the terrible challenges and brutality that was forced upon them by the Nazis.

As was his first book, Codename: FLAME is an historical novel based on the true-life struggles of courageous Poles in the time of war. His father Stanislaw Niklewicz was such a person and his life is featured in this second book. The contrast between the two stories is vast. The Millers, a family of five survived through patience and the strength of a family unit that did everything to stay together. Stanislaw on the other hand, was all alone as he ran away from his pending draft into the Hitler Youth at the age of 15; eventually becoming a Partisan fighter.

Follow the hardships that Stanislaw endured while being alone in the forests of Poland; first as a teenage Boy Scout courier and then as a Partisan fighter. The saga of Stanislaw (Staszek) is a portrait of a defiant boy turned into a man by the necessity and passion to live free or die fighting against the tyranny of the Germans.

His defiance and determination for freedom continued even after being captured behind enemy lines during a secret mission and his subsequent brutal imprisonment at the infamous Mathausen Concentration Camp.


As you read this book, try to think of what it was like to be a boy soldier at 15. Then try to think of the courage and fortitude it took to survive through the torture of an extermination camp. A camp that had no other purpose than to work you to death; something you were equally determined to boldly defy.

Dr. Niklewicz is a first generation American of Polish descent who wanted to do what he could to make sure the stories of the average Polish men, women, and children that suffered through the nightmare of World War II were not forgotten in history. Dr. Niklewicz relates the many stories that he had heard about his father’s desperate situations during the war in this second of two books. The private spoken memories of his parents and other family members over the years not only intrigued him but drove him to record them for their future generations. His first book, “The Last Train to Dachau” was based on his mother’s family and the trials they had to overcome, and was a powerful testament to their courage.


Many years were involved in the researching and collecting of information that his stoic parents were reluctant to share regarding his father’s exploits, but now at last they are woven into the fabric of this fast-moving saga.


As was the duty of storytellers over the centuries, Dr. Niklewicz felt that it should be the duty of the fortunate descendants of brave people, such as featured in these books, to be vigilant in continuing their family stories. If these stories were to pass into the unlit side of history because of apathy, the resultant ignorance would lead to a new tyranny and would surely allow history to repeat itself. This is something that Dr. Niklewicz was determined not to let happen.