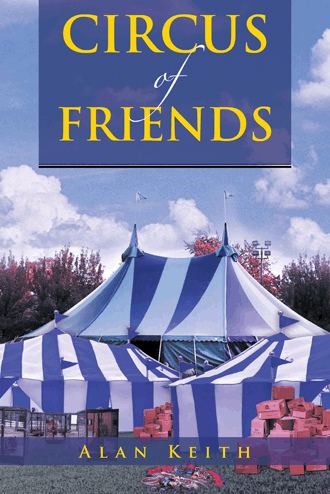 The story can be regarded as a thriller, a romance and an adventure story. It looks at life on a humorous, lighter side and on a more serious and severe side, mostly during Andrew's time in Mexico at the mansion of Carlos Meza Lopez who owns and chairs the powerful Mexican drug cartel called Juarez which controls Andrew more and more as the story progresses. The relationship, broken relationship between Andrew Miller and his fiancée, later ex-fiancée Jennifer is looked at in the narration sometimes when they are strongly together the narrator treats their relationship gently, in a humorous way yet as it begins to take on a more sinister side and Jennifer gets to know exactly what wicked things Andrew is getting up to their relationship breaks down and the narrator treats it like that, a violently broken and devastated relationship. At the same time the relationship between Andrew and Carlos the cartel leader, sometimes it is seen and treated by the narrator as a gentle father - son relationship but other times when Carlos is looking at business and once too often Andrew not doing his job properly their relationship becomes severe and the story ends with those two confronting each other at Carlos's mansion and the story ends with a gun fight and the death of them both. There are also broken relationships between Andrew and the circus company members and Andrew and Edward Smyth the travelling circus company manager. Andrew's sudden involvement in all this means every relationship which with him always used to be strong, Andrew was a hero to many millions of people in the world of show business, and all these relationships are destroyed permanently because of Andrew's desperation for money which Carlos promised him when they first met. All of these relationships as they go on are narrated in a gentle, more humorous way but then too there is always somewhere nearby a more serious, sinister side. It is all told with humor, adventure and excitement right the way through from the start of the story to the finish and the violent confrontation between Andrew and 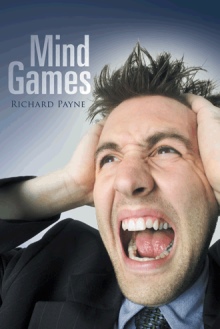 The novel begins on 20 December 2007, the twenty-first birthday of musician, illusionist, escapologist and entertainer, Andrew Miller, showbiz name, Captain Romano. It starts in Regent's Park half way through a show when Captain Romano is in his dressing room having a rest after the first half of the circus and thinking about seeing his girlfriend and fiancee Jennifer Keating for a drink later after the show. When he is preparing to go into his dressing room for a private rest he is interrupted by a young Mexican man who when Andrew allows him in to talk gives his name as Carlos Meza Lopez. He tells Andrew he is a rich and powerful leader of a Mexican drug cartel called Juarez and regards him as a future member. He tells Andrew he will be well paid and also will be allowed to become a part of the cartel and its authoritative body, which is made up not only of Carlos but also his six brothers. As he comes from a poor family and has always been poorly paid by his employer Edward Smyth, (Show Biz name, Lord Beauchamp) the thought of being well paid and having a powerful position in society he finds very tempting. He knows however being involved in the operations of a drug cartel, working as a go-between and trafficker he knows may well cause trouble between himself and all his circus friends and in public where he is regarded as a great young popular performer but most of all he thinks just how much being involved in drugs and Mexican drug wars will devastate Jennifer who has often said how she opposes drugs and the people who traffic them. The circus concludes with Andrew having agreed to leave London the following day and fly with Carlos who has only been staying in London for three days to see his son who lives in the city with his uncle. When Andrew is flown to the mansion which belongs to Carlos he is introduced to the family but is welcomed by the Lopez brothers in a hostile manner. This story is based on a true story which happened to a circus boy with a travelling circus in Atlanta in 2004. In the true story the boy escaped from the cartel leader however I changed the story slightly to fit the characters I have created.

Born, North East England, 22 February 1963. Due to the strong medication I was taking for my epilepsy which I was born with my young years were difficult and all the side-effects I was suffering from my medication yet, even though I left school with few qualifications and my years until 1990 when I was treated properly for my epilepsy were difficult I still believed I could do much with my life and in September 1990 when I left hospital in south east London feeling much better after my neurological treatment I registered at the University of Teesside for a Bachelor of Arts degree in History and Politics and taking this part-time, and successfully I collected my Bachelor of Arts degree in the summer of 1995 and immediately after that I felt so confident I went for an interview at the University of Durham to take a Master of Arts degree in 17th Century Studies which I took full time and in February 1997 I collected my MA Degree in 17th Century Studies and immediately I had collected that the local history lecturers wanted my thesis published they thought it was so good. Titled Sir John Duck of Durham 1632-1691 it was published as a small booklet price in most bookshops £4.50. I want to return to Durham University one day and take my Doctor of Philosophy degree but I have been saying that since 1997, one day I will return to Durham I am sure. At the moment it is good enough for me to be regarded as a "local historian in 17th Century history"! Since finishing at Durham due to my medication for my epilepsy my memory until 2007 when my medication was completely changed I have been unable to write well because my memory has not been perfect but in 2007 because my medication was changed for the better I got my full memory back and to celebrate I booked myself a three week holiday in New York. When returning home I bought myself computer and immediately began to make novel plans. Circus of Friends is about my seventh after previous manuscripts were rejected by literary agents. Now this is finished and will be reaching you soon I am already planning my next, a more straightforward novel idea!