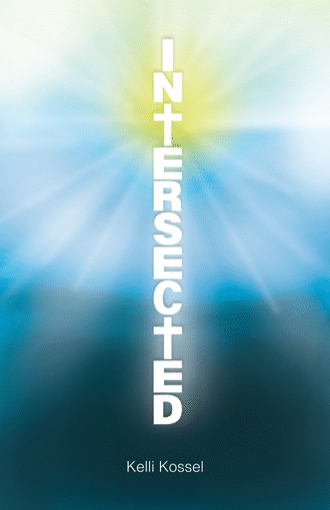 Lauri remembers sitting on a hilltop chatting with God as a thirteen-year-old girl. Not having any friends at school, God became her “best buddy.” She shared her joys and disappointments with Him. Lauri even told Him jokes, saying things like, “God, since You’ve been busy helping people all day, let me lighten things up for You.”

By adulthood, her talks with God subsided. As the struggles of daily life took over, Lauri became very disgruntled and unhappy. She used to think, When will I get out of financial debt? Why can’t my kids be motivated like the neighbor kids? It sure would be nice to have new carpet. Always wishing her circumstances were different or better somehow, Lauri’s attitude and thoughts became quite negative. Not praying or asking God for help making decisions led to one bad choice after another.

On January 12, 2008, her benign, daily struggles fell into the background—Lauri was diagnosed with breast cancer at the age of forty-eight. From the beginning, obstacle after obstacle blocked her journey. She felt like she was on an emotional rollercoaster with an undetermined end point. Because she had several lumps, the doctors insisted on a radical mastectomy. An MRI had to be done before surgery, but the attending doctor got sick and had to postpone the scan for three weeks. There were going to be two surgeons: one general and one plastic surgeon to do reconstructive surgery. But the scheduling was complicated: the general surgeon happened to be going on a four-week vacation; and as soon as he returned, the plastic surgeon left unexpectedly for one week. Finally, the long anticipated day arrived: April 2. A scan taken the day prior showed no lymph involvement but, after surgery, Lauri was told that twelve lymph nodes tested positive! She wondered, How could this have happened overnight?

She needed to have a PET scan before seeing the oncologist, and that revealed cancer had spread throughout her whole body! The oncologist looked Lauri squarely in the eyes and said, “You’re going to die in two years or less. There is nothing we can do for you because the cancer is stage 4-D.” The only thing the oncologist offered her was pain medication to keep her comfortable. “But I don’t have any pain,” Lauri replied. The doctor found this hard to believe, considering the advanced stage and severity of her cancer.

After leaving the oncologist’s office, Lauri and her husband immediately went to church and prayed. Her husband prayed, “Lord, please give me the strength to give up my wife when you take her.” Realizing she had no control over her life or death, Lauri pleaded, “May I be obedient to Your will.”

One day, Lauri received a call from the oncologist’s office. He wanted to do one more test. “No,” she immediately said. After all, every test she’d had turned up something worse. She questioned, What good will another test do at this point? They can’t do anything anyway. After some thought, however, she agreed to have a full-body MRI. The report came back clean—nothing showed up! The oncologist was baffled, but Lauri and her husband praised the Lord.

Shortly thereafter, chemotherapy and radiation treatments began to ensure the destruction of stray cancer cells left behind. Because her cancer was in the last stage, chemo treatments were strong—harsh enough to wipe out all the bacteria (good and bad) in her intestines. Lauri had emergency surgery on Mother’s Day to remove a dead section of her colon—yet another obstacle. Her last radiation treatment was on December 24, 2008, just in time for Christmas.

Lauri prayed fervently every day that year, even keeping a prayer journal of her deepest feelings. She longed for a relationship with God again—like the one she had as a teenager.

One seemingly ordinary day, God did something extraordinary for Lauri. While praying, she felt His Spirit come into her heart. His spiritual fire ignited the glowing embers in her heart, creating a glorious, blazing fire that refined her faith. Cradling her in His bountiful love, God said, “I am here by your side. There is no need for you to be afraid.” She fully surrendered to God. Lauri stopped fighting Him. Her fear turned into trust in the Lord.

She never wrote in her journal after that day because she had found what she’d been seeking: a close relationship with God that went from her head to her heart. She’d come full circle back to being best friends with Him again. Lauri began serving God because she wanted to, not out of an obligation to do so.

Her thought process changed quite dramatically. Lauri quit worrying about mundane matters, like not having new carpet. Gone was her desire to have more than what she had. She no longer tried changing things she couldn’t control anyway. Lauri was just happy to be alive.

Today, Lauri is thankful for her trial with cancer. It has been a true blessing, bringing her close to God. Lauri loves the Lord totally from the deepest reaches of her heart. She feels at peace with God and her life. She no longer questions anything; she trusts Him fully. Lauri likens her walk with God to a path with a ladder that allows her to jump three steps at a time. Now that He’s taken her through the fire, God tells her, “Let’s walk together and see what we can accomplish.” Even though she doesn’t know how many steps she has left before becoming a perfect reflection of Christ, she’s miles ahead of where she was several years ago. God is in her life 24/7.

Lauri feels strongly about sharing her story with others to let them know what God has done for her. And she wants others to know what He will do for them if they surrender to His power. She urges, “Submit to God and pray. Chat with Him like a friend. Surrender your control. You’ll come closer to God, and He’ll do more for you than you can imagine.”

“In this you greatly rejoice, though now for a little while you may have had to suffer grief in all kinds of trials” (1 Peter 1:6).

Lauri’s story shows how God uses our suffering to bring us closer to Him. She cannot picture how life would be if she hadn’t gotten cancer, but she knows it wouldn’t have been half as good as it is now. Being stubborn, it took something that would leave her feeling helpless and out of control to make her realize just how much she needed God.

Forty ordinary people intersected and transformed by an extraordinary God.

Something was missing from their lives; something more was available to them. Intersected shares the journeys of forty people who found that something—a personal relationship with God. The transformative power of God’s love comes alive in these inspiring stories of the difference God has made in the lives of people just like you.

God intersected forty lives in the midst of fear, depression, addiction, selfishness, pain, and emptiness, and invited them to discover a life of freedom. He offered them a choice: choose to continue on the broad road of destruction or choose to follow the narrow path toward heaven.

A few came to this intersection as young children, but most didn’t see their need for a Savior until the pressures of life became more than they could handle. All made the most important decision of their lives—to follow Jesus.

Author Kelli Kossel brings the forty testimonies to life with warm clarity in Intersected. The compelling stories express how God brought healing, love, joy, and peace into their lives. He’s waiting to do the same for you.

Kelli's interest in writing blossomed in the year 2000 after God made His presence known in her life. Out of nowhere, a line or two of a poem came to her mind. Soon after she wrote the lines, an entire poem had formed on the page. Within two weeks, Kelli had a collection of over twenty-five poems—all spiritual in nature. She knew the poems came from God, even though she was far from Him at the time. God was revealing His character and opening her heart.

Not until Kelli received Jesus as her Savior and Lord in March of 2008, did God give her a strong desire to write. Soon after, she began writing the story of how God pursued her and how He changed her heart and life. Then, in October of 2010, God called her to write Intersected—Kelli's first book.

Because of Kelli's intimate and rewarding relationship with God—the Father, Son, and Holy Spirit—she wants others to experience the deep joy and satisfaction that come from really knowing God in a personal way. She strives to ignite passion for God in others by sharing all that is available to those who follow Jesus Christ. The most powerful way Kelli can show people how God works is to tell them how He is at work in her life and in the lives of others.

For thirteen years, Kelli worked as a licensed acupuncturist in her hometown of Oshkosh, Wisconsin. She is now married and lives in Colorado Springs, Colorado. Kelli and her husband, Steve, moved there in October of 2014 under God's direction. Kelli and Steve Miller have a writing and speaking ministry called Spirit of Acts. You can visit their website at: www.SpiritOfActs.org.