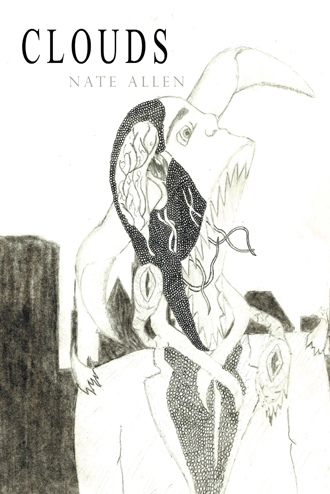 What Grant Smith loses at seven is much more than his father. He loses his faith, his happiness—his identity. The years turn him into a man without reason. At eighteen he is just as lost as when he was a child. All he wants is happiness. One day it is found in a cemetery in the form of a girl named Chelsea. She is damaged much like him. They fall in love.

Grant is a man haunted by things he has always avoided. Despite a new sense of happiness he can’t escape the darkness that was born within him. It manifests in the form of a father now transformed by his own demons.

In a dream he frenetically claims happiness. But, the father with a monster attached mocks him for it. The truth he doesn’t want to face is that he is not happy. Or if he is, he fears it is only temporary.

The war that started after 9/11 branches off into others; the president who promised change is reelected; a once bright future has become something bleak. The Draft is put back into effect.

On a day when two explosions paint the sky in Baghdad, Grant unleashes his darkness. Every choice has a consequence. His is unimaginable.

His father’s death left him a man without reason. The war leaves him a man changed for the worse. He knows of his darkness. He let it free. And now it threatens to take away everything he loves…

Nate Allen began writing his debut CLOUDS when he was sixteen years old. He has rewritten it five times over four and a half years. The idea for CLOUDS came when he was watching the sky and saw an image of death in the clouds. He lives in Rochester, Minnesota.