For the women gathered in Libbie’s parlor, no Sunday worship had ever been so important. Rose’s head spinned as she tried in vain to remember Bible stories of victory over seemingly impossible odds. She wished had a minister to take charge, to guide and comfort them.

Libbie sat at the piano, wringing her hands. She was an accomplished pianist, but today she couldn’t control her fingers. Her shoulders sagged; she stifled a sob.

Rose crossed the room, her full skirt stirring the hot air. Gently nudging Libbie over on the bench, she put an arm around her friend’s shoulder and squeezed.

Libbie whispers were punctuated by sobs, “I’m trying . . .  to be strong . . . because if I fall apart. . . how will the others manage? But I’m tired of being strong. I want to be comforted and reassured.”

Rose began to play “A Mighty Fortress Is Our God”.  A couple of voices feebly began, then faded away. Her voice alone finished the first verse, then she took her fingers from the keys and rested her hands in her lap. What was the use?

No one spoke, but each woman was thinking the same thing. What if the scouts couldn’t reach the men in time? Where were their loved ones that very minute? God would protect them, wouldn’t He? Wouldn’t He? Rose thought back to that first batch, the only batch, of letters, received more than two weeks earlier. Each woman had shared all but the most personal parts of her letters, and, to a man, the soldiers were jubilant and eager. And unsuspecting.

Of course, Rose had had no letters to share, and she had been bitter and resentful. Now she silently prayed, Dear God, I don’t care about not getting any letters.  I don’t care if he never writes me a letter. If you bring him back safe, I ‘ll never complain again. Promise! Just bring him back. Bring them all back.

Emma sat on the floor, biting her lower lip and resting her back against the sofa, With one hand, she mindlessly fingered one of Tom’s two Medals of Honor pinned to her bodice. Maggie lay with her head in Emma’s lap, chewing on a handkerchief wadded in her hand. Mary entered the room with a tray of lemonade, her hands shaking as she put it down.

The room was hot and silent except for the ticking of the grandfather clock. The silence hurt, but it hurt more to try to talk. Or sing. Even pray.

At that hour, hundreds of miles away, on a hill overlooking the valley of the , two hundred twenty-five bodies lay in the scorching afternoon sun. Beside them lay their dead horses, shot to provide some protection from the thousand Sioux and warriors who had swarmed the hill like ants at a picnic. One of the chiefs later remarked that it had taken less time to kill those soldiers than it usually took to eat a meal. The massacre over, the warriors had left the scene in search of other companies of soldiers, companies led by Captain Benteen and Major Reno.

At that hour, a mere observer would not have been able to tell that these bodies had been members of five companies of the Seventh Cavalry. Indian women and children combed the hill for the spoils of war, taking the wool uniforms, which would provide warmth for their men in cold weather. Rations were gobbled up by the hungry or saved for another time. Here a Sioux woman confiscated a gold watch, charmed by its shine in the sunlight. Over there, another looked with some interest at pictures of a wife and children, then tossed them aside. Everywhere the hot breeze picked up pieces of green paper for which the Indians had no use, the last pay the soldiers would ever get.

But, mercifully, the women in Libbie Custer’s parlor that Sunday afternoon could see none of this. As painful as this day was, there would come a time when the women would long to return to its uncertainty. It would be ten more days before they knew the truth. Ten days during which they could still hope, still pray. Ten days before their lives would change forever. 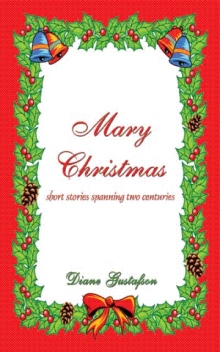 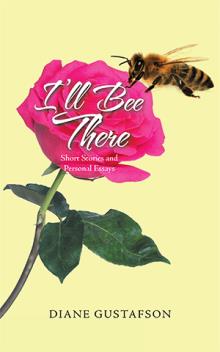 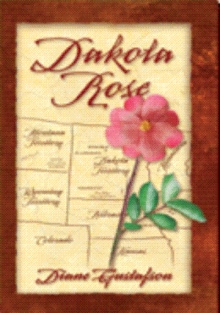 On , Sioux and warriors killed more than two hundred members of the Seventh Cavalry led by General George Armstrong Custer.  Outnumbered by more than four to one, the solders fought valiantly in what is now know as the of the Little Bighorn and Custer’s Last Stand.  Sharing the General’s fate were his nephew, his brother-in-law, and his brothers Tome and .  Little is know of the youngest brother, and Diane Gustafson has created for him a fictional fiancée.  This is Rose Chaplin’s story: her love for , her grief when he died, and her courage to love again.  It is also a record of a woman’s spiritual journey as she tries to find God’s plan for her life.