A Memoir of Survival, Denial, and Redemption 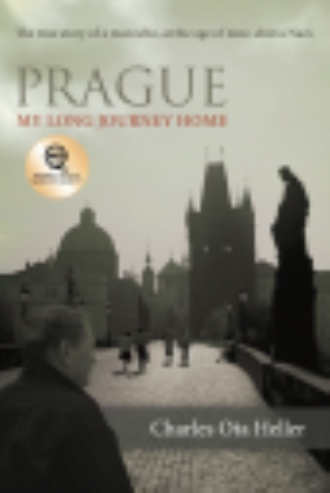 During the first week of May 1945, retreating German occupiers – soldiers and civilians, men, women, and children – filled every north- and westbound road out of Prague, hoping to be captured by civilized Americans, rather than the brutal Soviets. Although our village of Kojetice was two kilometers from the highway between Prague and the city of Mělník, German soldiers and workers had been passing through for several days on their way north. A few found temporary lodging before continuing; injured soldiers fleeing the front were treated in a make-shift infirmary in the elementary school. Two boys I met when I ventured out of the dark corner room in which I had been hiding told me that some Wermacht deserters had taken refuge in the outbuildings of the Vávra estate where we were living.
Like most Czechs, I found it difficult to believe that our hated oppressors were really running away. Now, my new friends and I decided to observe the exodus. We exited the estate surrounding “the Castle” – a one-time residence of the region’s major landowner, but now a dormitory for farm workers – through a rear gate, and we walked out to the highway. The Nazis were gone by the time we arrived. But, wanting to be unarmed when captured, the soldiers had been throwing away their military equipment along the way. In the ditch by the road, we found a treasure trove. There were gas masks, bayonets, helmets, binoculars, clips with bullets – and guns! I picked up a black Walther pistol. It was heavy and cold, but it gave me an unexpected jolt of power.
“I’m going to shoot a German,” I announced to my companions matter-of-factly, as I stuck the loaded pistol inside my belt. I remembered the boys’ comment about Germans hiding inside the estate courtyard and thus, in a flight of fancy and without consideration of the consequences, I knew my target. We headed back to the village, each of us with his favorite piece of loot. Along the way, the boys laughed at my bravado and teased me about having read too many Karl May cowboy and Indian novels.
We returned to the Castle by climbing over a wall surrounding the large estate. Once inside, we sneaked into the woods and to the edge of the courtyard. We crawled through thick brush to watch several men and women load boxes onto two gray trucks. A short distance away from us, a tall, blond, Aryan – a poster child for a Nazi propaganda billboard – was carrying a small table through a door and toward a truck. The man was dressed in dark trousers and leather boots, was hatless and wore a white undershirt and dark green suspenders. The boy named Pepík pulled his newly-obtained gas mask away from his face.
“Well, are you gonna do it?” he whispered.
I stared at him for a long moment, taking his dare as a signal that the man was one of the escaping Germans, and wondering if I had the courage to back up my boast. Finally, I swallowed hard and carefully drew the Walther from my belt. Getting on my feet, cocking the pistol, and assuming a two-handed pose I had seen in American cowboy movies before the war, I aimed at the blond-haired man’s chest. I squeezed the trigger. Bam! The noise was ear-shattering. The pistol recoiled and flew out of my hand, and I was propelled into the bushes.
“You got him!” screamed Pepík.
I crawled out of the brush and looked. The man was lying on the ground, while a woman was screaming in German from the doorway. Leaving the gun behind, I took off running as fast as I could toward the Castle, while my two companions scattered in different directions. I hid behind the brick building which had been my hideaway and waited for what seemed like hours, with my heart pounding wildly. Amazingly, no one had followed. After an initial crush of fear, I experienced an adrenaline rush unlike any I had ever felt before – or since. 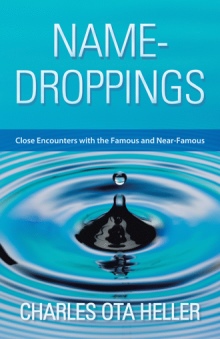 Author Charles Ota Heller’s early childhood in Czechoslovakia was idyllic, but his safe and happy world didn’t last long, Three years after his birth, Germany forced an occupation of his country; afterward, most of his young life consisted of running and hiding. His life, just like those of the other youths who lived in Europe during the late 1930s and early 1940s, was shaped forever by the dangers, horrors, and unsettling events he experienced.
In this memoir, Heller, born Ota Karel Heller, narrates his family’s story—a family nearly destroyed by the Nazis. Son of a mixed marriage, he was raised a Catholic and was unaware of his Jewish roots, even after his father escaped to join the British army and fifteen members of his family disappeared.

Prague: My Long Journey Home tells of his Christian mother being sent to a slave labor camp and of his hiding on a farm to avoid deportation to a death camp. With the war coming to a close, Heller tells of how he picked up a revolver and shot a Nazi when he was just nine years old.

Heller, now an assimilated American, left the horrors of the past—along with his birth name—behind to live the proverbial American Dream. In his memoir, he recalls how two cataclysmic events following Czechoslovakia’s Velvet Revolution brought him face-to-face with demons of his former life. On his personal journey Heller discovered and embraced his heritage—one which he had abandoned decades earlier.

Charles Ota Heller earned three engineering degrees and is an entrepreneur who founded several companies. Now retired, he devotes himself to writing. Heller lives near Annapolis, Maryland, with his wife, Sue. They have one son and three grandchildren. Visit him online at www.charlesoheller.com.